Several years ago, Cinda Klickna had a Korean foreign exchange student in an English class she was teaching in Springfield.

The student asked Klickna whether the correct use of the verb was “he doesn’t” because she was hearing a lot of other students say “he don’t.” Klickna assured her she was correct.

“‘But (these students) grew up here. They should know the language,'” Klickna recalled the student telling her. “That’s always stuck with me.”

Klickna, 69, who lives in Rochester, decided to do something about it.

The recently self-published book “Out of the Beaks of Birds: Our Crazy, Pesky…Verbs,” Klickna said, is the result of hearing students — and adults and media — use verbs incorrectly.

It breaks down a number of verbs in their present and past tenses along with the past participle form — “go,” “went” and “have gone” as an example, Klickna said.

In the book, the “teachers” are birds — cardinals, indigo buntings, Baltimore Orioles, blue jays and goldfinches — native to central Illinois.

“(Inappropriate grammar) continues to bother me,” said Klickna, who taught middle and high school English in District 186 for over 25 years. “When kids are little, we give them color books to look at and letters and numbers and what are we really doing to enforce the proper use of language?

“We know that if children hear words correctly, then when they come into kindergarten, they’re going to be ready.”

Klickna came up with the book idea as she was sitting on the porch with her grandson, Dominic, watching birds at the bird feeder.

“I would start making up these little stories using the verbs,” Klickna said.

The verb tenses are printed in the same colors as the birds, she noted.

Klickna hopes the book will be appealing at a number of different levels: for preschoolers, who can enjoy the illustrations of long-time District 186 art teacher Jim Edwards, and for second or third grade students just being introduced to verbs.

“Quite honestly, I kind of hope that when adults read it they think about what they’re using as far as correct grammar,” Klickna said.

Klickna, who served as president of both the Springfield Education Association and the Illinois Education Association, said a number of teachers were already using it with their classes. Klickna said it could also find use with day care centers and organizations that are helping people with English as a second language.

A glossary in the back of the book refers readers to a website for more information about the particular birds, including the sounds they make.

Klickna said this was her first attempt at a children’s book, so she had several teachers read the book and give her feedback on how it would fit with certain grade levels.

A long-time freelance writer, Klickna mused that she had three unfinished novels in her desk drawer.

“I thought it might be easy to write a novel, but it’s not,” Klickna admitted.

Edwards taught art for nearly three-and-a-half decades, including 27 years at Springfield High School where he finished up in 1994.

Edwards did artwork for three books written by another Springfield educator, Raymond Bruzan, who now lives in Rochester.

Is Klickna considering a series?

“I really went into it to help people learn the appropriate use of certain verbs and obviously there are many more that could be written about,” she said. “I already have my friends saying that I need to do a book about pronouns.”

Mon Dec 21 , 2020
Cape Coral, Florida saw net employment outlooks well above the national average. Getty One year ago, the country was celebrating a record-breaking stretch of job gains and an unemployment rate at a 50-year low. Few could have predicted the pandemic, and the devastating toll it’s taken on American workers. In […] 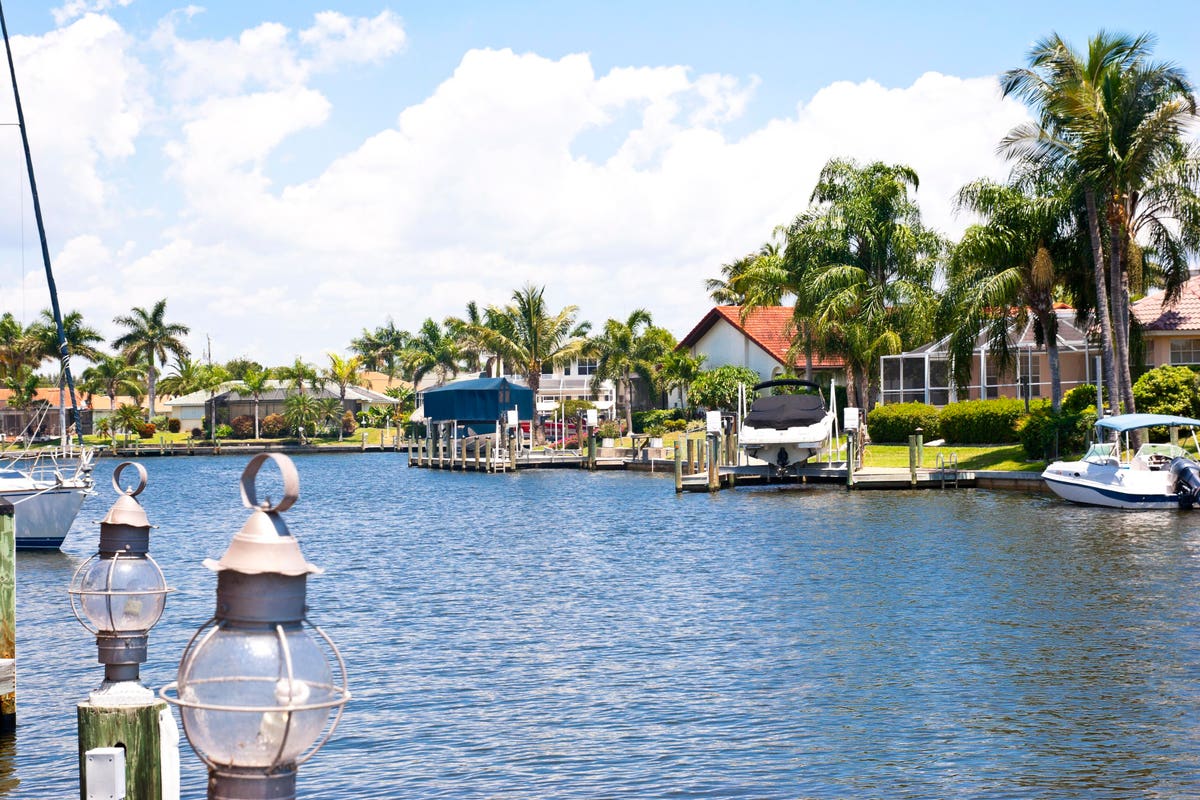