The Biden administration can now quickly do away with a controversial rule that limited the research some federal employees can use when conducting their work, after a federal judge ruled Trump officials improperly rushed it through.

The controversial Strengthening Transparency in Regulatory Science rule, colloquially referred to as the “secret science” rule by its supporters, was finalized by the Trump administration’s Environmental Protection Agency just two weeks before it left office. A federal judge in Montana issued a summary judgment on Wednesday evening finding the administration did not sufficiently justify why the rule merited a rushed implementation timeline. First proposed in 2018, the rule was met with significant pushback from critics who said it would improperly prevent EPA employees from using legitimate scientific research.

The rule limits agency employees’ ability to use data that is not fully available to the public. Opponents of the plan have argued that is often the case data is not public due to privacy concerns of individuals in testing and surveys. Lawmakers and thousands of commenters on the rule called it an attack on science that could have a chilling effect on career federal employees working on regulatory and enforcement issues. Former EPA Administrator Andrew Wheeler defended the rule as a pro-transparency effort that would give the public more confidence in the agency’s regulatory actions.

The rule now faces an uncertain fate, as President Biden has paused all regulatory actions pending on Jan. 20 for review by his administration. Biden had already identified the “secret science” rule for review, one of dozens of such administrative actions now under the microscope at EPA. Wheeler and the Trump administration had sought to avoid that fate for the rule, saying it was an internal issue that amounted to “federal housekeeping” and therefore could go into effect immediately when EPA attempted to finalize it on Jan. 6. Any finalized rule requires a much more time-consuming and labor-intensive process for repeal.

The judge dismissed that argument from Trump’s EPA, saying the policy amounted to a “substantive rule” and thus required 30 days before implementation as spelled out in the Administrative Procedures Act. The judge, Brian Morris, said a “housekeeping” rule would amount to “nuts-and-bolts procedural guidelines,” but the secret science regulation makes a determination “of how the agency should weigh particular scientific information” and deals with “outcomes rather than process.” Absent intervention from the Biden administration, the rule would now go into effect on Feb. 6.

Ben Levitan, a senior attorney at the Environmental Defense Fund, which brought the lawsuit against the rule, said the judge’s finding undercuts the rule’s legal basis and vowed to keep fighting until it is formally rescinded.

“The Trump administration broke the law by issuing a harmful rule to censor life-saving medical science, and broke the law again by trying to make the rule immediately effective,” Levitan said. “The Censored Science Rule weakens EPA’s ability to protect Americans from dangerous pollution, toxic chemicals and other threats.”

An EPA spokesperson did not say whether the agency would revoke the rule, noting only that it was under review.

“EPA is committed to making evidence-based decisions and developing policies and programs that are guided by the best science,” the spokesperson said.

Jennifer Orme-Zavaleta, a career EPA scientist currently serving as acting assistant administrator for the Office of Research and Development and the agency’s acting science advisor, added EPA has a robust scientific integrity program.

“It is essential that the environmental policies, decisions, guidance, and regulations that impact the lives of Americans are informed by the best available science,” Orme-Zavaleta said. “EPA will remain committed to ensuring that the Agency rests upon a strong foundation of science.”

Biden has made clear he will aim to give career federal scientists the ability to conduct their work without political interference, and issued a memorandum to that effect on Wednesday.

“It pulls the bottom out of all the regulatory and science decisions at the agency,” Costa said of the rule. “I know everybody is breathing a sigh of relief on this.” He cautioned, however, that relief could be temporary as it is likely “only a matter of time” until another administration seeks to reimplement the rule.

This story has been updated with comment from EPA.

Fri Jan 29 , 2021
DETROIT (AP) — Casting his climate policy as a jobs plan, President Joe Biden left out important context and used fuzzy math when he announced sweeping new green initiatives that he says will boost the U.S. economy with the creation of 1 million new auto jobs. That’s actually far from […] 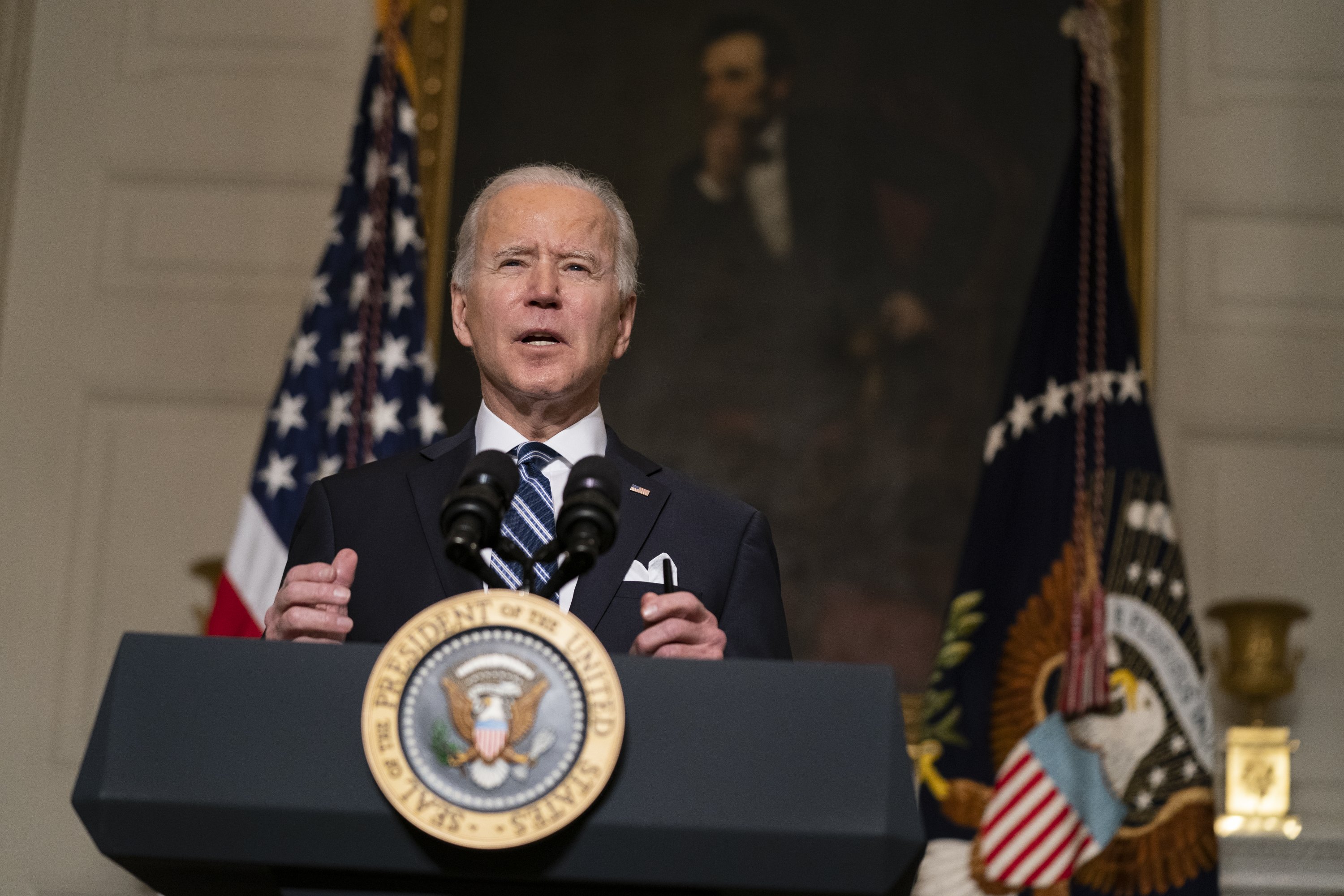