Most archaeologists investigate the remains of the past by fieldwork and studying artefacts, but for John Coles, who has died aged 90, this was never enough. When he was researching Bronze Age metalwork, he did his own experiments. He made a replica of a metal shield and tested its performance in a public swordfight with a colleague. When he examined prehistoric musical instruments, he drew on his talents as a brass player and tried them out, using the mouthpieces of a trumpet and a French horn.

And when he excavated the wooden trackways preserved by the peat of the Somerset Levels, he learned the arts of coppicing and woodworking so that he could make faithful copies of the prehistoric structures. He was a pioneer of experimental archaeology who brought the results of excavations and museum studies to life.

His practical approach to the past extended to many projects in Britain and Scandinavia, where he taught by example. His fieldwork in southwest England was instrumental in developing the discipline of wetland archaeology. His records of the drawings inscribed into rock outcrops in Sweden and Norway encouraged other scholars to investigate prehistoric art and showed how they could shed new light on the Bronze Age.

His writings taught archaeologists how to do fieldwork, and encouraged them to undertake their own experiments, from forest clearance to the construction of prehistoric houses and fortifications. At the same time he co-authored two books which influenced generations of students: The Archaeology of Early Man (1969) and The Bronze Age in Europe (1979).

John took an unorthodox route into academia. The son of Alice (nee Brown) and Edward Coles, he was born in Canada, where he worked in commerce for three years after graduating from the University of Toronto in 1952. But he found office work frustrating and was active in other fields. He won his tennis colours at university and was also a talented musician. (Later some of his students were under the illusion that he was the jazz trumpeter Wee Johnny Coles who had played with Duke Ellington.)

His interest in archaeology was first encouraged by his mother, but came to fruition when he visited mainland Europe as a tourist in 1955. With an introduction through a friend, he was invited to tea with Grahame Clark, archaeology professor at Cambridge University, and was accepted as a student on the spot.

He began his studies without any knowledge of the subject, soon developing an enthusiasm for French and Spanish cave paintings. Then, in 1957, he moved to Edinburgh University. There he had planned to do research on the Picts, who also produced extraordinary art, but his supervisor, Stuart Piggott, persuaded him that the Scottish Bronze Age would make a more promising subject. He took to it immediately, completing his doctoral thesis in less than two years. He also excavated a burial mound, settlements and caves in the north.

By 1960 his research had become well known, and with the backing of both Piggott and Clark he was appointed to a lecturing post in Cambridge, where he worked for more than quarter of a century, teaching generations of students who were to include many of the most influential figures in archaeology. He also taught Prince Charles. John did more than his share in the work of a department which in the early years was led by Clark, who had no appetite for university administration.

In 1980 John became professor of European prehistory. Throughout his career he played a part in the organisation of British archaeology. He was elected to the British Academy in 1978 and was awarded an honorary doctorate by Uppsala University, the European Archaeological Heritage prize, and the gold medals of the Society of Antiquaries of London and the Swedish Academy of Letters, History and Antiquities.

In 1985 he married Bryony Orme, his collaborator in the Somerset Levels Project, and in the following year left Cambridge and moved to Devon. There they worked together as new discoveries were made during peat-cutting and extended their interests to other wetland environments.

John also returned to his early interest in prehistoric art, recording and interpreting the drawings of weapons, people and boats pecked into the rocks of northern Europe three thousand years ago. Many of these panels were documented in detail for the first time. As part of this work he produced two guidebooks to share his results with the public, Images of the Past (1990) and The Rock Carvings of Uppland (1994). This was an enormous undertaking and extended over three decades. The project was conducted with a few friends during what might have been mistaken for his retirement.

John’s energy and output were legendary. He was approachable, enthusiastic and persuasive. He had this advice for anyone contemplating a new project: “Do it yourself, do it now, and do it quickly.” He was as good as his word, and the results of his researches were promptly published, lucid and influential. Such was his vigour and productivity that a conference to celebrate his 65th birthday was held two years afterwards because no one could believe his actual age.

He is survived by Bryony and by two sons and two daughters from his first marriage, to Mona Schiach, which ended in divorce. 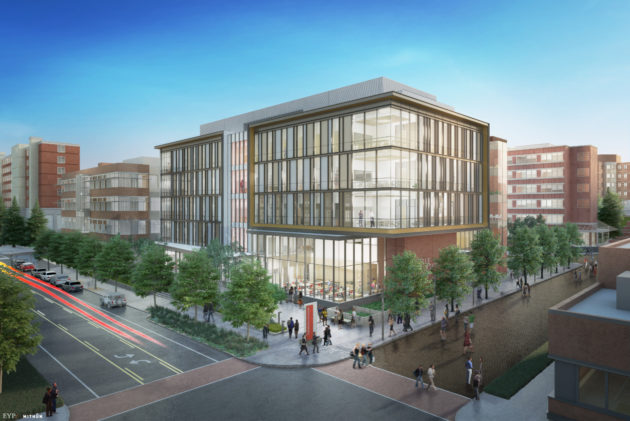