Japanese exchange students from Kansai University in Osaka, Japan, are pictured in downtown Lawrence in August of 2020.

Students who study abroad are often faced with adjusting to a new culture, learning a language and coping with being far from home. Now imagine all that — plus a global pandemic.

That’s what Hanae Matsuda, Rena Nakamura and 10 of their classmates from Kansai University in Osaka, Japan, experienced for the past nine months during their exchange program through the University of Kansas. When the Japanese students arrived in the United States in early March, COVID-19 was already spreading in Japan, so the students quarantined for 14 days. But when their 14-day period was up, the United States was just beginning to shut down.

The students’ classes moved online and they spent a lot more time alone than anticipated. The internships they had planned to do were canceled and replaced by volunteering opportunities at local nonprofits. The 12 college students also experienced firsthand the racial and political tension that, along with the pandemic, made 2020 a year unlike any other.

Aaron Huerter, assistant director of KU’s International Short Programs, said that while the students’ experience wasn’t like they thought it would be, they made the most of it.

“In some ways, I think they probably know more about Lawrence and the people of Lawrence than any of our other groups have ever known because they just jumped in with both feet on everything that we did,” he said. The nine-month study abroad program has existed for around 11 years.

Matsuda and Nakamura, who did a Zoom interview with the Journal-World on Dec. 15, both said they had good experiences, despite the circumstances.

Japanese exchange students from Kansai University in Osaka, Japan, are pictured in Kansas City in August of 2020.

Nakamura said the spring and summer seasons were stressful and lonely for her because classes were online. But once she was able to start attending some classes in person during the fall semester, Nakamura said she was busy studying and making friends.

“So I didn’t have much time to contact my friends and family,” she said. “And now I don’t miss them so much.” The students returned to Japan earlier this month.

Matsuda said she was grateful to be in the United States this year, because she knew her experience was unique. And while she and her other classmates from Kansai University were often physically separated, “mentally, we were much closer,” she said.

During their stay, the students were supposed to complete 32 hours of work in an internship at a local company. But that turned out to be infeasible because of the pandemic, so instead the group volunteered at local nonprofits that were doing pandemic-related activities.

“I felt the connection with local people in that kind of volunteering activities,” Matsuda said. “In Japan there are not welfare services like that so that was a good opportunity for me to learn about how (the) American welfare system works.”

Hanae Matsuda participated in a Habitat for Humanity project one Saturday during her 9-month exchange program through The University of Kansas.

Students from Kansai University in Osaka, Japan, participated in a Habitat for Humanity project one Saturday during their 9-month exchange program through The University of Kansas. From left are Nao Morimoto, Nazumi Matsumoto, Rena Nakamura and Shota Watada.

Huerter said it was difficult balancing the students’ physical and mental well-being during their stay.

“It’s been really tricky and challenging, especially for those of us who work in student services and student programming,” he said. Giving the students experiences and keeping them physically healthy was no easy task.

“We did about anything we could think of that wasn’t inside and that we could kind of socially distance and follow all those protocols,” Huerter said.

The group had a picnic at Clinton Lake, visited the Kansas City zoo and did a holiday light tour at the Deanna Rose Children’s Farmstead in Overland Park, among other activities. Nakamura said she went to a church service once and joined a friend’s family for their Thanksgiving meal.

Matsuda and Nakamura said they enjoyed Lawrence. They particularly liked the welcoming nature of the community.

“There are only a few Japanese in this town, but I feel like people’s capacity to accept all kinds of people (was) much bigger than I expected,” Matsuda said.

For Matsuda, the biggest cultural difference she noticed was how vocal Americans are and how they value their different personalities. Japanese people, she said, tend to not express themselves and to hide their feelings. She said she felt like she had many opportunities to give her opinion to others.

Nakamura added that she was surprised by how Americans compliment strangers on the street.

Overall, Huerter said he was happy with how involved the Japanese students were in the Lawrence community throughout the pandemic.

“I think instead of kind of separating out and having just one experience at one place, they kind of saw a whole gamut of what was happening in the Lawrence community during this crazy time,” he said. “And then they really took part in that.”

Top Stories of 2020: How the events of this year upended the worlds of tech, science and more 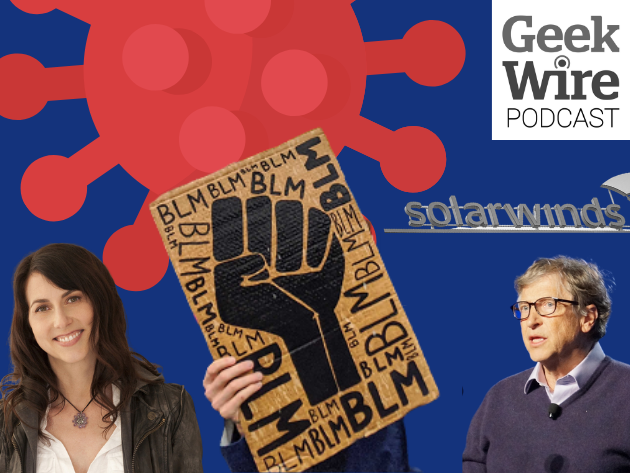