It’s one week into Homeschooling 2.0 and the atmosphere in many – if not all – homes in the State stands in marked contrast to the pandemic panic of last year’s lockdown.

“It is completely relaxed,” says Cristina Grifoni, a Dublin mother who is homeschooling her son.

“For us it’s like being on holidays as, so far, my wage has not been stopped or reduced, even though the preschool where I work has closed down after the Level 5 restrictions.”

Pauline Minsky, mother of an eight-year-old, says she had a terrible experience last year. This year, it’s very different.

“He suffered a lot of anxiety during the first lockdown. A previously very happy boy, loving life at school, his friends and his sport, he became angry and had lots of tantrums.”

This week, instead of work landing by email, he gets three or four 40-minute classes, broken up with breaks, between 8.30am and 2.10pm.

“It’s really amazing. I worked alongside him today. All smooth. I feel the pressure off me as a parent,” she says.

But many others – especially those with multiple children or students in exam years – are still feeling the strain.

Many say their children are not getting enough live classes to keep occupied while they juggle their day jobs.

“We obtained a list of activities that should be completed on Seesaw. It really is like doing a longer version of homework,” says Mary Brennan, a mother of three whose children are in third class, first class and junior infants.

“There is no direct teaching done via Zoom or anything, so they are not learning anything new. If a parent can’t supervise the homework it won’t get done. It is very stressful, but we do what we can.”

Chiara, who has three children, is also struggling to homeschool her three children alongside her husband. Both work in busy “high responsibility” jobs and cannot take leave.

“Last week I got an average of four hours of sleep at night, as 10pm to 3am was the only time I could sit and work at my desk without anyone coming to me every five minutes.

If you’ve ever had a Zoom wine party with your friends and there are more than four or five people, it gets chaotic. The same is true in a class

“This week it is even worse, with Zoom meetings and calendars from school to mix and match and homework assignments to complete.”

Simon Lewis, principal of Carlow Educate Together National School, is hearing demands from many parents for live-streamed classes to keep children occupied.

The reality, he says, is live-streamed classes do not work as well for younger children.

“If you’ve ever had a Zoom wine party with your friends and there are more than four or five people, it gets chaotic. The same is true in a class –if a class is live, you also lose about a third of the class because they aren’t able to get online,” he says.

A key learning from the last school closures, he says, is getting the right mix. Pre-recorded videos work well by introducing pupils to concepts and allowing pupils to apply their learning offline.

A couple of live-streamed meet-ups are a good way to check in with pupils, he says, and for them to see their friends.

That said, he says, there is still no replacement for in-school tuition.

“If remote teaching was as effective as face-to-face teaching, we’d be doing it. School would have moved on as a concept,” says Lewis.

“Filtering education to children is a tiny part of our jobs. All sorts of other learning takes place in class such as the social aspects and co-operation… you can’t do most of that remotely.”

The demand among school leaders to improve online learning is huge, he says. This week he spoke at a webinar giving advice to other principals and teachers on remote learning; 800 tuned in, with just a few days’ notice.

“The positives this time around is that we’ve had time to teach children how to use the online platforms. Children have access to textbooks as well. On the ground, people are talking more positively about remote learning this time around.”

The needs at second level are very different. While pupils are better able to learn online, many schools report that exam-year students feel anxious and isolated from their peers.

The contagion of anxiety happens when students feel lost in a vortex. At the end of our assembly, we say that we’re here for you and we love you

In response to this, Orla Walsh, deputy principal at Mount Sackville Secondary School, says her school has taken a very different approach to remote learning this time around.

For the girls the new rules involve wearing the official red or white school hoodie; being at a desk or table at 8.30am sharp; keeping the camera on their computer on during class.

“We all feel much better prepared this time around and they key to that is structure,” says Walsh. “It’s something they love and need.”

Classes follow the regular school timetable but are shortened from 45 minutes to 30 minutes, to give students a break.

There are school assemblies for certain classes on certain days, along with one-to-one support where it’s needed.

“The contagion of anxiety happens when students feel lost in a vortex. At the end of our assembly, we say that we’re here for you and we love you – we gee them up and say that we’ll be ok, and that we’ll mind them and they will achieve their goals and potential.”

While there is no replacement for in-school tuition, Walsh says there have been some unexpected benefits to online learning.

“Online at least we get to see their beautiful faces smiling back at us; they’re not hidden behind masks. We feed on the energy of the girls,” she says.

Tbe school’s computerised academic tracking system helps alert teachers to when a student is falling behind and needs more help. A move to “flipped classrooms”, where students present work in class and learn in their own time with others, is also a new development.

“This time last year none of us knew what Zoom was. Now, it’s part of our vocabulary. We’re not afraid of remote learning anymore. We’ve had training, we’re prepared. This is all about letting students know that we stand shoulder-to-shoulder with them through everything.”

Sat Jan 16 , 2021
FRISCO, Texas – Evidently, and to paraphrase Bill Parcells about finding quarterbacks or offensive tackles, same applies to hiring NFL head coaches: You just can’t go down to Texaco and pick one up. Pity the NFL owner. They either have no clue when it comes to hiring a head coach, […] 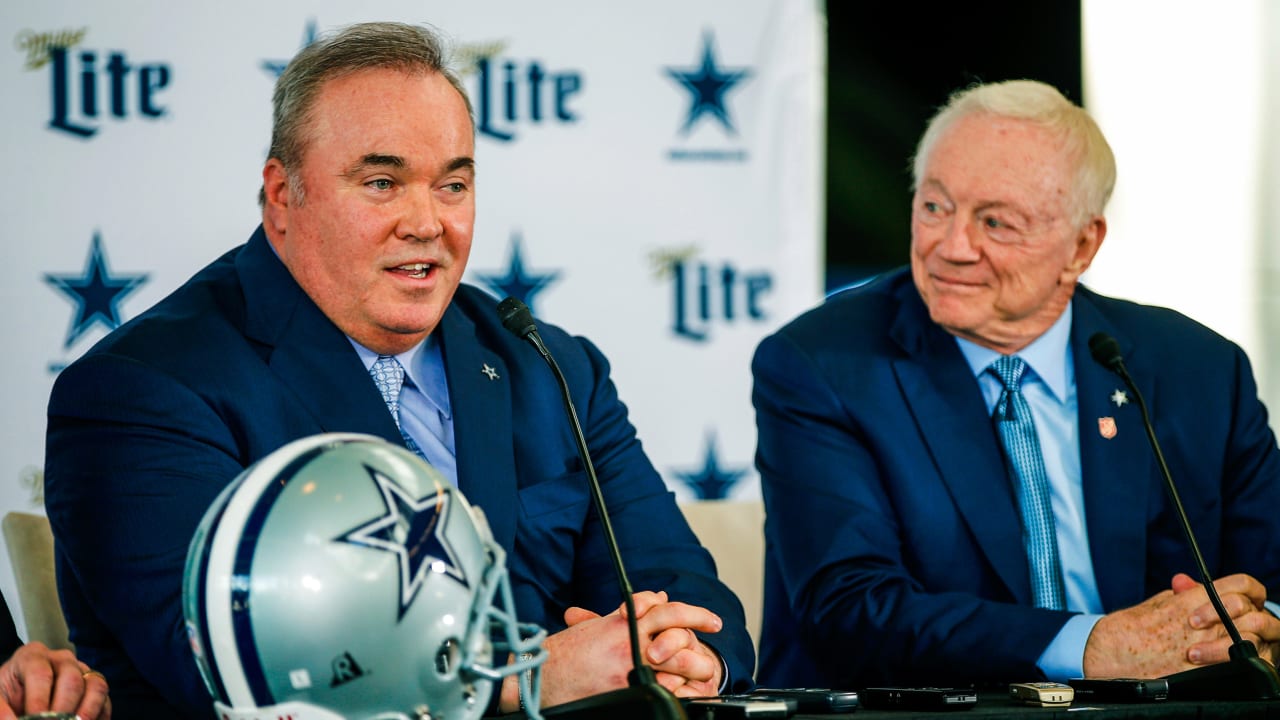