We are two early-career scientists and mothers who regularly conduct fieldwork in the Arctic, where travel can take days, and is often weather-dependent and limited to a few months of the year. As with other fieldwork locations, there are often no stores or services available nearby, and mobile or Internet connections are frequently dependent on satellite communication, if available at all.

To thrive and survive in academia, researchers must overcome numerous obstacles. Those with young children can face even greater hurdles, particularly if they have dedicated field programmes1. One way to address this is by challenging the myth that scientists are people who can devote all their time to research, with few or no family responsibilities to hold them back. Funding agencies spend millions of dollars training graduate students to conduct science, but these investments can evaporate if researchers leave academia or fieldwork-based research after becoming parents. Our experiences of bringing our families along when working in remote places show that it is possible to balance such research with family life if the right support is there (See ‘Tips for conducting remote fieldwork with children’).

Fieldwork is fundamental to many disciplines, providing data and forming and advancing knowledge. But although practical support for scientist-parents is growing (many conference organizers, for example, now provide childcare), policies around fieldwork have remained largely stagnant. This means that many early-career researchers might not be able to carry out field activities in remote regions when also caring for young children. That needs to change. Not everyone can bring their children with them; for example, the presence of minors would be a safety concern on ships and at some Arctic research stations.

We ask academic collaborators, logistics companies and funding agencies to consider increasing their support for scientist-parents wanting to conduct fieldwork in remote regions — either with or without their children.

M.W.J., for example, has done remote geomorphology fieldwork since 2013, including trips to the Ellesmere and Axel Heiberg islands in the Canadian High Arctic; to Svalbard, Norway; and throughout Alaska. During her graduate studies, she completed ten seasons and acquired skills in summer and winter remote camping, advanced wilderness first aid, firearms use and remote communications.

• Ensure you have trained in, and gained experience of, the geographical area you are going to, and evaluate the risk of bringing your children. Make sure that you or someone on the team has first-aid training, preferably specific to emergency treatment in the wilderness. Paediatric training is also important because some treatment procedures differ for children.

• Always have a communication device with you, either to communicate with other members of the field crew, or to seek help in a potential emergency. (For the first purpose, you could use an off-grid device such as a goTenna, made by the New York City company of that name; for the second, a satellite texting device, such as an inReach from Garmin in Olathe, Kansas, or a satellite phone, are options.)

• Think ahead about potential scenarios and how you might tackle them using what you will have on hand. Consider small problems, such as running out of baby wipes, as well as big ones — such as what to do in wildlife encounters.

• Have gear for all weather conditions, and wear brightly coloured field clothing for increased visibility.

• Give your child their own field notebook and field jobs — even pretend ones. M.W.J.’s daughter enjoyed overseeing pin flags and poking water ponds with sticks, and it kept her busy while M.W.J. made measurements.

• Give your child space and freedom to adapt. Adjust your field expectations. Toddlers are slow and get distracted easily. You may have a day when nothing gets done — breathe deeply and try again.

• Promote a diverse and inclusive atmosphere at field stations and camps — one that fosters dialogue and interactions between researchers, particularly those with children. This will broaden participation for the next generation of field researchers.

These fieldwork skills made her feel comfortable about bringing her daughter to the Teshekpuk Lake Observatory (TLO) in Arctic Alaska, which is about 130 kilometres southeast of Utqiaġvik — the nearest settlement and the northernmost community in the United States.

That was in 2019, when her daughter was less than two months old and exclusively breastfeeding. M.W.J.’s husband, who established and directs the TLO, is also a scientist at the University of Alaska Fairbanks (UAF) and an advocate for enhancing diversity, equity and inclusion in Arctic field-research programmes. The two shared parenting duties at the remote research station, and ensured that the presence of a young child was welcome and accepted among field crews ranging in size from 5 to 11 researchers.

Their daughter joined them on two further trips to the TLO, in 2020 and 2021, because COVID-19 lockdowns prevented family members from travelling to cover childcare. Now aged three, she also regularly goes on fieldwork day trips in the Fairbanks area.

M.B. had her son during her PhD studies at the Center for Permafrost (CENPERM) in Copenhagen. The head of the centre frequently took his two young daughters with him to Greenland to do fieldwork and encouraged her and other staff members to follow suit with their toddlers.

Part of her work takes place at the Zackenberg Research Station in northeastern Greenland. Only people with a scientific, educational or cultural purpose may enter this remote region, so she can’t take her son with her. During periods of intense fieldwork, which often last several weeks, her husband looks after him alone, at their home in Montreal, Canada. She has, however, brought along her son, now aged eight, when she has travelled to Greenland’s capital Nuuk to give talks, teach and attend meetings. Similarly, when her son was four, her husband, also a scientist at McGill University, Montreal, had taken him to research-group retreats, with support from his principal investigator.

Getting everyone into the field has challenges. M.W.J. has discovered that her child’s presence in rented vehicles often violates the insurance policy of the company that manages her research logistics. As a result, she has been forced to rearrange fieldwork travel, or even cancel it at the last minute. This continues to be a barrier for M.W.J. and other scientist-parents. She must pay upfront for rental vehicles that are permitted to travel on gravel roads — a large financial cost — and then be reimbursed later. Her daughter is also not allowed on chartered aircraft provided by the support and logistics company, forcing her and her husband either to make other charter arrangements at the last minute, or to pay out of their pockets for family members far away to cover childcare.

Funding policies related to childcare costs are very patchy globally. We argue that parents in the field should be able to claim the costs of home childcare — or that policies should cover costs, such as airfares and a carer’s salary, associated with bringing carers and children to the field.

Good models of support already exist. Denmark’s Carlsberg Foundation, which previously funded M.B., awards extra financial support to researchers with parenting responsibilities through its Internationalisation Fellowships. The National Geographic Society in Washington DC allows for dependant care as a line item on all grant applications and expenses, but requires written justification. The US National Science Foundation offers supplementary funding through its Career-Life Balance initiative to support extra personnel, such as research assistants or technicians, who can stand in while a research-team member, graduate student or postdoc takes family leave.

Scientist-parents who are required to do fieldwork, or to carry out research in remote regions, must ask for the support they need. This requires a culture change in academia among peers, to increase awareness of how common parenthood is. As a first step towards normalizing the idea of doing fieldwork with children, researchers should include photos in lectures and scientific presentations showing children on-site, and should use children to provide a sense of scale in field photos. This can help to inspire students, scientist-parents and future parents.

The COVID-19 pandemic has shown us the difficulties that can arise for parents when childcare networks break down. Scientist-parents have always had to overcome challenges to conduct fieldwork. We hope the resilience that has emerged in response to the pandemic — such as greater tolerance of background noise and interruptions by children, pets and partners in virtual meetings — will extend to increased support for scientist-families wishing to conduct work in remote regions around the globe.

Sun Jul 24 , 2022
When Pamela Pommer sees how much her retirement funds have dropped in value, she tries hard not to panic. The retired human resources administrator instead put off window and driveway repairs and may get a roommate to help make her retirement funds last a bit longer while inflation and the […] 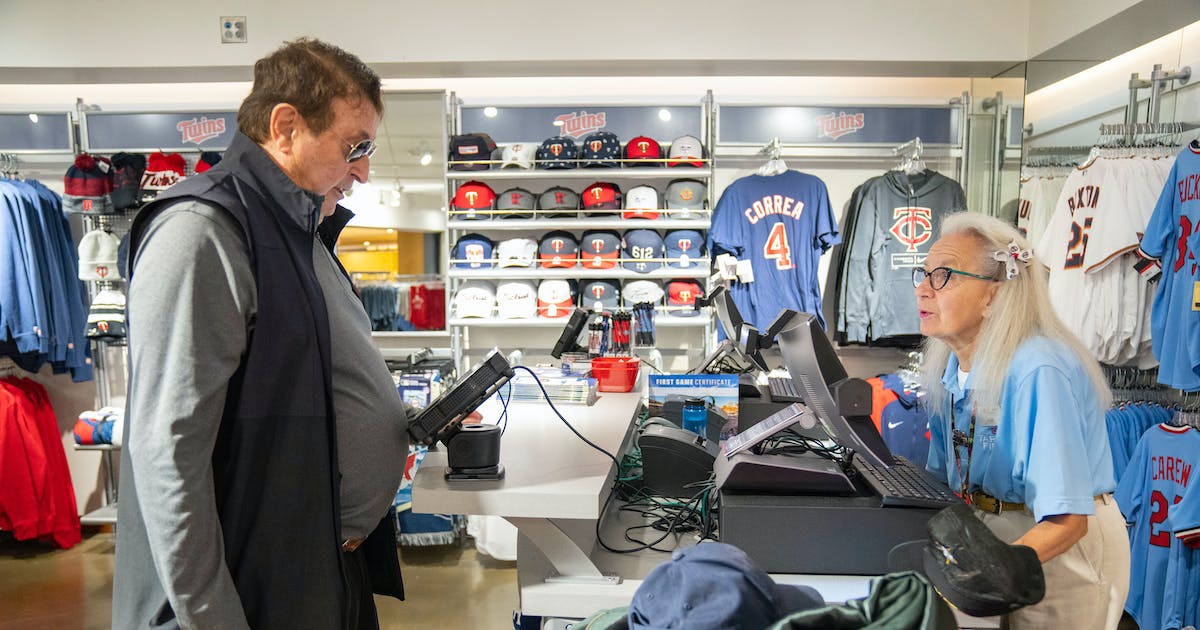