International student enrollment is down 13 percent at Texas’ public colleges and nearly 12 percent at private or independent institutions compared to a year ago, according to preliminary numbers from the Texas Higher Education Coordinating Board.

The COVID-19 pandemic has caused “the most significant disruption to higher education institutions since the end of the Second World War,” the board reported, noting the dire effect on enrollment and college completion, particularly for international students.

In San Antonio, the effects have varied sharply.

Before the pandemic, the University of Texas at San Antonio had expected a slight increase from its fall 2019 enrollment of 980 international students. Instead, it saw a 5.4 percent decrease, to 927 students.

The University of the Incarnate Word has 407 international students, compared to 496 last year, a drop of nearly 18 percent, mainly because it had to cancel its student exchange program, said Marcos Fragoso, the university’s vice president for international affairs.

The number of international freshmen actually increased from 20 last year to 34 this year. Fragoso said he does not expect the numbers to improve much in the spring semester because exchange programs will still be off the table, but administrators are optimistic that international students will be back in full force by this time next year.

“This year has been difficult,” he said. “But for the fall semester in 2021, now that there is a light at the end of the tunnel with a vaccine available, we really think that we will increase our numbers.”

Trinity University officials think it might take up to five years to shake off the effects of the pandemic, though its 9 percent drop in international student enrollment amounts to only 10 students compared to last fall, said Laura Rodriguez Amaya, the assistant director for international student and scholar services.

Trump administration policies have been a factor, as many new students struggled to get visas and did not want to do their first semester at Trinity remotely, Rodriguez Amaya said.

“There was a lot of confusion about what students could do or not,” she said. “Our international students, beyond their economic impact, they do bring a wealth of knowledge, cultural competencies and experience that enrich our campus, our intellectual discussions.”

St. Mary’s University has 161 degree-seeking international students, compared to 188 enrolled last fall, a drop of about 12 percent. But the numbers are up for first-year students and those in graduate programs, according to Rosalind Alderman, vice provost for enrollment management.

Some international students are continuing their studies remotely. The Rattler Men’s Soccer captain Deni Cresto, a junior studying exercise and sport science, has continued his St. Mary’s coursework online from his home country of Brazil.

“I try to keep up with a daily schedule, going to bed and waking up at the same time, training in the morning, and studying and having online classes in the afternoon,” Cresto recently told the University’s alumni magazine, Gold & Blue.

Texas A&M University at College Station, which the institute ranked 21st for international students last year, saw a 5 percent decline, including those enrolled outside of the United States, according to a university spokeswoman.

The University of Houston experienced roughly a 6 percent decline, and Rice University saw its degree-seeking international population dip by 2.5 percent.

“For international students, this immediate challenge can have long-term implications for themselves and the academic communities that rely on them,” the coordinating board wrote in its statement.

That means financial consequences, including the reduced collection of tuition and fees for the institutions, especially those with high international enrollments.

This revenue stream isn’t as relevant at UT-Austin, which has worked since March to pivot to a hybrid format that can engage the international community, said Sonia Feigenbaum, its vice provost for global engagement.

“We look at our international students like our domestic students. They contribute to the diversity of the student body,” Feigenbaum said.

UT is optimistic that it will welcome more international students in the future — particularly with consulates around the world reopening and promising research and development of vaccines, she said.

The economic impact across the United States is also notable.

The National Association of International Educators reported last month that the economic contributions of more than one million international college students studying in the U.S. decreased by $1.8 billion this academic year — down 4.4 percent from the $38.7 billion that international students and their families contributed during the 2019-2020 academic year.

It’s the the first time NAFSA has seen such a decrease since it began calculating the impact more than 20 years ago, according to a release.

“The positive news is that leaders and faculty across Texas higher education institutions have been working tirelessly to support all students’ continued academic progress and success, including converting nearly all of their courses to online delivery, which is a benefit to our scholars from Texas and across the nation and globe,” the coordinating board wrote. 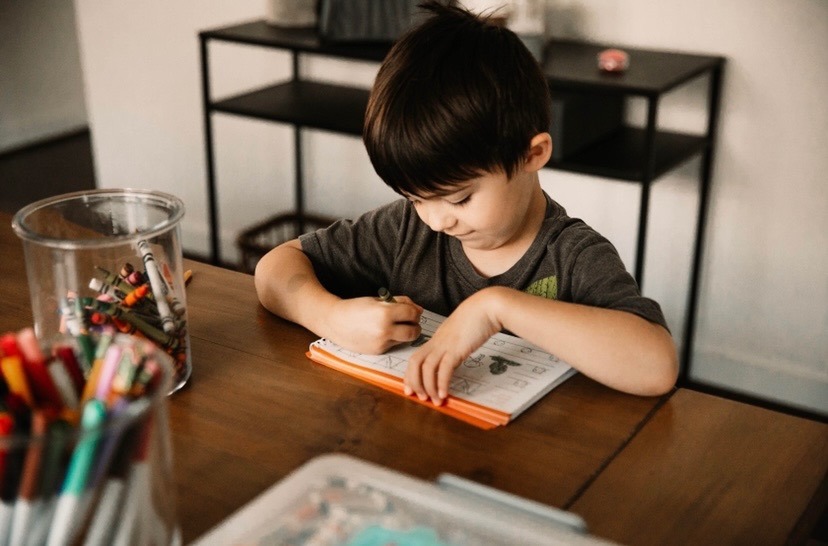