York University says one of its instructors is no longer teaching a course after an interaction with a student located in Myanmar, who was seeking an exam deferral.

The student made the request because of an impending countrywide communications blackout due to political unrest, but the instructor replied to the student saying: “Even the internet came down with COVID-19?”

Screenshots of the messages between the student and an instructor at the school’s department of mathematics and statistics circulated widely online Thursday.

In them, the student is seen explaining that all cellular and internet services will be cut off “indefinitely” amid Myanmar’s military coup.

“May I please get a deferral,” the student asks, alternatively asking if the weight of the midterm test might be applied to the final exam instead.

WATCH | Students ‘appalled’ by instructor’s response to request for accommodations: 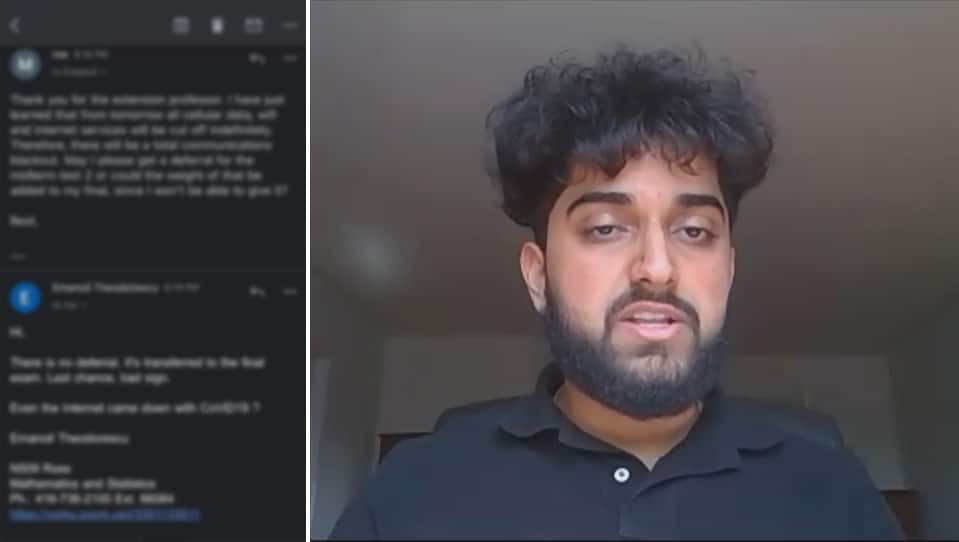 Students at York University took to social media to express concerns about one of their professors. As Greg Ross reports, it stems from an email exchange with the instructor and a student who lives in Myanmar, where a military coup has taken control of the country. 2:22

The instructor denies those requests, saying that there will be no deferral or changes made in weighing evaluations.

“Last chance, bad sign. Even the internet came down with COVID-19?” the instructor is seen responding.

In turn, the student replies: “The internet did not come down with [COVID-19]. There was a military coup where I am living and almost 200 protestors have been shot [as of] now. The regime has decided to shut off all communications by tomorrow.”

The student then writes to the instructor again, this time to confirm if they should be worried about missing the test.

“Of course you should. The next time you miss something, it’s over,” the instructor responds.

“By the way, your remarks (both related to this course and to your home country) made me wonder how you understand reality,” he continues. “People don’t get shot for just protesting, but for a lot deeper reasons.”

A classmate said the entire interaction occurred in a first-year statistics course group chat, which was public to students in the class.

CBC Toronto is not naming the instructor until they’ve had adequate time to respond to questions.

Ritvik Sahajpal is a student in the first-year statistics course and part of the group chat where the messages were posted. He said he took screenshots of the exchange in order to send them to university officials and media outlets.

“I was so appalled at how that [instructor] was treating that student,” he said.

Following the university’s public response to the altercation on Thursday, Sahajpal said students were disappointed by the statement, which he called “too vague.”

He said he would have liked the repercussions against the instructor in question to be communicated to his class.

At the time of interview, Sahajpal said he didn’t know whether or not this instructor would still be teaching his class.

The university’s chief spokesperson Barbara Joy confirmed on Friday that “alternate arrangements for the teaching of the course have been made.”

The university described the interaction as a “serious student accommodation matter” in an earlier Thursday night statement, which also said it didn’t meet the school’s values. It added that senior staff from the faculty were able to make contact with the student in question to express their support and assure them that necessary accommodations would be granted.

“York University is committed to upholding and promoting the values of respect, equity, diversity, and inclusion across our campuses and in our communication,” Joy had said.

The statement did not describe the specific interaction or name the instructor involved. But asked by CBC News if the screenshots circulating Thursday prompted the school’s statement, Joy confirmed they did.

The statement also said “appropriate actions were immediately initiated” after learning of the exchange.

The university would not directly confirm if the instructor was fired.

We Need Social Science, Not Just Medical Science, to Beat the Pandemic

Sun Mar 21 , 2021
As with most disasters, when the history of the COVID pandemic is written, there will be a fair amount of finger-pointing involved. Much more could have been done to mitigate the coronavirus impact in the United States, but in reality, there are very few countries that totally escaped this scourge. […] 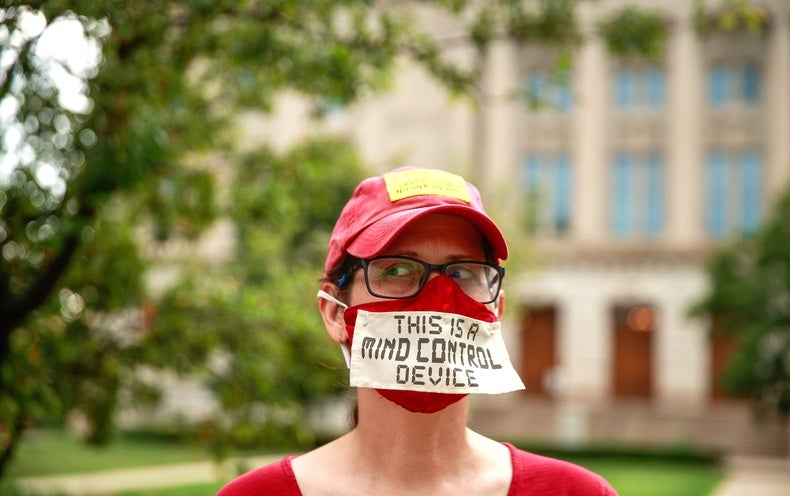