If the Keanu Reeves’ pedal-to-the-metal thriller “Speed” had a COVID-19 sequel, James Heath would be a worthy candidate for a lead role. As the president of Seattle’s Institute for Systems Biology, Heath has been working at a breakneck pace to tease out COVID’s biological secrets to advance the understanding and treatment of the novel coronavirus. He boarded his metaphorical racing bus nine months ago.

“This has been crazy,” Heath said. Pre-pandemic the chemist and biotech entrepreneur was conducting cutting-edge cancer research. “Doing cancer immune therapy is fast moving,” he said, “but it’s downright sleepy compared to this. Most of us haven’t taken a day off since March. Not even Sundays. No day at all.”

Heath and colleagues have been collecting blood samples from people shortly after they are diagnosed with an infection and following survivors through their recovery. Their results from a study of 139 infected people ranging from mild cases to hospitalizations and from an additional control group were published this week in print in the peer-reviewed journal Cell. Another paper on less severe cases is in review.

Most of us haven’t taken a day off since March. Not even Sundays. No day at all.

The scientists are deconstructing the human biological response to COVID by studying thousands of markers found in blood and plasma. That includes proteins, metabolites, and gene sequences for receptors found on immune-system cells. The objective was to cast a broad net rather than to focus on a certain set of immune cells, for example, in order to capture the big picture of what’s going on. The approach gives insight into the functions of various organs as well as the immune response.

It also generates a massive volume of information. The Institute for Systems Biology scientists are using Amazon Web Services (AWS) to coordinate the research with patients, collect clinical data and process the vast numbers of data points. The cloud resources also help them collaborate with other researchers.

Support for the project came from the COVID-focused AWS Diagnostic Development Initiative, which provided AWS in-kind credits and technical support. Amazon did not disclose the monetary value of the assistance.

The study’s results delivered some surprises, Heath said. There were distinct immune response differences between mild versus moderate or severe infections. In the sicker patients, the scientists found all of the varieties of immune cells they would expect to see, as well as some that were novel or dysfunctional. They also discovered anomalies in the metabolites — the products of metabolism — in hospitalized patients.

“The viral infection is demanding a stronger and stronger immune response from the patient, but the metabolites are vanishing,” Heath said.

The result suggests that there might be non-pharmacological, dietary supplements that could help sick patients, but it’s not clear yet what they might be — and there’s a risk that the wrong supplement could make things worse. Heath said they’ve been in conversations with nutritionists to be understand the implications of this effect.

In their work at Institute for Systems Biology, a 20-year-old nonprofit biomedical research organization, Heath’s lab describes itself as tackling “fundamental scientific bottlenecks.” Going forward in the realm of COVID, the group is focusing on three areas:

For all of the long days toiling over COVID, Heath said he expects lasting benefits to the research field. Given the urgency of the situation, his organization developed new protocols for collecting blood samples that should make it easier to recruit study participants for projects in the future. The pandemic has demonstrated a new level of collaboration between research institutions and the pharmacological sector. And the work has helped investigators think about illness at the cellular level in new ways, which Heath’s team is already applying to concepts of aging.

What has been accomplished is remarkable: Heath said scientists have learned more about COVID in six months than is known about any other ailment.

“Pick your disease, this is how you want to study it,” he said. “It’s really opened people’s minds to what you can do.”

Fri Dec 18 , 2020
When Uber announced in September 2019 that it planned to bring 3,000 employees to Dallas, the world was in a very different place and Uber was a very different company. The ridesharing giant said the jobs it would relocate to or create in Dallas would support its many expanding divisions, […] 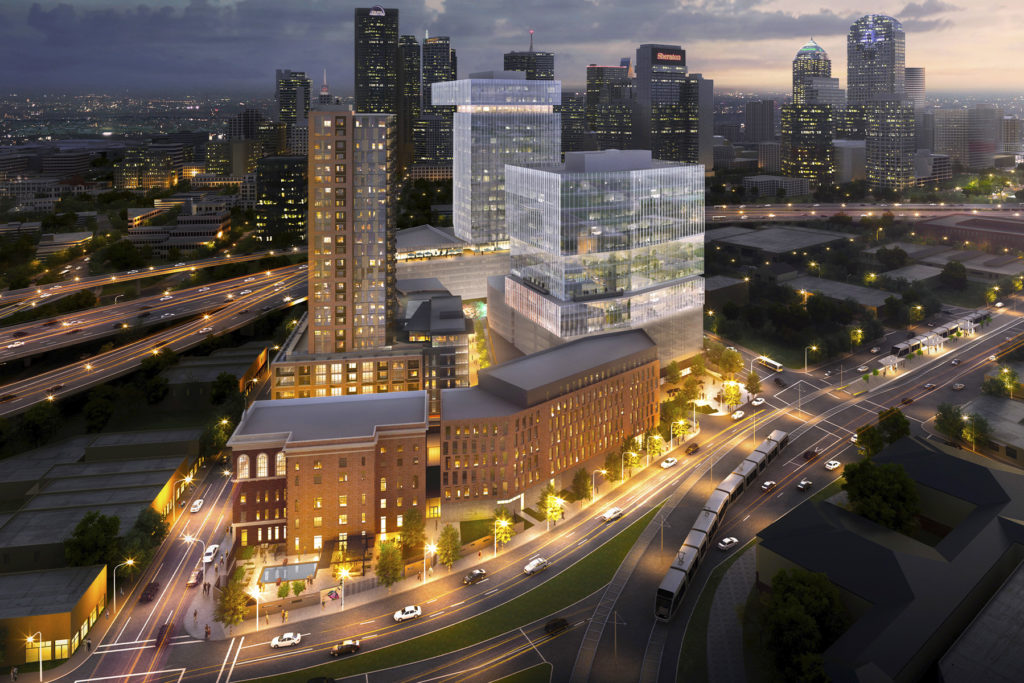