Children play at a distance at The Wolf Pack Child Care in San Rafael. Children play at a distance at The Wolf Pack Child Care in San Rafael.

California’s long-awaited roadmap to reshape early childhood care and education in the state took a critical first step on Tuesday with the release of a first-ever 10-year master plan, but some advocates say more specifics are needed to ensure progress.

Gov. Gavin Newsom made early childhood education a central focus of his administration prior to the pandemic and has maintained his support throughout the health crisis. The 107-page Master Plan for Early Learning and Care: California for All Kids, which its authors say would require anywhere from $2-$12 billion to implement, is intended to serve as an overarching framework over the next decade to overhaul the state’s childhood education and child care systems, which have long lagged behind those of other states.

Released by the California Health and Human Services Agency and framed by a number of education research organizations, as well as educators, child care providers and parents, the proposal serves as a blueprint much in the way California’s Master Plan for Higher Education, published in 1960, laid the foundation for the state’s three-tiered public college and university systems.

“We are living through very difficult times right now, but this plan provides hope and guidelines on how to build a system for the whole child. It unifies programs for infants and toddlers and increases access and eligibility across programs, services and benefits,” said Patricia Lozano, executive director of Early Edge California, a nonprofit organization that advocates for high quality early learning. “It also makes tremendous progress for quality early learning by providing all four-year-olds with universal preschool, while giving income-eligible three-year-olds and those with disabilities access to two years of preschool. Furthermore, the master plan supports California’s families by expanding access to paid family leave.”

Among the key recommendations:

The master plan comes in response to deep concerns that of all the systems of education, early education has been the most fragmented, often of poor quality and out of reach for many of California’s neediest children, experts say. It also reflects a recognition that it may be the most significant segment because it provides a pillar for children’s later success, in academics and beyond.

Early childhood advocates applaud the development of this much-needed plan of action addressing the needs of children from birth to age five, which is now recognized as a critical stage in brain development.

“There are a lot of positive things in this master plan, such as its support for universal TK for all four-year-olds, pre-K for eligible three-year-olds and a robust child care system with real rate reform,” said Assemblymember Kevin McCarty, D-Sacramento, a longtime supporter of early childhood education. “These are essential for child care providers, working families and our youngest learners.”

The price tag for the reforms will be hefty and will depend on which parts of the plan are implemented, experts say, but there are also challenges ahead in terms of how to implement the proposals.

“The challenge is how to balance access and quality,” said Stanford University professor Deborah Stipek, an early education expert who helped develop the plan. “We want to increase access to affordable child care and preschool, which are very unaffordable for many families, but we also need to make sure that it’s high quality and that the workforce is better paid. It’s a tough profession to take on.”

Although all advocates applaud the ambitious nature of the plan, some point out there is not enough information on how the projects will be paid for.

“While we appreciate the comprehensive nature of the plan, it’s not a concrete financial roadmap. A lot of the specificity is lacking. The goals are correct, but we still need the details. Show me the money,” said Ted Lempert, president of Children Now, a research and advocacy group. “For far too long, California has failed young children by not ensuring there is enough early learning and care to meet the need, placing the burden on already overburdened families. Every year, the gaps widen, and the pandemic has now stretched programs and families to the breaking point.”

The report remains general on where the funding will come from. So far, the Governor and the Legislature have allocated more than $500 million in federal funds this year to increase access to child care, as well as support the child care workforce with PPE, funding for Covid shutdowns and the increased costs of caring for school-aged children doing remote learning, in addition to the master plan. Overall costs will be met by a combination of federal and state funding, as well as family fees and philanthropy, according to the report.

Before the pandemic, Newsom sought to make expanding early childhood programs a central tenet of his administration. Since then, Covid-19 has upended all of our lives, throwing the educational system into chaos and putting pressure on the already stressed childcare system. Almost 6,000 family child care providers have been forced to close their doors this year, according to the Child Care Providers United, a union coalition. What was once an urgent situation is now a crisis, experts say.

“We’ve been trying to raise the alarm bells,” said Lempert, who also teaches political science at U.C. Berkeley. “The childcare issue is even more pressing now; it’s even more front and center. There’s no uncertainty about childcare workers being underpaid. There’s no uncertainty that families can’t afford the care they need for their kids and that’s if they can find care. The childcare system is in meltdown.”

The following are some of the Master Plan’s recommendations on paid family leave:

The state’s childcare problems have deepened over time. With 2.9 million children ages five and under, California has far more young children, and more of them living in low income families, than any other state.

Hundreds of thousands of those children are not enrolled in subsidized early education programs, even though they are eligible, because of backlogs and waiting lists. Now, state leaders will have to navigate this crisis in childcare, as well as long-standing inequities in education and healthcare.

“The dual crises of Covid and the economic disaster that has ensued has shined a bright light on the inequity and vulnerability that many of us already knew existed,” said Parker Blackman, executive director of the LA Partnership for Early Childhood Investment. “There’s a desperate need for social infrastructure. The safety net is not there.”

The master plan is an attempt to weave part of that net, observers say, at a time when the state’s economic recovery could be imperiled by a workforce crippled by lack of child care.

“Child care is the backbone of the economy and it will need to play a critical role in supporting parents who work,” said Cristina Alvarado, executive director of the Child Care Alliance of Los Angeles.

Many advocates also applaud the report’s focus on improving the lot of child care workers while revamping the system. The report recommends setting common standards for early childhood workforce training and development, as well as finding ways to increase pay. Stipek notes that more than half of child care workers rely on some kind of government support, such as food stamps.

“It’s time we change the narrative on care work. A field that is dominated by women of color and has its roots as a profession delegated to black women, we as a society place little no value on care work,” said Jhumpa Bhattacharya, vice president of programs and strategy at the Insight Center for Community Economic Development, a research and advocacy group.

Help for child care workers, who have been particularly hard hit during the pandemic, can’t come soon enough, advocates say.

“It is time for this administration and the Legislature to ensure that the promised funds get to child care providers sooner rather than later,” says Max Arias, Chairperson of Child Care Providers United, “and ensure that providers receive the health protection they need and deserve to remain open, so that we can get to the needed work of bringing this vision to life.”

With the coronavirus affecting every aspect of California’s education, demand for EdSource’s reporting has increased tremendously.

We can meet this demand, with help from readers like you.

From now through December 31, NewsMatch will match your one-time gift or your new monthly donation for 12 months.

Your contribution ensures that EdSource’s content continues to be available for free – without a paywall or ads.

Make your donation today to DOUBLE your impact.

Why microlearning is the key to cybersecurity education

Thu Dec 3 , 2020
Cyber attacks are on the rise during this year of uncertainty and chaos. Increased working from home, online shopping, and use of social platforms to stay connected and sane during this year have provided criminals with many attack avenues to exploit. To mitigate the threat to their networks, systems and […] 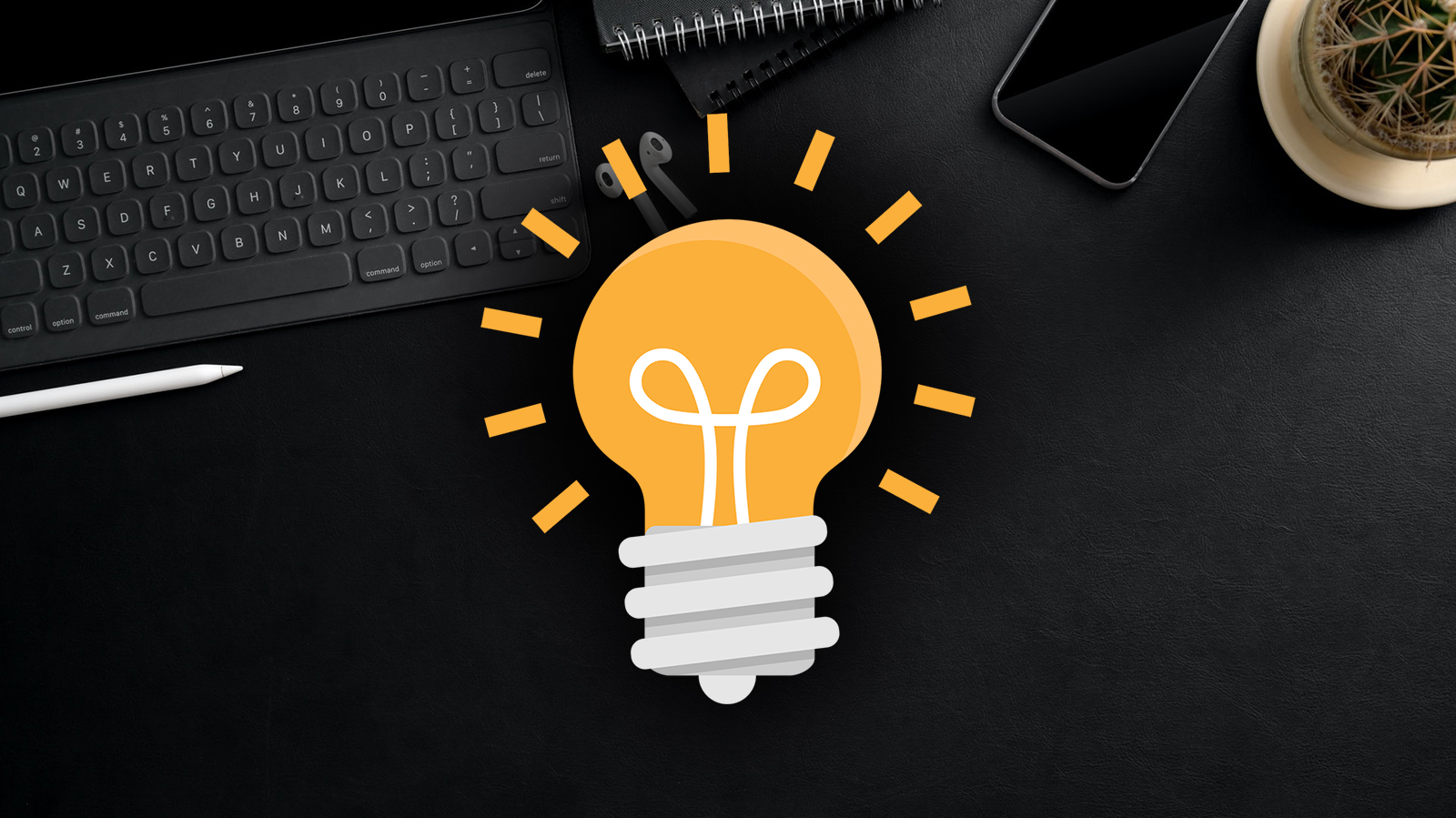