When Claudia Laroye spent a year as an exchange student in Karlskoga, Sweden, she found the winter’s fleeting daylight difficult. “It was dark when I went to school and it was dark when I came home from school,” she recalls. “It definitely wore on me.” But the Swedish tradition of lighting a lamp in every window during the shortest days of the year helped lift her spirits—and now she’s brought the tradition to her home in Vancouver.

“I found lights that I liked and installed them in our windows,” says Laroye, a writer and mother of two sons. “We go for walks with our dog every evening after dinner and when I look back at the house, the lights just make me happy.”

Finding warmth and joy in the midst of a long, dark winter is a time-honoured tradition in cold-weather cultures around the world. Called hygge in Denmark, mysigt in Sweden, friluftsliv in Norway, and gemütlichkeit in Germany—these cozy customs are ways families everywhere can cope this coming winter as days grow shorter and another spate of stay-at-home orders looms large.

“In Sweden, we try to embrace the season rather than fight it,” says Linda Åkeson McGurk, author of There’s No Such Thing as Bad Weather. “We get a good feeling from going outside and find joy in experiencing the elements. Once you’ve been out in the cold, you appreciate coming inside, starting a fire, and cosying up. There’s something rewarding about experiencing those contrasts.”

“Our mindsets really shape what we pay attention to,” Leibowitz says. “In Tromsø, people see winter as a time full of opportunity.”

Instead of surrendering to the winter blues this year, take inspiration from cold-weather cultures. Here are five ways families around the world find joy during the long winter.

What it is: Sit, sweat, roll in the snow, repeat. For centuries, sauna has been an almost sacred part of Finland’s national identity. Before the advent of running water, public saunas were shared among neighbours so everyone would have a place to wash. Today, almost every house in Finland has its own and families often relax in the sauna together.

The ritual is simple. Stones are placed on top of the sauna stove to radiate heat into the room. Water is ladled onto the stones, releasing clouds of hot steam called löyly. In between the rounds of steam, bathers cool down with a quick dip in an icy pond or a roll in the snow.

How to bring it home: Minnesota native Jennifer Pearson grew up with an appreciation for sauna culture—so much so that she and her husband added a patio sauna to their home on Lake Superior. “During the pandemic it’s been a beautiful thing to take a sauna, get your mind in a different place, and have conversations as a family,” says Pearson, a mother of three. Even without a traditional sauna, outdoor fun followed by hot baths, warm pajamas, and time together as a family can mimic the cosy experience.

What it is: Pronounced “koosh-lee,” the concept encompasses the warm feelings one derives from life’s simple comforts—your kids’ rosy cheeks when they come in from playing in the snow, an afternoon spent snowshoeing in the woods, lighting candles at dusk—and it’s deeply ingrained in the country’s culture. It’s about the deep sense of contentment that comes from slowing down and connecting with loved ones.

How to bring it home: “Koselig is about cultivating a peaceful, contemplative kind of well-being,” Leibowitz says. Make a point of slowing down and embracing winter’s quiet joys this year. Better yet, head out for a brisk hike with friends before coming home to cocoa around the fire pit to combine friluftsliv—which means “open-air living”—and koeslig for the ultimate dose of Norwegian-style winter bliss.

What it is: This tradition dates back to World War II, when material goods were scarce but paper could be found in abundance. As a result, books became the gift of choice and Jolabokaflod, which translates as “Christmas book flood,” has been a beloved holiday custom ever since. Today, Icelanders spend Christmas Eve exchanging books with loved ones before tucking in for the evening to read.

How to bring it home: Books, books, and more books! Few things are cosier than snuggling up with a great read on a cold winter day. If you exchange gifts during the holiday season, add books to your shopping list. Make time to read to your kids, create a neighbourhood book swap, or start a family book club—you can even host a virtual book club with friends and family via video chat.

What it is: Most Japanese homes don’t have central heating – and their thin, rice paper room dividers and sliding walls were not designed to maximise warmth. The solution? The kotatsu—a low, heated table covered with a heavy blanket where families cozy up together to stay warm. Kids tuck their legs beneath the kotatsu to do homework or play games, and families gather there at mealtimes to eat and talk, often with a steaming nabe “hot pot” in the centre of the table.

How to bring it home: Any inviting, central gathering place in your home can recreate the feeling of the kotatsu—cookies and cocoa at the kitchen table while everyone does homework is one example. You could also eat dinner around the coffee table with a fire in the fireplace—for added authenticity make a hearty pot of chanko nabe—or let your kids make a tent out of blankets and furniture where they can cozy up with puzzles, books, and a snack.

The custom: Igloos and quinzees

The country: United States and Canada

What it is: For thousands of years, the igloo was the winter dwelling of choice for the Inuit, Inupiat, and Yupik, who spent months living and hunting on the vast Arctic tundra. But the Athabascan peoples in the boreal forests of the Alaskan interior and Northwestern Canada preferred snow caves called quinzees, which they constructed by hollowing out large, compact domes of snow.

How to bring it home: It’s perhaps unlikely most parts of the UK will experience snow deep enough to try and quinzee – but if your area does and you want to try making a miniature snow cave, “You dig and you pack and it just makes sense,” says Erin Kirkland, community engagement coordinator for Anchorage Parks and Recreation. If that sounds too ambitious, try snow sculptures, snowball lanterns, or sled jumps. “That’s what’s cool about these cultures,” Kirkland says. “Embracing the winter is just part of who they are.”

Scientists think they've spotted the farthest galaxy in the universe

Mon Dec 21 , 2020
Astronomers have peered out into the vast expanse and spotted what they think is the farthest (and oldest) galaxy ever observed. The galaxy GN-z11 might not have a flashy name, but it appears to be the most distant and oldest galaxy ever detected, scientists have found. Astronomers led by Nobunari […] 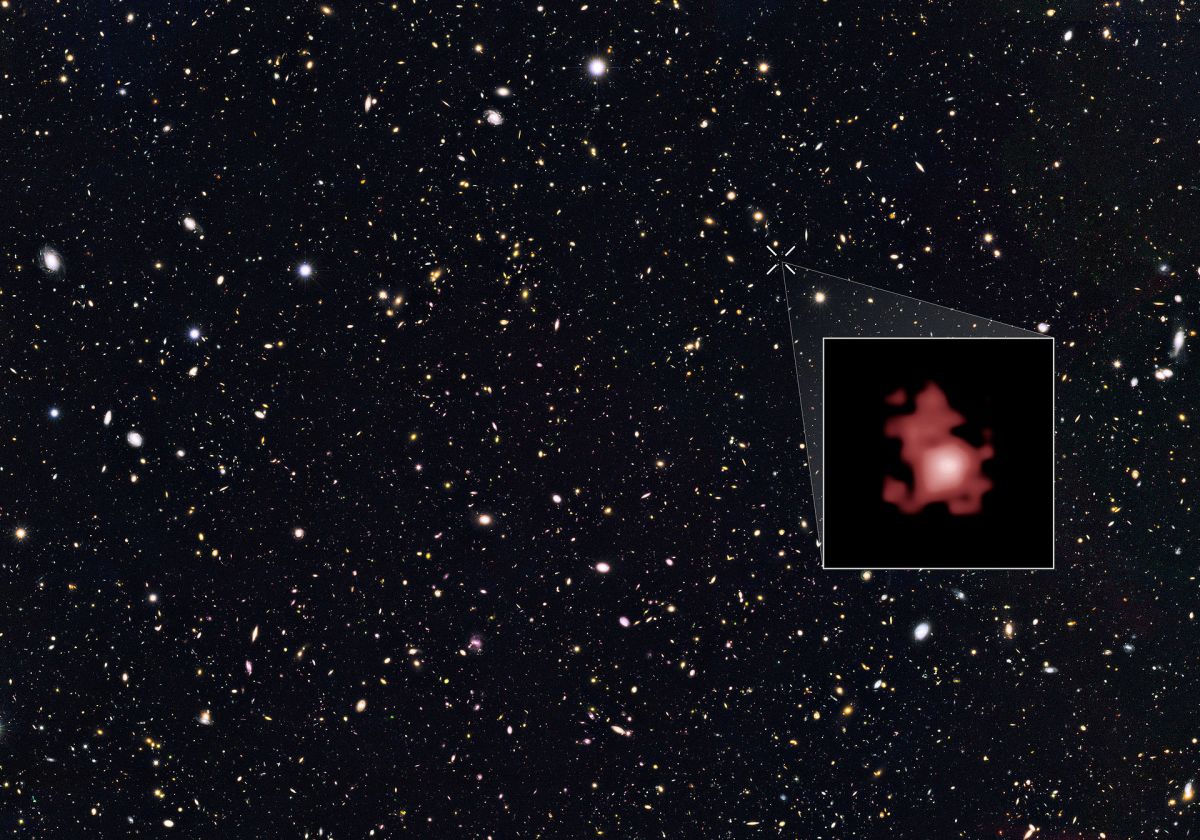