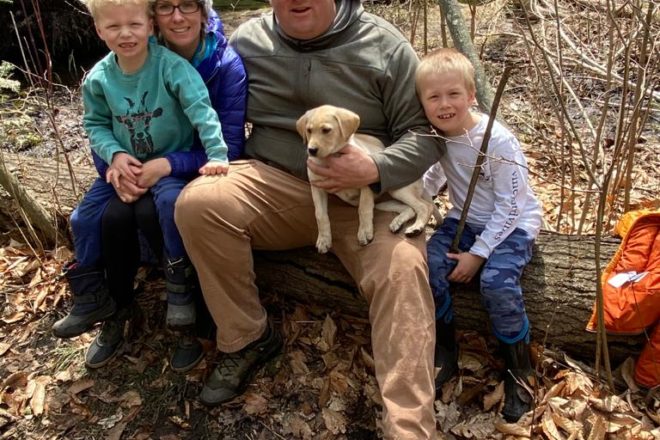 The whole family – first-time homeschoolers Ivan Bridenhagen and Brittney Smith; their boys, Dempsey, 5, and Hudson, 7; and their dog – piled into a Chevy Suburban after Thanksgiving for a winter-long educational and cultural trip. Bridenhagen and Smith are using a book-based curriculum that will allow them to have morning classes even when off the grid or out of cell phone range in a desert in Arizona. Submitted.

This year’s pandemic has forced many Americans into a nomadic lifestyle, but one Sister Bay family has embarked on an on-the-road adventure by choice.

With bicycles attached to the back of their jam-packed SUV and additional luggage on the roof rack, Ivan Bridenhagen, Brittney Smith, their dog and their boys – Hudson, 7; and Dempsey, 5 – hit the road the day after Thanksgiving for a winter-long trip.

“It’s like something out of The Grapes of Wrath,” Bridenhagen said of their loaded Chevy Suburban.

The family began homeschooling this fall, in part because neither Smith nor Hudson could stand not knowing whether the Gibraltar school would open its classrooms for students.

“Two members of the family always want to know what to expect,” Smith said, referring to herself and Hudson. “He likes to have a schedule.”

Smith and Bridenhagen have homeschooled the boys since the start of the school year. They emphasized that they don’t have hard feelings toward the Gibraltar district, and everything they’re doing is designed to reenroll the boys at Gibraltar during the next school year.

“I’m a Gibraltar graduate,” Bridenhagen said. “I love Gibraltar. Gibraltar’s going to provide our kids with a ton of opportunities eventually.”

The family chose a book-based curriculum that doesn’t require them to rely on internet access. Called Timberdoodle, it’s designed to help students meet benchmarks similar to those established in public schools.

“I wanted a curriculum in line with what they’d learn at Gibraltar because ultimately we want to return,” Smith said.

The curriculum choice opened up a once-in-a-lifetime opportunity for the family, so they’re taking advantage of it. They have a plan to visit Smith’s family in Iowa soon and then spend multiple weeks in rental properties and visiting relatives in various locations across the South, Southwest and California.

The boys obtained National Park Passport booklets during a previous family trip to Yellowstone National Park, and now they’re looking forward to getting the passport booklets stamped at other national parks and landmarks. A few of the places on the family’s itinerary are the historic Natchez Trace, Mississippi, battlefield sites; New Orleans; the Grand Canyon; the national parks of Utah; and the San Diego Zoo.

“It’s an opportunity that may never present itself again,” Bridenhagen said.

He and Smith hope to take the boys to places where they can make discoveries on their own.

“What we really want to show them is the diversity of our country and how it kind of changes on its own when you go from the woodlands of the Midwest to the farmland of Iowa to the Deep South across to Texas into the desert,” Bridenhagen said.

The family members wear masks, are careful about social distancing and limit the number of people they come into contact with.

However, they do want their children to spend time with family members and friends and experience different family dynamics. They’ll also continue their morning schedule of classroom work and their current schedule of swimming, hiking or cycling for physical education.

Smith studied business and accounting in college, and math comes easily to her, she said. She understands the concepts when she’s teaching math to the boys, but she emphasized that she doesn’t really know how to teach math. She thinks she’s doing OK at walking the kids through the steps, but she’s accustomed to quickly grasping the concepts and knowing the answers. For their kindergartner, they’re using a curriculum called Math-U-See, which uses colored building blocks to help the student visualize counting, addition and math concepts.

“It’s really cool for the little ones,” Smith said. “The curriculum has video, workbooks, an instruction guide. It tells you exactly what to say.”

The family business also provides some learning opportunities in math, such as when they boil 40 gallons of maple sap to get one gallon of syrup, Bridenhagen said.

Smith said she follows the instructions in the homeschooling curriculum book quite closely, and when she’s teaching reading, she follows them precisely.

“It’s like Teaching for Dummies,” she said of the way the curriculum lays out her instructions. “Teaching Dempsey to read, I literally read exactly what they say to say, because it’s actually working. We’ve tried a different curriculum that wasn’t working; it was a little too advanced for him. So I got this other one, and it’s so fun to see him grasping it, sounding out words.”

They’ve seen some encouraging signs from their stay-at-home kindergartner.

“He was reading some of the words in the aisles at Home Depot today,” Smith said, referring to a stop they made after a dental appointment. “So that’s a good feeling, to see that you’re not totally screwing them up.”

The family has greatly limited outings since March, and Smith expressed concern that the boys have not gained the socialization they need and would normally get from school and community gatherings, such as during Sister Bay’s Music in the Park events.

“Every Wednesday, we’d meet with, like, 30 of our friends in Sister Bay and bring potluck, and the kids would swim and play on the playground with their friends for, like, five hours,” Smith said. “And there was none of that this year. We’ll do stuff with our ‘core people,’ but it’s like just one other family we ever do anything with indoors.”

Accounting for sex and gender makes for better science

Tue Dec 15 , 2020
In Australia’s Great Barrier Reef, most sea turtles being born are female because of warming temperatures — a discovery made when researchers analysed male and female populations.Credit: Jonas Gratzer/LightRocket/Getty At the end of last month, the European Commission announced that its grant recipients will be required to incorporate sex and […] 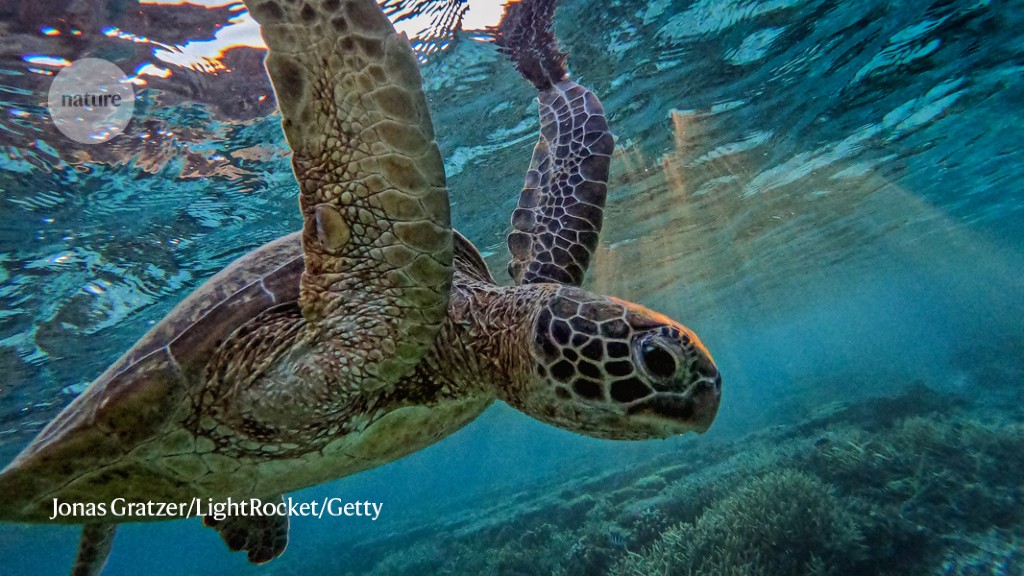