“When a student withdraws from the public school, they have to give a leaver number on why they’re leaving, and homeschooling is one of those. So we started tracking that number,” THSC President Tim Lambert explained.

But, the data is limited. They rely on numbers from the Texas Education Agency.

“They only track that for seventh to 12th grade. So it’s not a complete number, but it is something that you can compare,” Lambert said, explaining the increase is probably much higher when including the younger grades.

The report also doesn’t feature numbers from this year. Lambert says they won’t get those numbers from the TEA until August of next year, but they can already tell it’s going to be a big spike.

“We’ve got over 100,000 families on our database. Now we’ve added 25,000 households to that database in the last six months,” Lambert explained.

During the pandemic, many families chose to withdraw out of convenience, like the Schultz family.

“It was easier for our household to be on our schedule and to have the control than to have to like—go based off of what somebody else needed us to do,” Sarah Schultz explained about her two boys, Max and Sawyer.

“I work from home part-time, my husband’s currently working from home. So we really needed that flexibility. We couldn’t just sit there in front of the computer for doing what somebody else told us we had to do,” Schultz continued.

“My boys all start with handwriting first. And then that’s kind of something they can do on their own. And then I will do a lesson with each of my boys with language arts, which includes a heavy amount of phonics and spelling and writing. And then we’ll usually maybe like break for lunch or something around then and then they each do a math lesson,” Schultz said.

It also leaves time for them to include learning outside of the house.

“We take Fridays off for field trips, or educational things, depending on the weather or what’s going on in the city, and then also arts and crafts,” Schultz added.

But for the others who’ve chosen to homeschool over the past two decades, the ones included in THSC’s report, the reasons are different.

“The number one issue tends to be a dissatisfaction with the learning environment of the of the school the child is in,” Lambert said, adding a small fraction also chooses to withdraw due to special needs.

With keeping track of all the new homeschoolers, the hardest part is predicting how many will continue learning from home after the pandemic is over.

“That’s kind of the $64,000 question, how many people that are choosing to do this now will continue to do that,” Lambert said.

As for the Schultz family, they will continue learning from home at least for the next few years.

“If I were to assume we were going to continue this, I’d probably buy seventh grade one and put them back in public school, just because I feel like that’s what I would have wanted as a kid, but I don’t know,” Schultz said. “It’s just going to be a game-time decision. Like what’s best for the kids, you know?”

Sun Dec 6 , 2020
From the industry’s traditional hub in Cambridge’s Kendall Square to emerging hot spots in Fort Point and the Fenway to vast campuses in more distant locations such as the former Fort Devens, life science companies are launching a wide array of projects, fueled by investors attracted to a fast-growing industry. […] 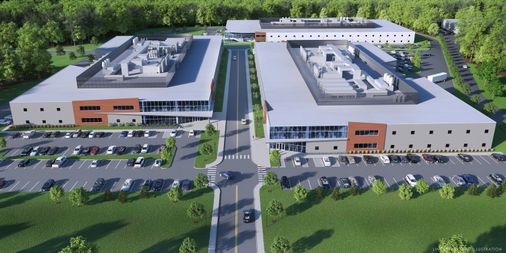