Skip to content
An interdisciplinary team of researchers from the Hebrew University and Hadassah called on the government to formulate a long-term plan allowing students to return to physical classrooms amid the continuing coronavirus outbreak in order to allow parents to work and to stop the harm to children caused by the closure of educational frameworks.

The researchers stressed that the coronavirus outbreak is expected to be a part of life for a long time, and a sustainable, long-term solution is therefore required for the education system.

“We have warned of the possible negative impact of the closure of educational frameworks on children’s health, and unfortunately our concerns were confirmed. Today it can be stated with certainty that the prolonged absence from educational frameworks has devastating effects,” wrote the researchers in the letter. “Empirical data show that mental distress, eating and sleeping disorders, alcohol use and social isolation are not just theoretical implications of a policy that ignores children’s needs, but its actual consequences,” the letter said. “We also know that the acquisition of education is one of the most important social factors that determine the health of the population. Thus, preventing proper education for millions of children and impairing their development are likely to have severe long-term economic and health consequences.”

The researchers added that while they’re aware of the severity of the outbreak and the fact that more children were infected in the third wave, most children don’t develop severe cases. “It is neither right nor moral to impose on them the responsibility for transmitting the disease in the community,” wrote the researchers. “Throughout the epidemic there has been a tendency to treat the child population as a threatening group and to refuse to recognize that they are a vulnerable and harmed group.”

THE TEAM stressed that decision makers had enough time during the last lockdown to create measures to reduce the risks of children infecting staff and family, and to create an appropriate plan for children’s educational, social and emotional needs.

“Although children are most often lightly affected by the coronavirus itself, they have become the most severe victims of coping with the virus,” wrote the researchers. “This disproportion must be stopped immediately. This harms the public health for which you are responsible.”

“We, who have been following government policy for the past year, can no longer stand in the face of the distorted priorities, according to which approval for a takeaway precedes the opening of education frameworks,” added the team. “Children, unfortunately, have no lobby, no voice in the media and no right to vote, hence they cannot influence their fate. It is our professional duty to cry out for them.”

Additionally on Monday, the Samson Assuta Ashdod University Hospital warned that there has been a significant increase in cases of trauma to children.

“There is no doubt that the group of children will pay the dearest price among the general population as a result of the non-opening of educational institutions,” according to Dr. Hagar Gur Superman, Director of the Children’s Hospital of Samson Assuta Ashdod University Hospital. “Beyond the psychological price, being in a home without a framework significantly increases the children’s injuries (trauma cases) and among them: fractures, cuts, ingestion of foreign objects and more. Already today we are seeing an alarming 20{c25493dcd731343503a084f08c3848bd69f9f2f05db01633325a3fd40d9cc7a1} increase in these injuries. Decision-makers, when making decisions concerning this age group, must also take these data into account before formulating their decisions.”
Parents and children once again went to sleep late Sunday night unsure of what the rest of their week would hold, as the government debated late into the night about a new strategy for allowing some children to return to school on Tuesday.
Ultimately, the meeting ended near midnight with a promise to reconvene again on Monday.  However, with Prime Minister Benjamin Netanyahu’s trial beginning in the morning and a visit to the country later in the day by the Greek prime minister, the meeting will need to begin late again.

Maayan Jaffe-Hoffman contributed to this report.

The #PeepYourScience contest wants to see your sugary scientific dioramas

Mon Feb 8 , 2021
Sugar, gelatin and science collide in the annual #PeepYourScience contest — a challenge to craft scientific dioramas out of sticky marshmallow Peeps. This year’s contest, hosted by the nonprofit organization The Open Notebook, will run from  Feb. 15 to March 21.  The competition’s organizers playfully call the event “the world’s […] 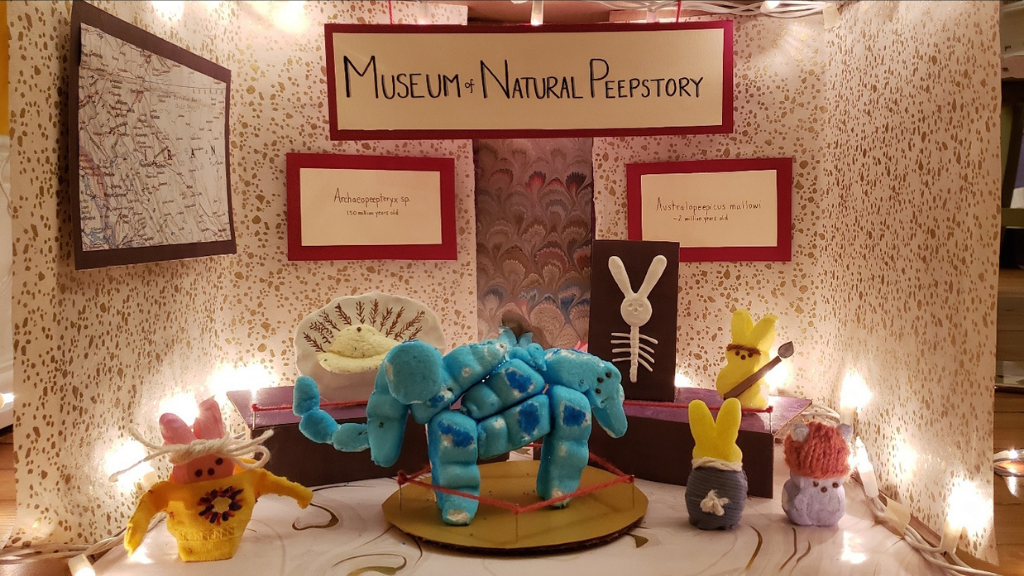