HONOLULU (KHON2) — Gov. David Ige released additional funds to offset budget cuts to the Department of Education (DOE). The money will help save jobs and prevent some drastic cuts to school programs, but the DOE budget still falls short and the Hawaii State Teachers Association (HSTA) said hundreds of jobs are still on the chopping block.

Gov. David Ige announced on Thursday, Jan. 21, he is rolling back some of those cuts.

In a statement Ige said:
“With additional federal funds and more optimistic revenue projections by the Council on Revenues, we are able to reset the department’s target reductions to 2.5 percent. This represents about $123 million dollars that we can now restore to our public-school classrooms so our students can be set on the path to prosperity and success.”

Superintendent Christina Kishimoto said, “This is certainly very good news and we appreciate the continued good work with the governor and budget and finance team.”

Kishimoto elaborated in a written statement: “This is an extremely challenging time for the state with a lot of uncertainty and unknowns…We know there are competing priorities and tough decisions to be made, and we look forward to continued conversation on how we best support our students and protect public education.

“As we move through the legislative process, we are committed to restoring funding closest to our students and schools, and finding solutions to other shortfall areas to stabilize school operations.”

HSTA President Corey Rosenlee said, they are happy the governor is putting more money toward education.

“But we want to do clarify, even with this amount, that the Department of Education still has the largest budget cut before. And this will still lead to nearly 700 teachers losing their jobs,” Rosenlee explained.

He said, an additional 400 DOE jobs could also still be lost.

“Our schools are still looking to have over $140 million worth of cuts, which is still going to mean a lot of programs are going to be cut at schools,” Rosenlee said.

But he is hopeful more help is on its way.

“President Biden did come and say that he wants to be able to use FEMA dollars to help reimburse our schools as well.”

Hawaii schools could also receive another $183 million from the President’s $1.9 trillion pandemic aid package currently being looked at by Congress.

The Board of Education (BOE) discussed the DOE’s original budget reduction plan in its meeting on Thursday, Jan. 21.

They asked Superintendent Kishimoto to revise the plan with a top down approach, focusing on making the DOE run more efficiently. The board also suggested more teachers be consulted in the process.

The DOE is scheduled to present an outline of its new reduction plan to the BOE during their meeting on Thursday, Feb. 18.

Fri Jan 22 , 2021
Parents in the UK and US are struggling to pay for the internet connections required for even one child to take online classes, as schools close due to COVID.  Many students resort to finding free public WiFi or use costly roaming 4G connections to attend class and complete school work. […] 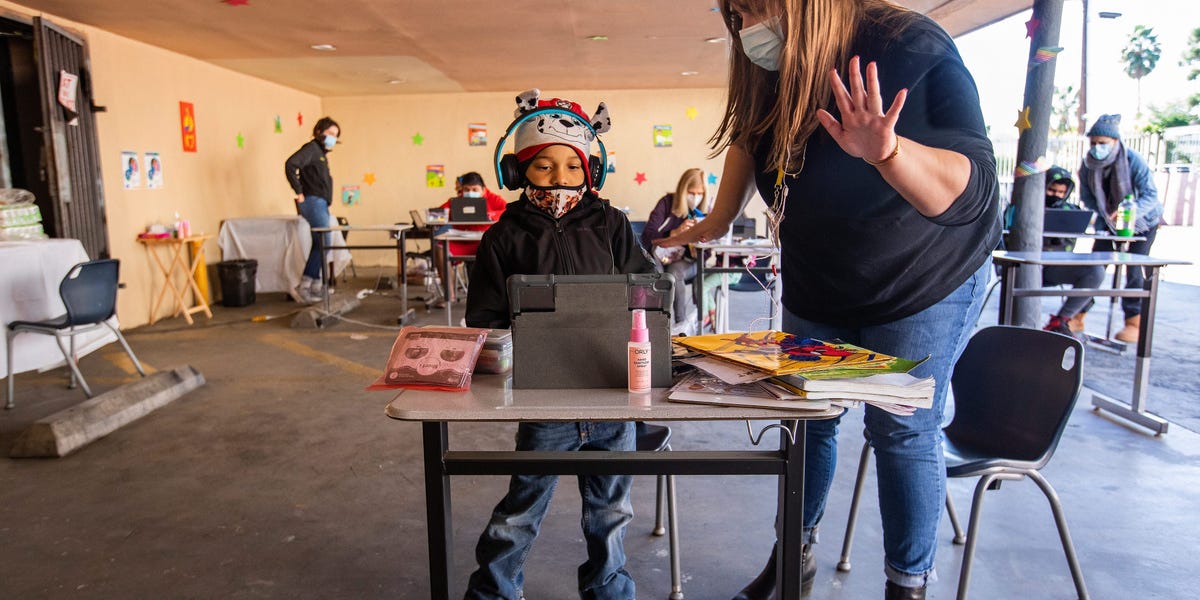