Republican lawmakers are planning to bring forward a package of bills to overhaul K-12 education in Wisconsin and dissolve the Milwaukee public school district over the next two years.

The sweeping proposals are expected to be released this week by Sen. Alberta Darling, R-River Hills, who chairs the Senate Education Committee. The legislation would expand private school vouchers to every parent, removing income requirements.

In an email to Republican colleagues sent Friday, Darling said the package “promotes school performance transparency and accountability, as well as re-asserts parental choice and rights.”

She said the legislation is in response to “a number of issues parents and children are seeing as COVID-19 and failed school leadership are eliminating educational opportunities in our schools.”

The bills will be co-sponsored by Sen. Roger Roth, R-Appleton, and Reps. Jeremy Thiesfeldt, R-Fond du Lac, Bob Wittke, R-Racine, and Rick Gundrum, R-Slinger. Darling and her colleagues did not respond to requests for comment.

State Superintendent Jill Underly said she welcomes the legislature’s assistance to help Wisconsin schools reach children’s complex needs while encouraging parental engagement, but she does not agree with the proposals.

“These proposals are a polarizing and disingenuous distraction from the real needs of students, families, and educators, and they do nothing to help our schools, which have suffered greatly during this pandemic,” Underly said in a statement. “They do nothing to help public schools and instead will cause great harm.”

Under the Republican plan, Milwaukee Public Schools would be dissolved by July 1, 2024, and four to eight smaller public school districts would be created in Milwaukee.

The bill creates an MPS redistricting and implementation commission, which would be appointed by the governor, mayor of Milwaukee and state superintendent by Oct. 1, 2022. The commission would determine the boundaries of the new districts.

Milwaukee School Board President Bob Peterson called the plan a “recipe for chaos.”

“It’s one more attempt to get rid of Milwaukee Public Schools and get rid of the democratically-elected school board,” Peterson said. “It’s an attack on the very foundation of our democracy: public schools.”

This is not the first time there has been an effort to dismantle the school district.

In 2009, former Milwaukee Mayor Tom Barrett and former Gov. Jim Doyle floated an idea of a mayoral takeover of the district. Milwaukee-area business leaders were supportive of the plan, but Republican lawmakers balked.

In 2015, Darling and Rep. Dale Kooyenga, R-Brookfield, announced the “Opportunity Schools and Partnership Plan” to take over the Milwaukee district.

The current MPS proposal and the other K12 education bills will likely be vetoed by Gov. Tony Evers, who is a former state superintendent. Republican candidate for governor Rebecca Kleefisch tweeted she supports the proposal to dismantle MPS.

But Peterson said it’s frustrating that the conversation is directed away from properly funding public education.

“Why doesn’t Senator Darling follow the recommendations from the bi-partisan Blue-Ribbon Funding Commission she was on?” Peterson said.

According to Darling’s email, other bills establishing “parental rights” while their children are at school will also be rolled out in coming days.

A Parental Bill of Rights would allow parents to bring a lawsuit against a governmental body or official if they feel that they are interfering with their child’s education, health care upbringing or mental health. Parents would have the rights to:

A School Accountability Reports bill would require the Department of Public Instruction to submit their methodology on calculating the overall score for a school’s report card.

Tue Feb 1 , 2022
DUBUQUE, Iowa (KCRG) – Dubuque Community School district officials are looking into what opening a permanent online school would look like for the district. District leaders said interest in learning, fully-online, has been consistent since the start of the pandemic. “It really comes down to the number of students that […] 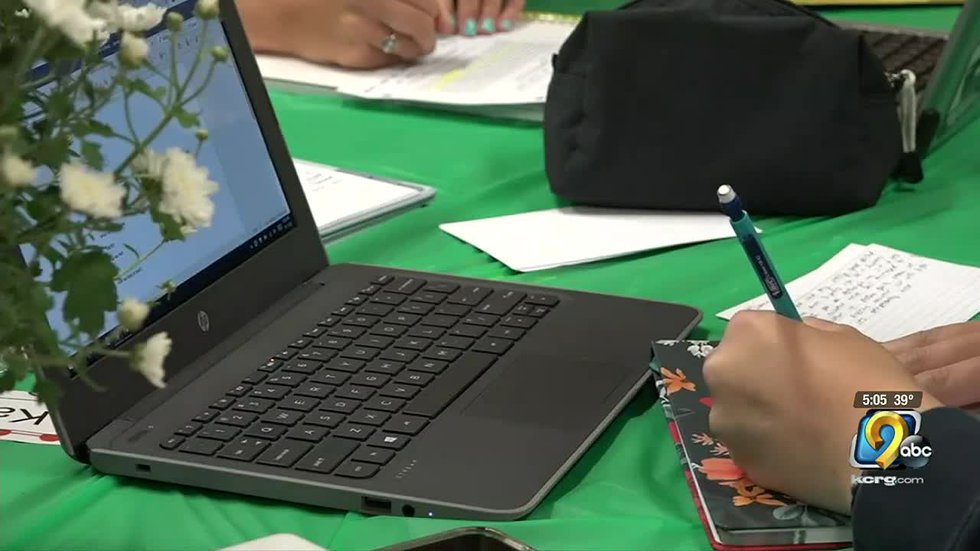