Academics and executives at the world’s biggest universities have talked for years about the potential of electronic learning to create new and better forms of education – but before 2020, the evidence to support that optimism was pretty thin.

One study at the start of 2019 concluded that online education had failed to reduce costs or improve outcomes for students. Additional surveys showed that the number of students using online learning internationally was modest and, worse still, often in decline.

Such was the lack of progress that Richard Garrett, the director of the Observatory on Borderless Higher Education, wrote a paper asking, ‘Whatever happened to the promise of online learning?’. His research suggested electronic education was no match for the immersion and networking available in traditional classrooms.

Yet less then 18 months later, the outlook for online learning has changed radically. The coronavirus pandemic and a rapid digital transformation process has led universities around the globe – albeit initially reluctantly – to embrace the potential of online learning like never before, and now they are grappling with what to do next.

That’s certainly the case at the London School of Economics (LSE), says CIO Laura Dawson. Like her peers at higher education institutions in the UK and abroad, Dawson established the technical foundations to shift all learning online when the lockdown came in spring 2020.

The story of LSE’s rapid digital transformation at that time will be one that’s familiar to tech leaders at other organisations around the world: in a matter of days, Dawson and her IT colleagues secured remote links, sent out Windows 10 laptops, and established cloud-based services such as Zoom for the provision of online education.

The move online was a big break from the norm at LSE, where academics had spent many years teaching people face-to-face in classrooms. Dawson accepts that some of these lecturers were sceptical about the potential success of digitisation. However, the successful shift online has helped to remove some of these doubts.

“I think that’s the biggest thing in terms of change for education – it’s giving educators the confidence that online is not a big, scary beastie that they can’t do or isn’t going to be as good, because they’ve done it. And they proved they can do it. I think that’s a big shift and that will make things a lot easier going forward,” she says.

Such has been the level of success at LSE and other universities that experts around the world recognise that there is now no going back to how things were before.

Cloud-based services have proven their value and are helping institutions like LSE to connect with students around the globe who might previously have been unreachable. “It hasn’t gone unnoticed that those opportunities exist,” agrees Dawson.

This new-found positivity is in sharp contrast to some experts last year, who feared that academic institutions and their IT infrastructures would be badly prepared for the rapid shift to online learning.

While there’s still work to done on refining the online user experience, most experts agree that universities have established the groundworks for a new hybrid model, where a mix of online and offline teaching defines the future of education.

SEE: Digital transformation: The new rules for getting projects done

That hybrid vision chimes with Dawson, who says that – despite the success of LSE’s rapid digital transformation process – lessons won’t all stay online forever. She says there is still “real value” in face-to-face education, especially the opportunity to discuss and debate topics and trends with lecturers and students.

“I think there will be a desire or a need for it, particularly for things like executive education, because it isn’t always the teaching in the room that’s the key differentiator. It’s the networking and the collaborating that makes the difference,” she says.

Dawson says some elements of this collaborative interaction can take place via a hybrid mix of offline and online methods, but key conditions must be met. Any form of hybrid teaching must ensure people inside and outside the classroom have an equitable experience.

Academic institutions, therefore, will have to ensure they focus on refining how technology is used as part of the customer experience that they provide to students, whether they’re in the classroom, at home, or video-conferencing in from abroad.

Dawson gives the example of virtual whiteboards that are used in online mathematics lessons. It’s far too hard right now for tutors to be able to write complex statistics on a whiteboard and to successfully convey the details of a lengthy formula, as they would be able to in a traditional classroom setting.

“One of the key reasons we have in the past struggled to get those subjects online is the ability to recreate writing formula up on the screen in a way that can be read by anybody. Because it’s often so small that you can’t see it, so there’s some work to be done there,” she says.

Yet Dawson says it’s important to recognise just how far the move to online learning during the coronavirus pandemic has helped to boost the electronic educational experience, particularly in the case of asynchronous teaching, where teaching materials are posted online and learners work through them in their own time.

Dawson says the good news is academic institutions won’t necessarily need to invest heavily in a suite of new tools to improve the hybrid teaching experience. Most of the key technologies – like video-conferencing tools and online-learning platforms, such as Moodle – have been implemented to help support the shift to online learning in the past 12 months.

“I think good video conferencing, like we’re doing at the moment with Teams and Zoom, really helps create the collaborative environment to discuss the topic. The value is not necessarily in the material that you’ve just watched, but in the discussion that you have afterwards with the tutor. And I think we’ve seen it works – we just need to hone everyone’s skills and just make it better,” she says.

Scientists discover how a group of caterpillars became poisonous

Mon Feb 8 , 2021
The Atala butterfly (Eumaeus atala) and its five closest relatives in the genus Eumaeus display their toxicity. This sextet’s toxicity comes from what they eat as caterpillars: plants called cycads that have been around since before dinosaurs roamed the Earth and contain a potent liver toxin called cycasin. New research […] 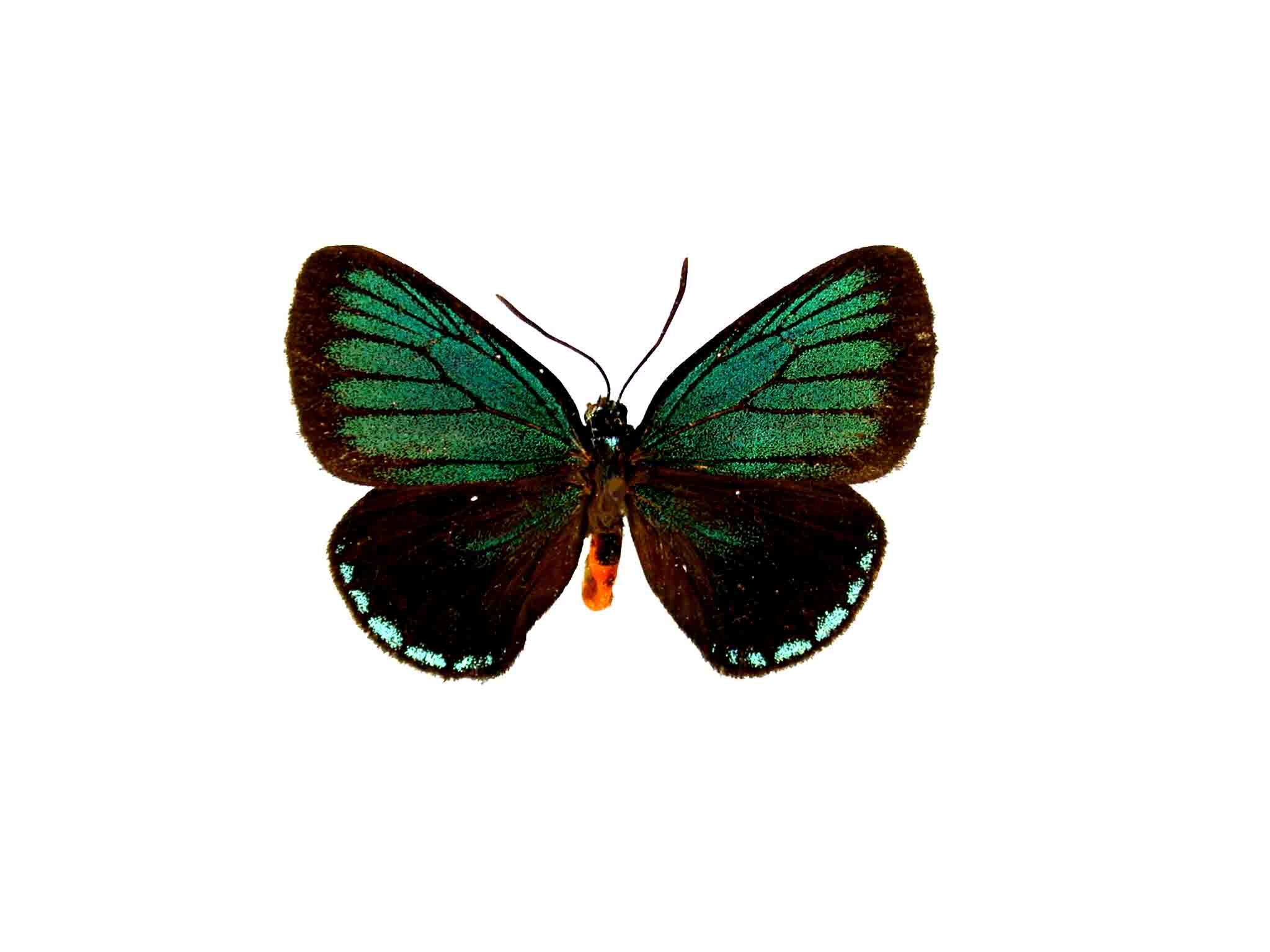