The Mays live just around the corner from Meeteetse, at least by Wyoming standards. A winding road far more heavily traveled by mule deer than cars leads visitors to the foothills of the Rockies to reach the ranch home. No, it isn’t far from Meeteetse. But it is miles away from Jack LaLonga’s home city of Abbiategrasso, Italy, in more ways than one.

For starters, there are about 100 times as many people in Abbiategrasso as there are in Meeteetse. The entire population of Wyoming could fit in nearby Milan twice over. Mountains loom over the May home, but Jack lived in a relatively flat area. Wyoming is more open and more connected with nature.

“It’s definitely another lifestyle,” he said.

Jack is an exchange student, a fraction of a small group in the state made even smaller than usual by the pandemic. The 17-year-old is going to finish this school year a Longhorn, continuing a long tradition in Meeteetse of welcoming students from other countries. Jack, for his part, has fit right in with the Mays – parents Ernie and Meg, teens Tozai and Miya.

“I don’t really feel like we have a guest or exchange student,” Meg, the family matriarch, said with a smile. “He’s just one of our rotten teenagers.”

It was Miya, the younger of the two May children, who brought home the idea of bringing an exchange student around in the first place. She brought the paperwork home near the end of the fall semester, and Jack arrived at the beginning of January.

They all fit together easily. They knew they would. Part of the process of bringing exchange students in involved some personality matching. Now Jack is just part of the family, as Ernie tried to explain.

“For me, as a parent I thought that maybe they would interact more,” Ernie said, “be like play buddies or something like that-”

“I thought they were going to be around each other all the time, and it’s not,” Ernie said, changing course only slightly. “It’s like brothers and sisters.”

Tozai, his son, agreed, though he said he had more of the playdates than his sister did.

“A lot of my friends have brothers and they always seemed kind of fun,” Tozai said. “It’s really fun. It’s like having a friend over all the time.

Since Jack arrived in Meeteetse, he’s tried to absorb as much as he could. He’s traveled around the West with the Mays, went to the annual branding before Meeteetse’s prom, and has participated in the town-wide cops-and-robbers games. He also joined the basketball team midseason and the track team this spring, qualifying for the state meet as a member of the 4×100-meter relay team.

Athletics, and the emphasis on them has been the biggest difference between Abbiategrasso and Meeteetse for Jack.

“When I arrived here I was expecting to do a sport,” he said. “The sport mentality is the biggest and better difference here. Here I started doing a sport every single day and I never did that before in my life. Also thinking about what sport I’m going to do and how I’m going to practice.”

Jack is following in the footsteps of a cousin who also came to the U.S. as an exchange student a few years ago. Being away from home hasn’t been too much of a challenge for Jack, who spent most of his life in Abbiategrasso. He didn’t experience much in the way of culture shock because everyone in Meeteetse has been so welcoming. And a COVID outbreak when he arrived wasn’t enough to sour the experience. Even being away from his family hasn’t been terribly difficult.

Sun May 23 , 2021
What’s the price of an accurate clock? Entropy, a new study has revealed. Entropy — or disorder — is created every time a clock ticks. Now scientists working with a tiny clock have proven a simple relationship: The more accurate a clock runs, the more entropy it generates.  “If you […] 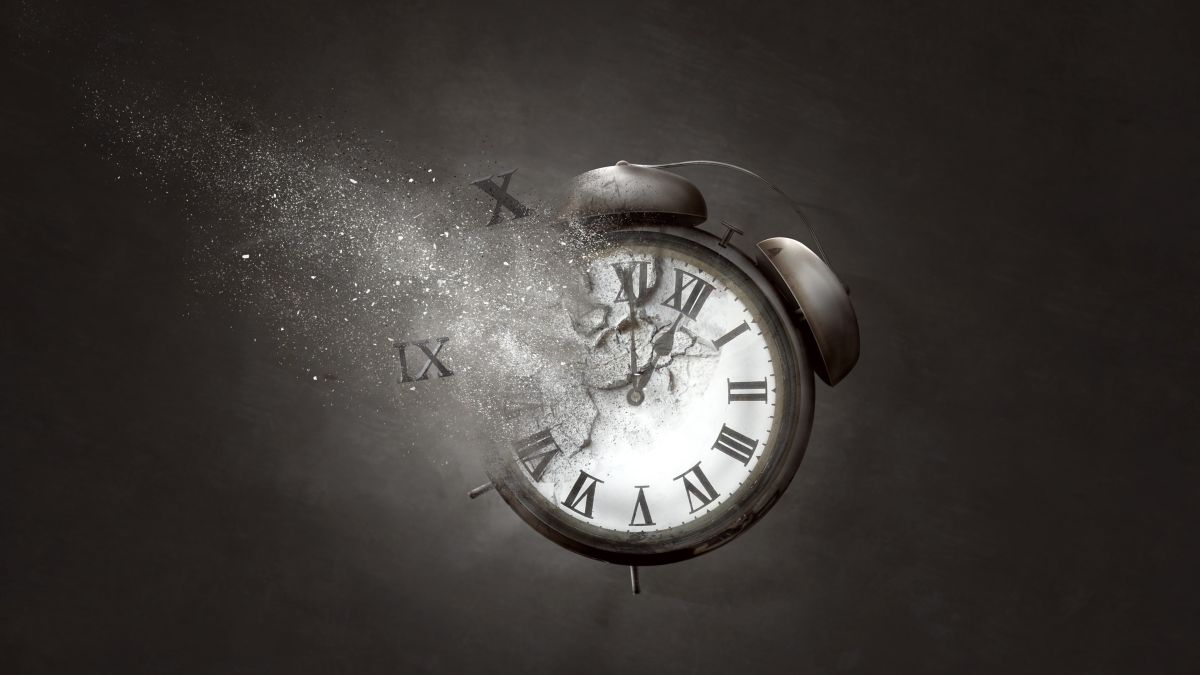