After taking a break due to the global pandemic, Foxboro High School resumed its Spanish exchange program this month.

Fourteen students and two teachers — Claudia López and Myriam Izquierdo from Instituto Ramon Montaner in Xirivella, Valencia, Spain — arrived in Foxboro on Sept. 15 and will stay for about a week before moving on to New York City before heading home.

Ava Stern, a Foxboro High School senior, who is hosting exchange student Nadia Sanchez, 16, said, “I’m so excited to have them here. I’ve been waiting so long for this and we’ve been talking all summer, so it’s so exciting that they are finally here.”

Stern said she has been talking and texting Sanchez in both English and Spanish and they have a great friendship.

Sanchez said she is really excited to be in America.

“I think this is really important because with that you can get experience and mature in your life,” she said.

Four seniors who are members of the Spanish National Honor Society recently led the exchange group on a walking tour that included the local police and fire stations.

“It’s one of the highlights of their trip as our first responders are very welcoming and enjoy sharing their place of work with our guests,” said Christine Smith, the school’s world language department head and a co-advisor for the Spanish exchange program.

During the welcome reception in the high school’s media center last Friday afternoon, Smith said she is extremely excited to bring the exchange program back since they have been doing this program for over 25 years prior to the pandemic.

“We have a strong relationship and friendship with the school, the teachers, and the students and families. These students are going to form relationships that they are going to have for the rest of their lives with these families,” Smith said. That’s what she looks forward to seeing as they complete the exchange in the second half of February when Foxboro students visit the exchange students in Valencia.

Izquierdo, one of the teachers leading the Spanish student group, said this was her second time visiting America. The first time was visiting New York City in 2016 during the holidays as a tourist. This is her first time in Foxboro.

“It’s my first whole day here. We had a tour of Foxboro this morning. We went to the police and fire stations. We loved it. The people were very nice. Nice weather and we feel so good here. It’s lovely,” Izquierdo said.

Izquierdo thinks this program is very important for her Spanish students not only for the language, learning English, and learning about the culture, but also because it helps them to mature.

“It’s very good for their development as a person and to stay with a host family (in America) because they can also become more independent,” she said.

“It’s been super awesome. He is so polite, so nice, a really nice guy,” Dorich said.

For his trip to Spain next year, Dorich said it will be interesting to see a new culture and understand and speak a new language.

“I think that more than just meeting people from another culture, it’s also good to go to another place and see how they live and interact,” he said.

Dorich and Martínez are already talking about the differences between their two schools.

“He goes to a smaller school (in Spain) so for him this (FHS) is massive. But for me, it’s not massive,” Dorich said.

It is the first time Martínez has been to America and he was excited for the visit.

“I like America a lot. This place is very beautiful,” he said.

“I learned about some of the traditions and festivities they do in Spain. I think it’s important to be exposed to different people from other places, other countries, and cultures,” she said.

Mayhew said she has never left America so visiting exchange student Julia Mascarell next year in Spain will be a new and exciting experience.

Jennie Mayhew, Tessa’s mom, talked about some of the activities they’ve experienced so far. They all participated in a typical New England family activity over the weekend by going apple picking.

“We have been very busy. The timing for the trip was perfect as the Spaniards were able to attend the homecoming game as well as the homecoming dance,” she said.

“We will go to a supermarket soon so our exchange student, Julia, can see all the different foods we have compared to what they typically offer in Spain.”

She said the main challenge is the language barrier. “Julia is learning English and is supposed to only speak in English to practice,” she said.

Doin’ It Our Way: A podcast about Black families homeschooling

Fri Sep 23 , 2022
For years, Black parents frustrated by traditional schools have been pulling their children out of classrooms to educate them at home — and that decision is becoming more common. The rate of Black families dropping traditional learning for home-schooling in 2020 was five times that of any other racial group […] 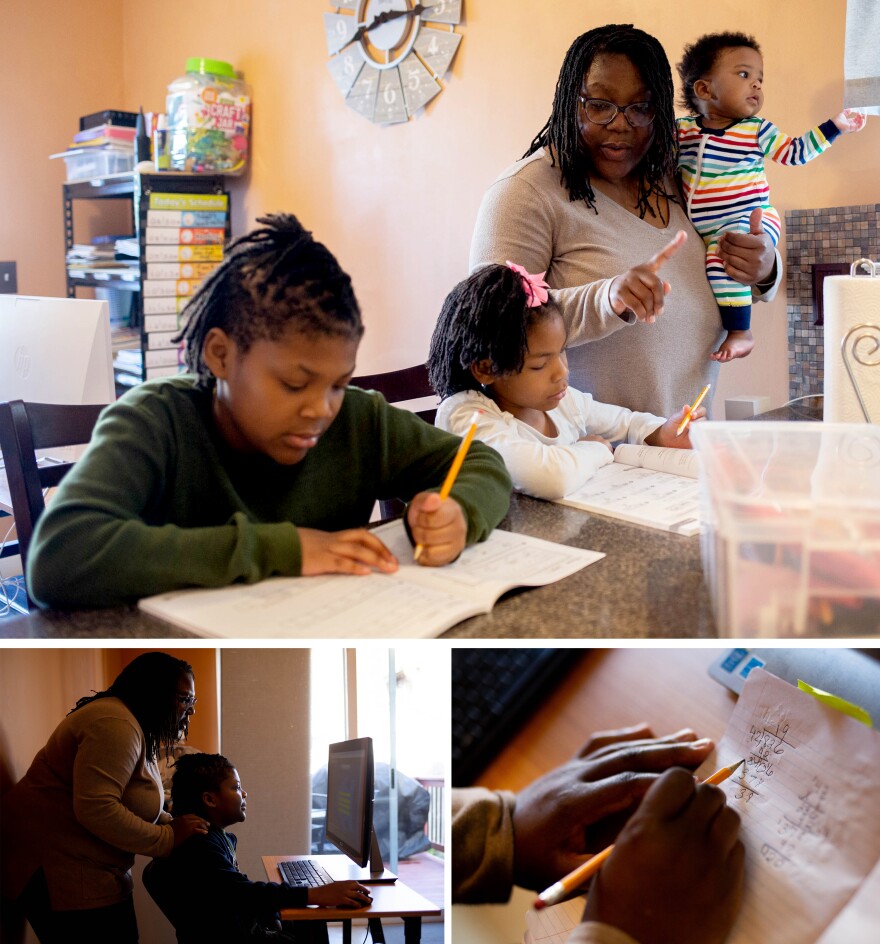