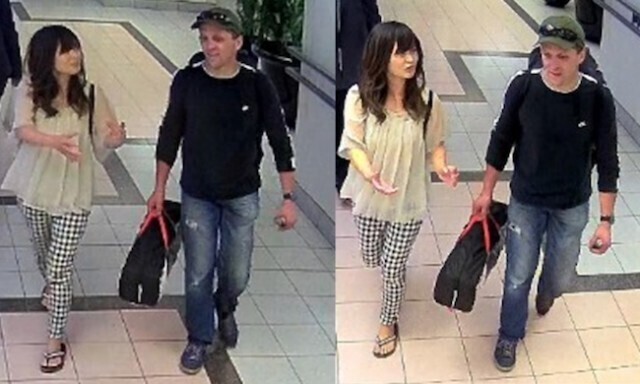 A former Vernon man convicted in the death of a Japanese exchange student in Vancouver will get a new trial.

William Victor Schneider was granted a retrial, Tuesday, in the BC Court of Appeal in Vancouver.

The appeal judges were split in their decision, Justices Saunders and Goepel in favour, and Justice DeWitt-Van Oosten opposed.

Schneider was found guilty in 2018 of second-degree murder in the case of Natsumi Kogawa.

He appealed the conviction on the grounds that the trial judge erred in admitting an overheard telephone conversation, failed to instruct the jury on the “concurrence” principle, and failed to seek clarification on an ambiguous question posed by the jury, which was then answered incorrectly.

Goepel and Saunders ruled the overheard telephone conversation should not have been admitted into evidence.

“Its admission amounts to reversible error and warrants a new trial,” they wrote in their decision. “The utterances were not logically relevant, as they lacked sufficient context for the jury to be able to determine their meaning.

They dismissed the second and third grounds of appeal.

In dissenting, DeWitt-Van Oosten wrote: “The overheard telephone conversation was properly admitted. It was logically relevant to an issue at trial and there is no principled basis on which to interfere with the judge’s assessment of probative value and prejudicial effect. On the second and third grounds of appeal, this case did not require an instruction on the concurrence principle and the judge correctly answered the jury’s question on the definition of ‘bodily harm’ as applicable to the offences of murder and manslaughter.”

Kogawa was a 30?year?old Japanese citizen who came to Canada on a student visa. She was reported missing Sept. 12, 2016. Her body was located about two weeks later, folded into a suitcase on the grounds of a vacant mansion in Vancouver’s West End.

Schneider pleaded guilty to interfering with Kogawa’s body and admitted to being with her when she died and to disposing of her body. However, he disputed the Crown’s contention that he killed her.

An autopsy revealed Kogawa had Zopiclone and Lorazepam in her system. The first typically used as a sleeping medication, and the second an anti?anxiety medication with a sedative effect. Neither medication had been prescribed to her.

At issue in the call overheard by Schneider’s brother, Warren, was his use of the words “I did it.” He was calling his ex-wife in Japan at the time.

The concurrence instruction argument contended the judge should have made it clear to the jury that before convicting the appellant of murder, the jury had to be satisfied beyond a reasonable doubt that the intent and the physical act of the alleged offence coincided.

The allegedly mishandled question from the jury was: “Could you please expand on the definition of bodily harm … (intent required for murder) versus bodily harm … for manslaughter.”

The defence argued the question could have referred to “any hurt or injury that interferes with a person’s health or comfort and is more than just a brief or minor nature” rather than specifically to murder.

Education Turns180 Degrees in a Matter of Months

Tue Feb 2 , 2021
By GARRY RAYNO, InDepthNH.org If you doubt elections have consequences, just look up the bills before the House Education Committee this week. Only yesterday, actually it was December, the Commission to Study School Funding released its final report after a year’s work studying the current funding system and proposing a […]