He once graced the cover of Sports Illustrated. Now, he’ll sit on the Oklahoma State Board of Education.

Former University of Oklahoma football captain Trent Smith is Gov. Kevin Stitt’s pick to represent Congressional District 3 on the board, which oversees all public schools in the state. His term would expire in April 2023.

Smith, 41, is the CEO of Accentra Home Health and Hospice. He serves as a commissioner for the Oklahoma Employment Security Commission and is a founder of the education-focused organization Every Kid Counts Oklahoma. Smith said he has resigned from the organization’s board.

The former tight end was a national champion with OU in 2000. He featured on a 2002 cover of Sports Illustrated and became a seventh-round draft pick of the Baltimore Ravens.

Originally from Clinton, Smith now lives in Yukon with his wife and two children, who attend Yukon Public Schools. His parents, grandparents, aunt and two cousins have all been educators.

Smith said Friday he is eager to listen and learn from those who spent their careers in public education.

“I’ve heard for years about the workforce shortage in Oklahoma, big companies like Tesla most recently, passing Oklahoma and choosing Texas,” Smith told The Oklahoman. “As a football player, I spent a lot of time thinking about beating Texas, and we were pretty successful in that regard. I’d really like to beat Texas in education now.”

Stitt said he chose Smith because he will “put the future generation of Oklahomans first.” The governor praised Smith’s experience as a businessman, community leader and parent while announcing his appointment Friday.

Fri Jan 22 , 2021
A lot of learning goes on when you read aloud with a child, even if you’re doing that reading isolated by a pandemic and separated by an ocean. That’s what a Minnesota retiree and a shy Swedish schoolgirl learned recently when they began reading a book to each other on […] 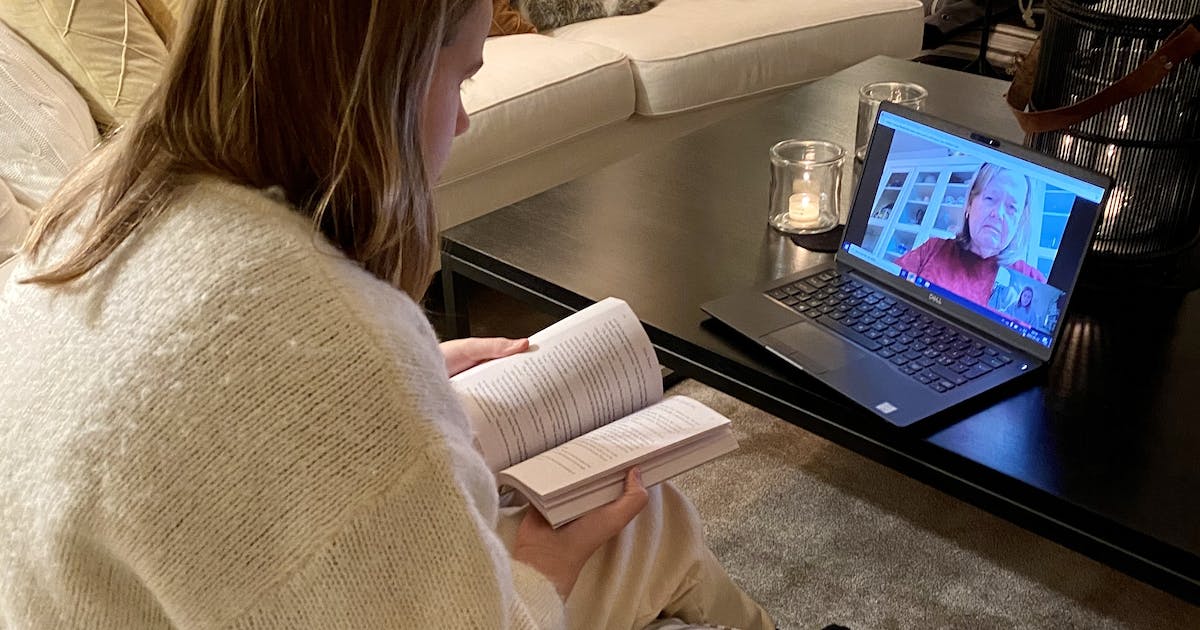