This year, families in Western North Carolina hosted three foreign exchange students while they attended Pisgah High School. Due to the COVID-19 Pandemic, many schools that would normally accept exchange students decided not to this year. Pisgah, one of the few high schools that did accept students studying abroad, ended up with three of the seven students placed by International Cultural Exchange Services in North Carolina.

Each year ICES places more than 1,500 international students in high schools across the United States where they are hosted by American families. Donna Bell is the local coordinator and field manager for Western North Carolina. Bell helps find and recruit host families for international students and is there for support during the student’s stay.

Laura Falco, 17, is from Naples, Italy. She came to the United States to improve her English and experience American high school — something she’d always wanted to do. She is bright, enthusiastic and outgoing, all valuable traits for someone who is going to travel across the world, live with a family they’ve never met and learn a foreign language and culture.

But even Laura admits, things were awkward at first. After traveling for 25 hours, she landed in Charlotte and found the welcoming hug of her new host parents, Lacey and Kyle Kilby of Sylva.

“The plane landed, and we were going to get her and me and Kyle were sitting in the airport. And it was very strange to be waiting on someone else’s kid that we’d never met. And so she got here and we were excited to see her. And I remember I went to hug her, and she just awkwardly hugged back.”

Lacey was ready with pillows and blankets in the car for Laura after the long journey. But, either due to exhaustion, nerves, excitement or some combination of the three, Laura wasn’t able to sleep. The new family unit experienced the first of many comical cultural collisions when they stopped at Cook Out for a bite to eat on the way home from the airport.

“I mean, immediately it was culture shock for all of us,” said Lacey.

When they got home, Lacey told Laura to “holler” at her if she needed anything, after which Kyle had to remind Lacey, that was not a phrase an Italian teenager would know. Laura on the other hand said she shut the bedroom door, after hours of traveling and straining to understand a new language, and thought to herself “what am I doing here?”

One of the main reasons Laura decided to study abroad was to improve her English. When she first arrived, she could get her point across to Lacey, Kyle and other students in her school, but it was much more of a challenge to ascertain what they were saying.

“I could not understand them. It was hard to get used to the accent,” said Laura.

“The first thing I noticed was, unless we said her name first, she was not listening. Just getting her ear to listen for English, it probably took three or four weeks before that clicked,” said Kyle.

The family agreed it only took about a week to feel completely comfortable around each other. This may seem fast for complete strangers from different parts of the world, but speaking with the Kilbys and Laura, listening to their outgoing, warm natures, it’s easy to understand how they got along so well. 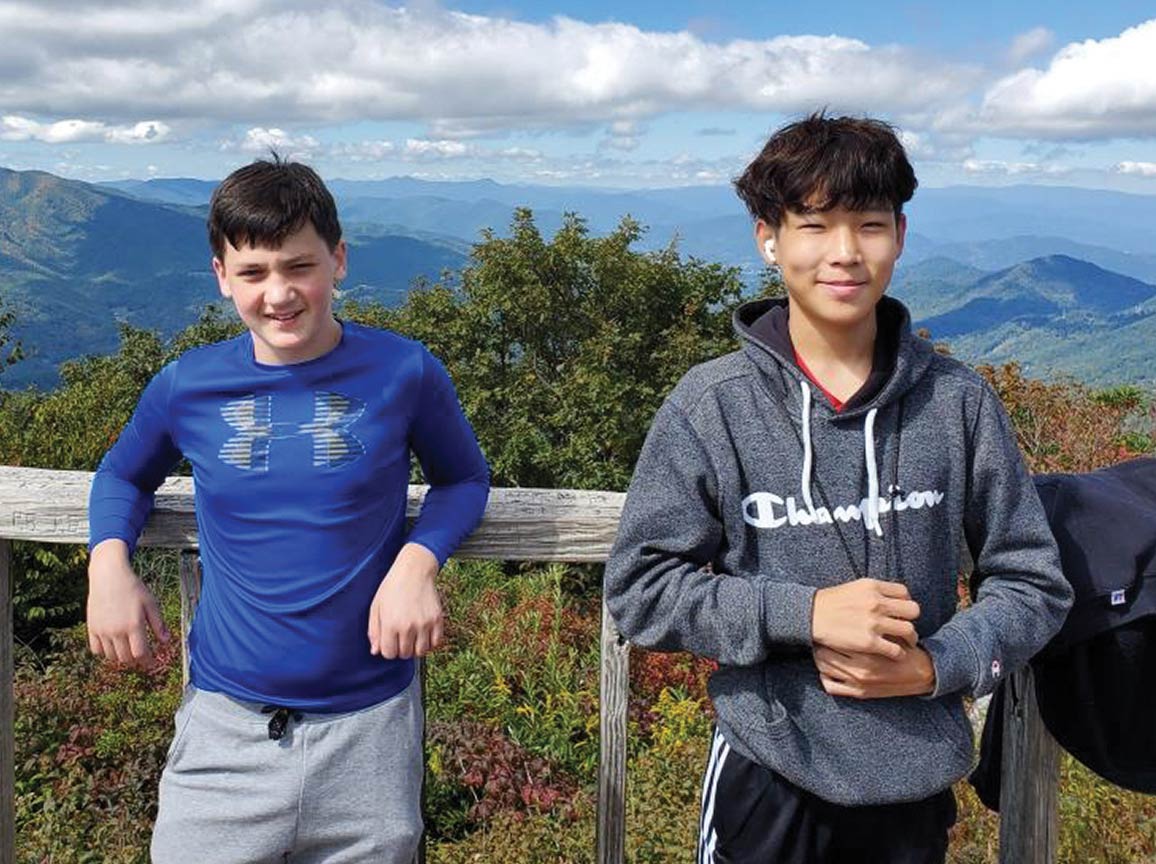 Garam Kim and his host brother Daniel Sayblack on top of Mt. Pisgah in early October.

Garam Kim is also 17, from Frankfurt, Germany. Studying abroad runs in his family. Both his older cousin and his older sister had participated in exchange programs and after hearing about their experience Garam knew he wanted to study abroad too. Though Garam is self-admittedly shy, he didn’t allow his nervousness about making friends or getting the language right to stop him from this adventure.

His host parents Joe and Joanna Sayblack are both teachers at Pisgah High School and his host brother Daniel is a student at Canton Middle School. Joe and Joanna have both traveled internationally, have friends abroad and experienced a rich exchange program at the high school they attended. When they heard that Pisgah would be accepting several exchange students this year, they excitedly offered up their home.

When Garam first arrived, exhaustion from traveling, insecurity about speaking in English and trying to understand the Western North Carolina accent all made communicating difficult. Luckily Joanna is a Spanish teacher, and she understands the ins and outs of learning a new language. She made a real effort not to use colloquialisms or other terms Garam may not yet be familiar with. The whole family agrees that during his time here, Garam has improved his English tremendously.

On top of all the new norms that Garam has experienced in the United States, moving from the Urban environment of Frankfurt to the rural environment of Canton was one of the most stark. Public transportation is abundant and easily accessible in Frankfurt. Garam was used to using public transit or walking to get where he needed to go. Here, he had to rely on his host parents to drive him everywhere.

American high school is a vastly different experience than what Laura and Garam knew of school back home in Europe.

“I enjoyed it much more than in Germany,” said Garam. “It’s not very hard and the best thing about here is you can do many other sports and activities after school. It’s really fun.”

“American high school has been super positive,” said Laura. “I really like school here, and it is so different from the Italian one. The relationship between teachers and students, the way we take tests. Here I have lunch at school, in Italy I go back home for lunch time. It’s just super different, but in a positive way.”

Laura particularly enjoyed learning about American football. Kyle and Lacey taught her the rules, a long, comical process, but once she understood, she didn’t miss a game.

“Laura is very open-minded so she dove head first into making new friends and trying new things, it’s been really fun to watch her not only just throw herself into American culture, but Western North Carolina, American culture,” said Lacey. 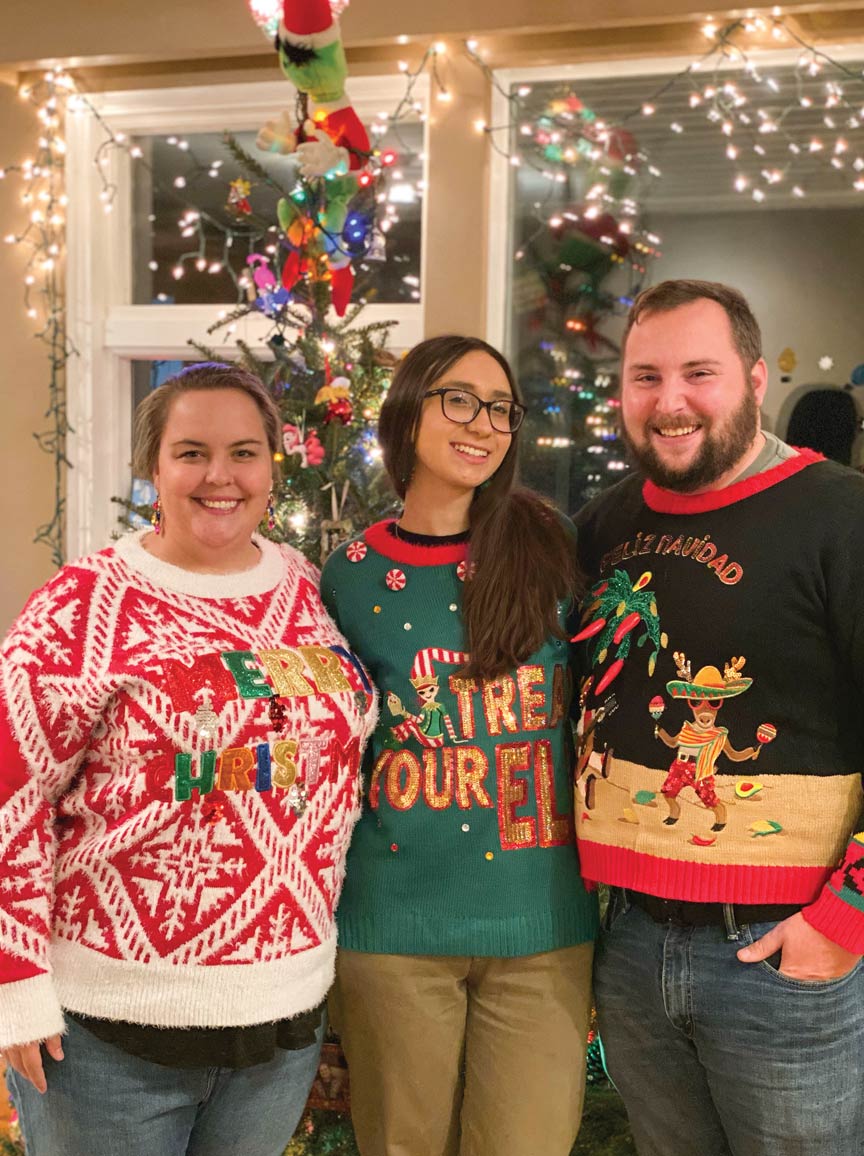 ICES is always looking for host families to be a part of the program. It accepts single and dual parent hosts, with or without children of their own. Both the Kilbys and the Sayblacks said they would highly recommend the experience and that they plan to do it again. These host families learned a lot from the students they hosted.

“It absolutely blew my mind that being from Italy, she had never had macaroni and cheese. I knew it was pasta, I just sort of thought it was going to be like a normal thing,” said Kyle.

Each occasion that came up, Thanksgiving, Christmas, weddings, a funeral — the Kilbys watched through Laura’s eyes as she experienced traditions of the United States for the first time, and they learned about how things are done differently or similarly in Italy.

“It was really nice to hear how odd it was for her, to be a part of it all, and just how different cultures celebrate life and weddings. It was just, it was a lot of fun,” said Lacey. “I joke a lot with people at work about Laura coming here because it was like, since COVID is happening and we can’t travel, we got to travel through her. We really did get to experience her culture too.”

“I think that has been a big thing for him, he’s having to navigate all of that,” said Joe.

Joanna has extensive experience traveling and communicating with people from other cultures that speak other languages, something that helped her be a host mother to Garam. Joe says as a host father, he learned a lot about how to communicate with people of other languages and cultures.

“Other than just, you know, trips abroad, I’ve never experienced learning how to communicate with somebody from another culture. That’s been a big thing for me,” said Joe.

As for American food?

Laura had similar sentiments. Foods like biscuits, gravy, and stuffing were brand new and a bit baffling.

“Oh, no I don’t,” Laura said, laughing. “I like food from holidays, Thanksgiving, Christmas, but for everyday food, I prefer Italian.”

Lacey and Kyle hope to make it to Italy for Laura’s 18th birthday this January and Laura plans to return to the United States for college. The three of them visited several college campuses during their travels around the South.

Garam said he will miss the friends he has made here when he returns to Germany, in less than three weeks. He will also miss American high school, his host family and host pets.

For more information about the ICES program visit www.icesusa.org or contact Donna Bell at This email address is being protected from spambots. You need JavaScript enabled to view it.. Host families are needed in WNC for the next school year.

Sat May 22 , 2021
(YorkPedia Editorial):- Toronto, Ontario May 17, 2021 (Issuewire.com) – May is mental health month, and students and parents across Ontario are struggling with virtual learning and continued lockdowns. Schoolio, a Canadian education startup, addresses the importance of both parent and student mental health struggles through a holistic approach to education.  Mental health […] 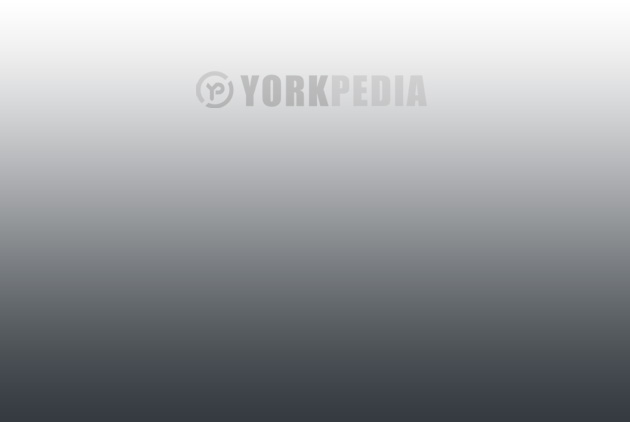