Forcing parents who homeschool their children to sign up to a mandatory register risks treating them as if they were sex offenders, leading academics have warned.

Last month Education Secretary Gavin Williamson confirmed he is ‘absolutely committed’ to creating a register of home educated children, with its introduction ‘imminent’.

It follows an Education Committee Inquiry which examined the need for ‘accountability’ and ‘monitoring’ of families who opt out of the school system.

But Dr Harriet Pattison, a home education specialist and Senior Lecturer in Early Childhood at Liverpool Hope University, told FEMAIL a register is likely to stigmatise children and parents and could even end up criminalising those who fail to sign up to the register.

And while Mr Williamson says there are no plans for standardisation, assessments or inspections for home educated children, Dr Pattison is deeply skeptical – and says it’s only a matter of time before stressful and intrusive home checks begin. 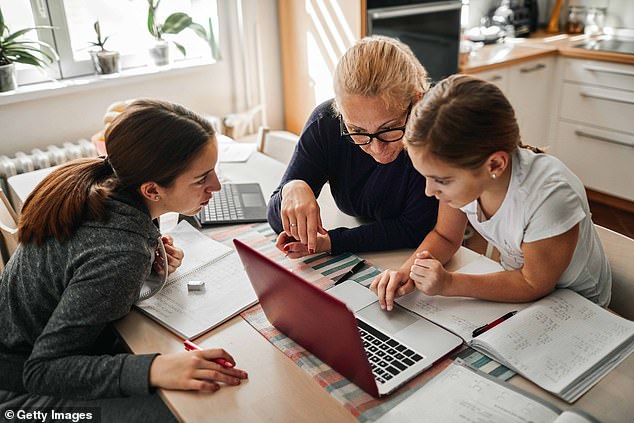 Forcing parents who homeschool their children to sign up to a mandatory register risks treating them as if they were sex offenders, leading academics have warned (stock image)

Dr Pattison, author of many academic publications on home education including the 2008 book How Children Learn at Home, and the host of a recent ‘Research Exists’ academic summit into the issue, says: ‘Assessments, inspections and standardisation for home educated children is extremely likely, if not inevitable, despite what Gavin Williamson is promising.

‘That’s precisely what those in the home education community are fighting against.

‘But we’re also fighting against compulsory registration. What parents are doing is a legitimate option that sits next to school education in the eyes of the law.

‘The only other compulsory register in the country is for sex offenders. And this new register simply reinforces the stigma attached to home education.’

Dr Pattison says the claim that home educated children are somehow vulnerable or invisible is groundless. She also accuses the Inquiry of not engaging with the research into home education.

‘That’s simply not the case with this proposal – it’s simply putting people’s names on a list and criminalising parents who don’t sign up.

Over 20,000 children fell off the school register by last autumn’s reopening

In April it was reported more than 75,000 children were being home schooled this year, with over 20,000 children falling off the school roll amid the Covid pandemic.

According to figures gathered on the first school census day of the 2020/21 academic year, an estimated 75,668 children and young people were being home educated across England.

That represented an increase of some 38 per cent from the year before – with parents citing ‘health concerns relating to Covid’ as the main reason for keeping their children at home – sparking fears that vulnerable children were falling through the gaps.

It’s currently not known how many children are being educated at home. Committee chair Robert Halfon said the most reliable estimate for England is 75,000, but admitted the actual rate could be higher because many local authorities are not confident they know all of the children who are being home educated in their areas.

In June, Education Secretary Gavin Williamson told MPs on the education committee he is ‘absolutely committed’ to creating a register of home educated children, with its introduction ‘imminent’.

He said: ‘It is imminent as to when this will be brought forward. It is incredibly important to ensure that there is that accountability and that monitoring… our commitment to bringing this forward is absolutely clear.’

‘What Gavin Williamson is proposing will not, in my opinion, change anything for the better. The doorway to monitoring will be thrown open. And monitoring will mean standardisation – which goes against the whole point of alternative education.

‘This is only the beginning. The danger is that people are not seeing the threat to their freedoms and individuality because they have been erroneously convinced that this is a safeguarding issue.

‘The research clearly demonstrates that this is not the case. In the meantime the immense damage that the register is going to cause is being glossed over.’

The law as it stands says parents are responsible for their children’s education, either through regular attendance at school or otherwise.

The Association of Directors of Children’s Services (ADCS) suggests there are around 75,000 home educated children in England. Research from Education Otherwise (EO) puts the figure rather higher at 83,960.

Whilst ADCS argue the figure could be higher, research shows that almost all currently home educated children are already known to Local Authorities.

The number of children being educated from home has risen, exacerbated by the Covid-19 pandemic. However, EO figures show this is now plateauing and predicts it is likely to fall.

Proponents argue that a register is needed in response to home educated children being seen as ‘off the grid’. There are also concerns about child abuse and radicalisation.

The ADCS former president Jenny Coles also spoke about how there was ‘no data’ or scientific evidence when it comes to the pros and cons of home education.

That, says Dr Pattison, is entirely wrong – and extremely frustrating: ‘Research shows that rates of child abuse are lower amongst home educators and there have been no substantiated cases of radicalisation.

‘Analysis of the number of Child Protection Plans drawn up by local authorities show that rates of such plans among home educated children are far lower than in the general population.

‘Furthermore, analysis of serious case reviews in which home education has been cited as a factor reveals that in every case the child concerned was already known to professionals and that safeguarding action could have been, but was not, taken.

‘The argument for the register is based on the notion of risk rather than actual evidence. The Inquiry has claimed that there is “no data” when it comes to home education. Yet we’ve been arguing for years that there is data.

‘We’re urging the Education Secretary to actually engage with this research. If there’s going to be policy changes, make sure they’re ones that are helping people and offering support – such as granting access to exams for home educated children – not closing doors and taking opportunities away from families and, ultimately, all the children who benefit from home education. We’re saying: “Please listen to us!”‘

Dr Pattison says it’s also crucial to understand that home educated children are often on a different learning ‘trajectory’ to those in school.

She reveals: ‘We might also have a situation where, for example, if a home educated ten year old isn’t reading at school standard, there would be a push for him or her to go into the school system.

‘Yet the research shows that the children who learn to read later at home are not educationally disadvantaged. When they learn late, they learn very quickly. These children are just on a different trajectory to ones in the school system.’

There’s also an inherent problem when it comes to the people working for local councils who oversee home education.

Dr Pattison says there’s no specific training package for those employed in such a role – leaving those who might be tasked with home inspection to simply learn ‘on the job’.

She says: ‘We’re seeing job advertisements looking for people to carry out home education assessments that say the applicant should have A Levels – and that’s it. There’s no formal training.

‘And my fear is that they’ll essentially be going into homes looking for the school environment to be replicated at home. But home education doesn’t work like that, it’s much more flexible.

‘This all feeds into decades of mistrust between local authorities and home educators. Somehow that trust needs to be built back again to the point where we have a reciprocal relationship with real cooperation.

‘Sadly, this register will not build those bridges but drive more wedges between families and authorities.’

Fri Jul 16 , 2021
In this time of transition, we’re back with our annual list of health, medicine, and science books to check out this summer — and this time we’ve thrown podcasts in the mix, too. Read on for recommendations from the likes of Anthony Fauci, Rochelle Walensky, and Chelsea Clinton. Plus, STAT […] 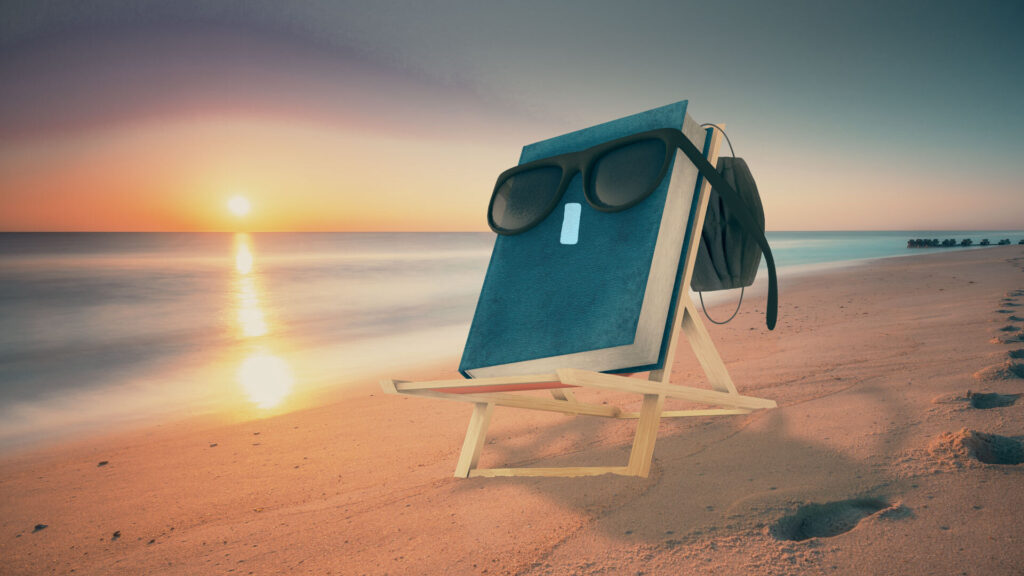