The Environmental Protection Agency (EPA) on Tuesday finalized one of its most controversial rules, limiting the types of studies the agency can weigh when crafting its policies.

The rule has been one of the top concerns for public health advocates and environmentalists who say it will restrict the EPA’s ability to consider landmark public health research and other studies that do not make their underlying data public.

But critics say it’s unnecessary for the agency to review spreadsheets full of sensitive personal health data or proprietary business information rather than evaluating the scientific underpinnings of the research itself.

“Too often Congress shirks its responsibility and defers important decisions to regulatory agencies. These regulators then invoke science to justify their actions, often without letting the public study the underlying data. Part of transparency is making sure the public knows what the agency bases its decisions on,” EPA Administrator Andrew Wheeler

The first version of the 2018 rule sparked major pushback — the 600,000 comments it elicited made it one of the EPA’s most commented-on regulations ever. Its merits were even questioned by the agency’s independent science board, who said the agency had not resolved how to protect sensitive data.

“Their own scientists said this is just a bad idea, and they said, ‘Well we’re doing it anyway.’ If it’s about better science, don’t you think the scientists might know something about that?” said Andrew Rosenberg, director at the Center for Science and Democracy at the Union of Concerned Scientists.

Tuesday’s rule is the third iteration, a slightly narrower take than earlier versions by focusing on dose-response studies that show how increasing levels of exposure to pollution, chemicals and other substances impact human health and the environment rather than all studies. It would allow the administrator to make an exception for any study they deem important.

But rather than apply to just the agency’s rulemakings, the rule will affect all “influential scientific information” at the agency, a broad term that could exclude public health research as the agency issues guidance or takes other actions.

Critics argue the rule takes a page from the book of the tobacco industry, which sought to undermine science linking its products to cancer.

“It’s a page ripped straight from the science denial playbook of the tobacco and lead paint industries. If capable of shame, the polluter toadies leading Trump’s EPA should be ashamed,” Sen. Sheldon Whitehouse

In the case of its latest rule, the EPA could block consideration of Harvard’s 1993 six cities study, which linked air pollution to premature death. It’s conclusions have formed the basis for many of the EPA’s air pollution rules.

Wheeler, who announced the rule at an event with the Competitive Enterprise Institute (CEI), a conservative think tank, said it would not block previous studies from being used.

The rule, however, essentially creates various tiers for research. Studies with public data would get priority over those that don’t.

Rosenberg said peer reviewers don’t need to look at raw data, and instead look at basic methods, statistics and results to see if they support the studies’ conclusion.

“Fundamentally what the tiering system does is substitute non-scientific criteria — availability of data — for weighing the study or deciding how important the study is. Whether the data is available or not has nothing to do with whether science is strong and whether it’s showing strong evidence of a health impact,” Rosenberg said, adding that he doubts members of the public will go through millions of lines of raw data to evaluate EPA’s work.

In his formal announcement of the rule, Wheeler repeatedly blamed the media, saying “environmental activists masquerading as environmental reporters” had misrepresented the rule and what it does.

“I believe a number of the critics are very cynically trying to kill this effort, because they prefer the agency to make decisions in the proverbial smoke-filled back room, where they don’t have to explain how the agency reached a particular decision on a pesticide,” Wheeler said.

But Chris Zarba, former director of the EPA’s independent Science Advisory Board said mainstream scientific organizations had all criticized the rule.

“The thing is it’s a bit frustrating. The title, Transparency in Science, who can argue with that? It’s like motherhood and apple pie. It’s only when you know what’s going on here that you know how dangerous it is,” he said.

The rule will take effect immediately, but Wheeler also referred to it as a housekeeping measure, an “internal management regulation” designed to bypass lawmakers who may seek to overturn the rule through the Congressional Review Act.

He also noted that because the agency made the decision via rulemaking “people will actually be able to take us to court if we don’t follow this regulation.”

Rosenberg sees that as a way to slow the regulatory process for future administrations.

“All this is is litigation bait. They want to provide more and more opportunity for industry to challenge rules and tie things up in court,” he said.

Wheeler was joined in Tuesday’s announcement by Myron Ebell, who runs CEI’s Center for Energy and Environment and served as President Trump

Ebell, a known climate skeptic, said the rule would help fight “the secret junk science problem that is plaguing our society.”

“While I continue to be amazed by this administration’s penchant for science denial, I am confident that this irresponsible rollback – finalized in the last few days of the Trump administration – will not impede the incoming administration’s efforts to restore the use of science in rulemaking,” he said in a statement.

Wed Jan 6 , 2021
The Milton Hershey School is planning to build an early childhood education center in Derry Township. The center will be built on the southwest corner of Governor Road and Homestead Road. It will be designed to accommodate 150 students and will serve eligible children free-of-charge. The school said that the […] 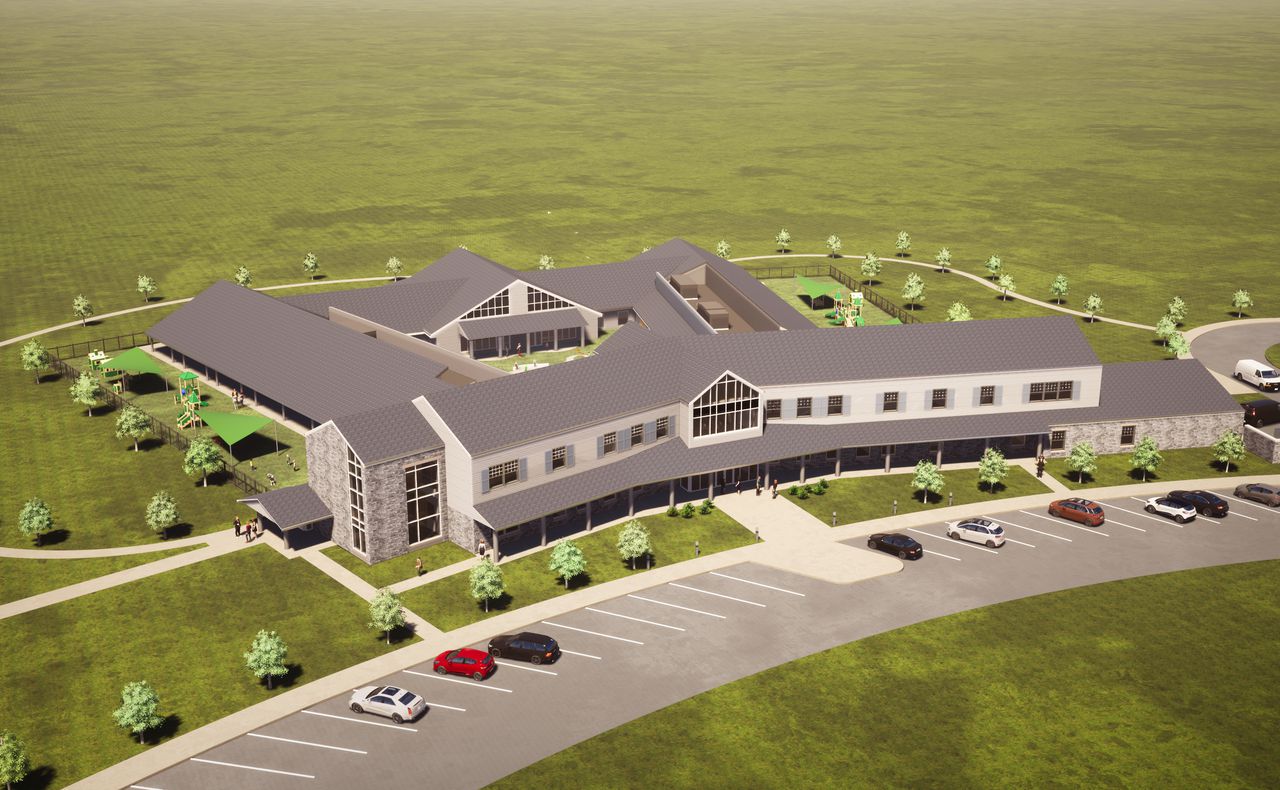