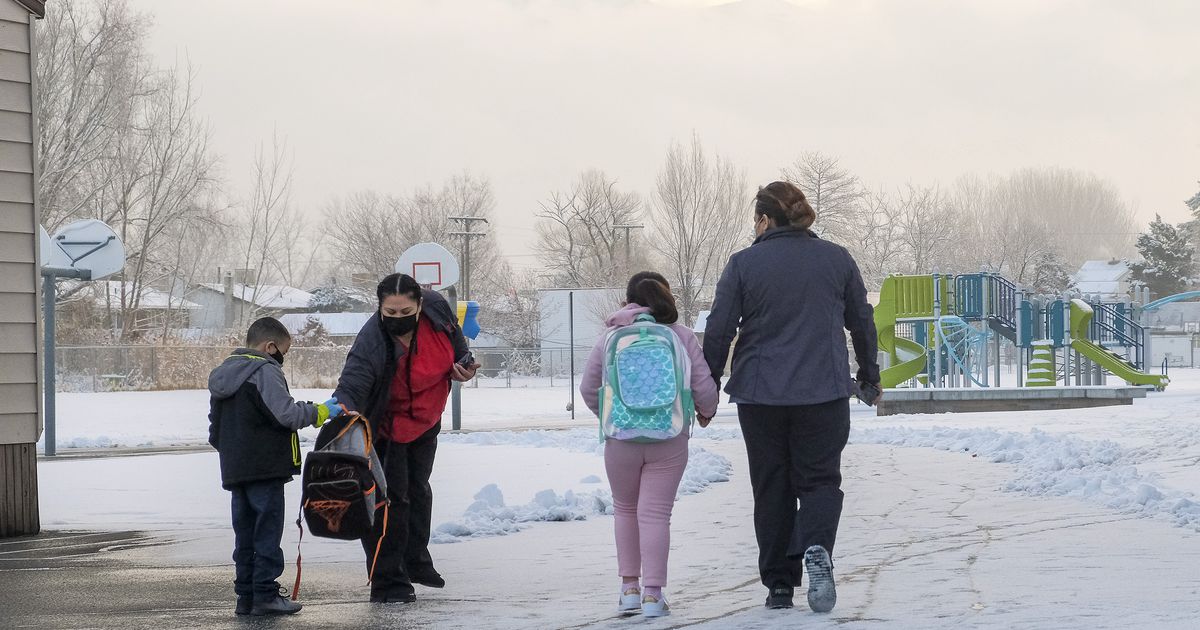 (Leah Hogsten | The Salt Lake Tribune) Parents walk their Escalante Elementary students back to class in Salt Lake City head back to class, January, 25, 2021. Salt Lake City School District reopened all of the district’s elementary schools to in-person learning on Monday. It is the first time students in kindergarten through sixth grade are back in the classroom for a full day of school since they first closed for the pandemic in March 2020.

The first graders of Escalante Elementary School lined up Monday along the yellow hopscotch grids painted on the sidewalk. The squares had been cleared of snow and were meant to remind the young kids to social distance, but most had a hard time staying put.

This was their first time being back here since schools in Utah first shut down last March for the pandemic. And they were literally bouncing with anticipation. “I’m just so excited,” one little boy squealed, jumping up and down on the “3” box.

“We’re very happy to have you back, too,” said his teacher, behind a mask, kindly prompting him to keep a few feet back from the girl in front of him. “We really missed you.”

After more than 10 months away — with classes this fall having started entirely online — Salt Lake City School District is now beginning to welcome its youngest students back in person this week. Up until now, it was the only district in the state to have stayed remote.

Lily Ochoa, whose son waited at the back of the hopscotch line, said she was nervous about him returning and wishes the number of virus cases was lower. But she’s excited, too, for Joshua to be with friends again face-to-face. He’s missed that social interaction, she said.

Kindergartners and first graders started first on Monday. Second and third graders will come back next week. And fourth, fifth and sixth graders can return Feb. 8; junior high and high school students will also begin on the same day.

Joshua Ochoa has siblings in third and sixth grade who will soon join him at Escalante Elementary. When schools shut down last year, he was finishing up kindergarten. And it’s been hard trying to help him learn online since, Ochoa said. He’s too young to know how to read yet, and he can’t really navigate a computer on his own.

“You have to walk him through everything,” the mom added.

That was a large part of why she agreed to let him return in person. But Salt Lake City’s plan for returning also helped her feel more comfortable. The district is requiring masks, will have students clean their desks at least three times during the day and, for safety, has staggered students’ return dates.

“They’ve all got sanitizer and water bottles and tissues,” she said. “It’s as good as it can be.”

The district’s board of education had voted for elementary students to return this month, knowing the unique challenges for them with learning online. But it was holding off on having older students in the classroom because of data from the Salt Lake County Health Department that showed higher spread of the virus among those older than age 12 who had returned to school in the nearby districts that reopened.
As part of a compromise to reopen, teachers in the district have started getting their first shots of the vaccine. Many stood at the doors happily greeting students Monday.

“I’m so happy to see you,” added Becca Stevens, a paraprofessional.

The electronic sign at the front of the school still read, “We miss you!” from when school was dismissed last spring. Meanwhile, about 30 kids rushed past it, coming off of buses and across crosswalks, most wearing scarves and boots, one in a knit winter hat made in the pattern of a hamburger and everyone in face masks.

Cesar Brito, 15, walked with his little sister, Fatima. She’s a first grader, and he’s been helping her with online school while also balancing his own remote instruction at West High.

“I have to wake her up and get her computer ready for Zoom,” Cesar said, holding her hand. Their parents work during the day, so he also checks in on her between his assignments to make sure she’s staying on task.

Fatima was bouncing on the sidewalk, looking at the snow-covered playground and nervous to get to her classroom before the bell rang. She said she was most excited for “seeing friends.” She got behind Joshua Ochoa in line.

With salt crunching underfoot, Mirsada Feratovic and her first grade son, Luciano, joined the class, too. She carried his backpack as he ran in circles.

Feratovic also works during the day and said it’s been hard balancing her hours at a local gas station with online schooling. “It’s really a challenge,” the mom said. But, for her, one of the more exciting parts is also having her young son interact with his teacher rather than spending eight hours a day on a computer screen.

To echo her, Luciano jumped on the “8” of the hopscotch. There, he declared he was most looking forward to lunch time. 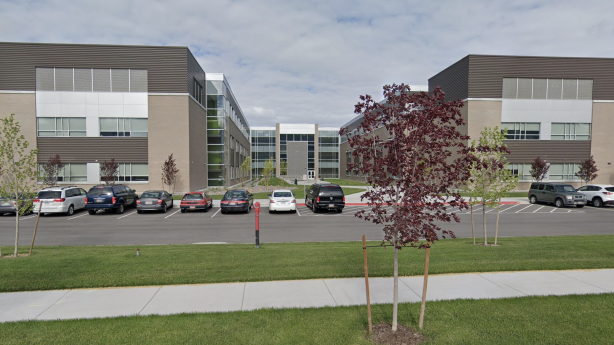 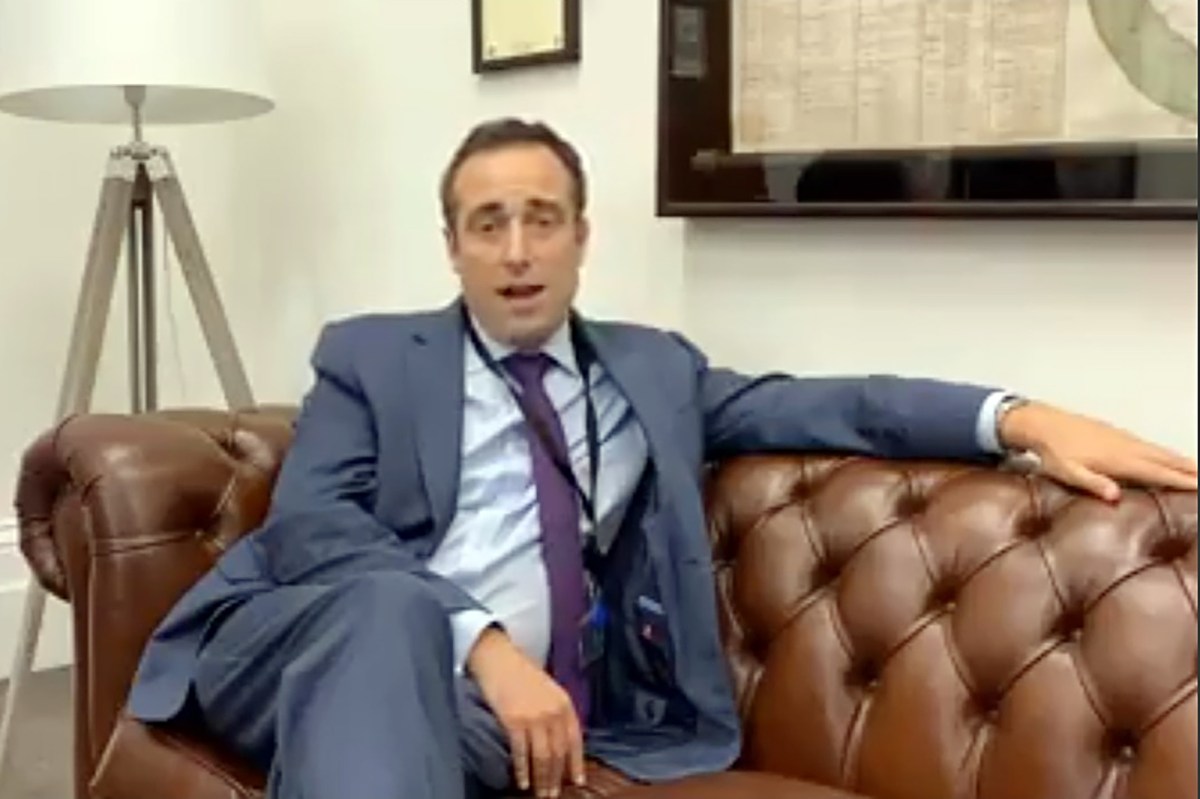 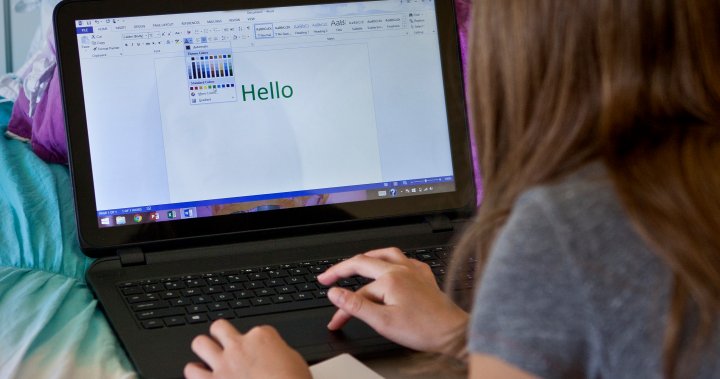