The Education Department (ED) has thrown out a Trump-era rule that limited debt relief for 72,000 borrowers who had graduated from fraudulent for-profit colleges.

“We conducted a review of the partial relief methodology that was in place and determined that it was not granting appropriate levels of relief to borrowers given the degree of harm they witnessed,” a senior department official stated on a call with reporters. “The feeling was that [the methodology] didn’t quite go far enough.”

Full debt relief will be applied “for claims that have been approved to date,” the official added, meaning that defrauded borrowers who have already received partial forgiveness will get a full discharge. This process will be “rolled out over a couple of weeks” and is expected to fully cancel roughly $1 billion in student loans.

The old formula, which was put in place in December 2019 by former Education Secretary Betsy DeVos, limited how much debt relief a defrauded borrower would get for their borrower defense claim. The Trump-era formula was a response to an Obama-era rule in the wake of for-profit giant Corinthian Colleges shutting down in 2015, which led to the tens of thousands of claims made by students.

“For more than four years, defrauded borrowers and their families have lived under a cloud of education debt that they should not have to repay,” House Committee on Education and Labor Chairman Bobby Scott (D-VA) stated. “I applaud the Biden administration for doing the right thing by making these borrowers whole, and I can only imagine the mixture of joy and relief they are feeling today. This announcement is life-changing for tens of thousands of people across the country.”

Under existing law, borrowers with federal loans are eligible for loan forgiveness if a college or a university has misled them or engaged in other misconduct in violation of certain state laws. ED faced an onslaught of these claims, and the DeVos-led ED formula consequently developed a program to offer partial relief based on how much money they were earning at the time of filing the claim.

“The previous administration turned borrower defense into a total sham that was rigged to deny claims without any true consideration,” Toby Merrill, director of the Project on Predatory Lending and an attorney representing some of the debtors who have filed suit against ED, said in a statement. “The Biden-Harris administration must now address these failings or else perpetuate a system that is stacked against the very students they are supposed to protect.”

According to Merrill, about 13,572 claims for debt relief were approved under the partial relief formula.

“Borrowers deserve a simplified and fair path to relief when they have been harmed by their institution’s misconduct,” Ed Secretary Miguel Cardona said in a statement. “A close review of these claims and the associated evidence showed these borrowers have been harmed and we will grant them a fresh start from their debt.”

Alexis Goldstein, a senior policy analyst at Americans for Financial Reform, added that it “should not have taken so many years, so much tenacity from attorneys defending these defrauded borrowers, and the resilience of thousands of former for-profit college students who were not willing to give up to get here.”

The borrower defense claims submitted by affected students — for loan forgiveness — were created in 1995 and barely used until the Corinthian Colleges closed in 2015, triggering a flood of claims.

“For years, Corinthian profited off the backs of poor people — now they have to pay,” then-California Attorney General Kamala D. Harris said in a 2016 statement. “This judgment sends a clear message: there is a cost to this kind of predatory conduct … My office will continue to do everything in our power to help these vulnerable students obtain all available relief, as they work to achieve their academic and professional goals.”

The Obama administration created special rules to address the problem, making it easier for defrauded students to get their loans cleared — with some getting automatic loan forgiveness if they qualified.

“I’m sure you can imagine the joy followed by utter heartbreak I felt reading this,” Alexander, who preferred not to disclose his last name for privacy reasons, told Yahoo Finance in October.

After reading the announcement on Thursday, Alexander said he wasn’t sure if he will be affected, but was still happy that ED was revisiting their decision.

“I’m almost in tears with renewed hope that this could help me, my family, and those that are in the same boat as me,” he added.

Betsy Mayotte, president and founder of the Institute of Student Loan Advisors, told Yahoo Finance that potentially affected borrowers should “be happy, but be patient. And if they don’t hear anything after 60 days, I would reach out to the Borrower Defense Unit.”

Aarthi is a reporter for Yahoo Finance. She can be reached at [email protected] Follow her on Twitter @aarthiswami.

Women and the pandemic: Knoxville mom leaves job to start homeschooling; many seek to re-enter workforce

Mon Mar 29 , 2021
Homeschooling was never in Jennifer Zielke’s plans. She had spent 15 years climbing the ladder in the oil and gas industry until COVID-19 closed schools. KNOXVILLE, Tenn. — More than 2 million women have left the workforce since the start of the COVID-19 pandemic. A Knoxville mother of four is […] 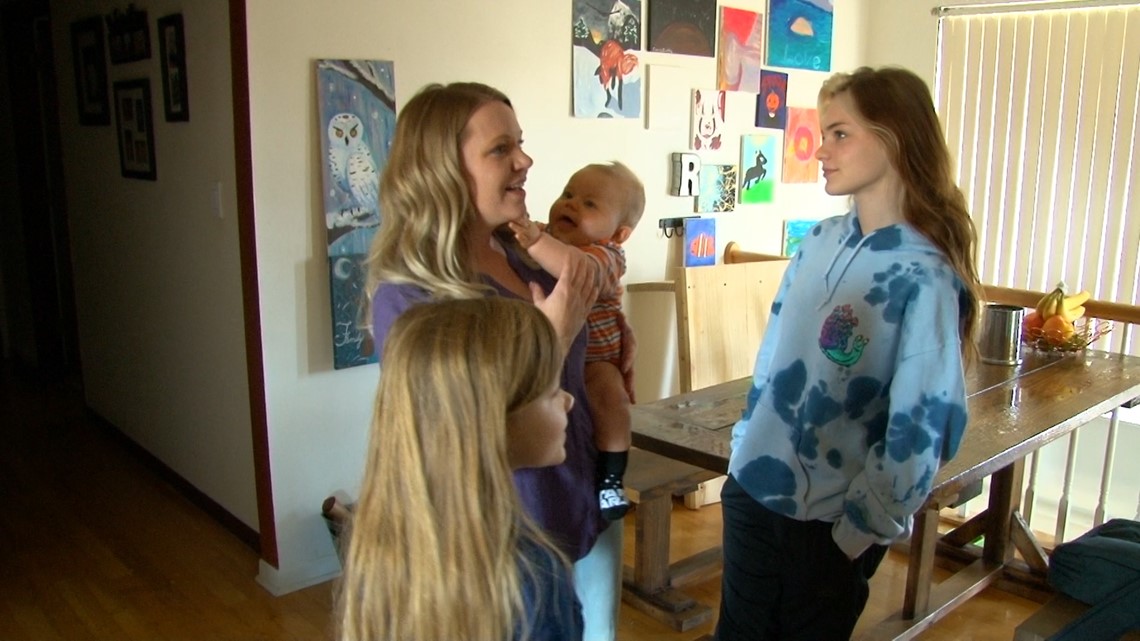