After Mayor Cooper’s first capital spending plan addressed only emergency projects due to acute fiscal constraints, this year’s CSP brings overdue investment in the needs of a growing city. As a result of revenue increases, budget savings and a recent debt refinancing, Nashville is now in position to invest in its future.

“We are a growing city with growing needs,” Mayor Cooper said. “This plan helps us catch up on maintenance needs while prioritizing our students’ schools more than ever before. These critical investments in our city’s future are possible because we’re now financially stable as a city for the first time in years.”

A record $191 million for education – the most in Nashville’s history – will fund much-needed school construction, expansion and repairs across Davidson County. Included in this historic investment are funds to build the long-awaited new Hillwood High School in Bellevue, HVAC upgrades made even more critical by the pandemic and major funding toward two schools in Cane Ridge.

The CSP also includes $122 million in transportation investments, delivering on the first phase of the Metro Transportation Plan.

Mayor Cooper’s administration released the Metro Transportation Plan at the end of his first year in office, consistent with the mayor’s campaign commitment. In December 2020, Metro Council adopted the plan to bring greater transportation investment across the county. This CSP provides for transportation improvements without the sales tax increase proposed in previous plans.

The plan also includes high-impact down payments on Nashville’s future, in the form of environmental sustainability, affordable housing and a first-of-its-kind North Nashville infrastructure fund to be allocated via participatory budgeting.

$191 million for Metro Schools – the most funded by any Nashville mayor – includes $100 million for a long-anticipated, new high school in Bellevue.

“The long-delayed high school is a project of huge importance to my constituents and families throughout Nashville,” said Metro Councilmember Dave Rosenberg. “No capital spending plan in our city’s history has provided this much for our schools, nor has a plan been so focused on education. I’m grateful to Mayor Cooper for his desire to invest in the public schools that serve every corner of Nashville.”

The new high school will replace the current facility which is more than 60 years old and ranks among Metro Schools’ lowest for facility quality. The new high school in a community of 75,000 residents will serve a diverse student population from 34 of Nashville’s 35 Council districts.

The new high school on the 274-acre former Hope Park Church site will serve 1,600 students in a three-story building, with technology-rich classrooms and a new sports complex.

“I live in Bellevue. I teach at Bellevue. And all three of my children attend schools in Bellevue and will attend their local, zoned public high school – which will now also be in Bellevue,” said Eli Foster, a fifth-grade Blue Ribbon teacher at Bellevue Middle School.

“The school is the center and hub of a community,” Foster added. “I can’t wait to see all my middle school students, and my own children, touring the halls of a new high school.”

Repairs and Upkeep at 45 Schools District-wide

The average Metro Schools building is 50 years old. Some school heating and cooling systems have been patched up so many times, they’re now beyond repair and won’t be fixable if they break again.

Cooper’s plan includes $67.8 million for maintenance and repairs in 45 schools across Nashville. The COVID-19 pandemic has shown, more than ever, the importance of HVAC upgrades. These investments by Metro Government allow MNPS to focus its federal stimulus funds on learning recovery to catch students up as a result of the pandemic.

The Metro Nashville Transportation Plan calls for 1,961 improvements across 300-plus neighborhoods – everything from safer pedestrian crossings to smarter traffic signals. The Metro Nashville Transportation Plan is also a platform to unlock state and federal funding to pay for up to 60{c25493dcd731343503a084f08c3848bd69f9f2f05db01633325a3fd40d9cc7a1} of its projects.

The sidewalk, paving and traffic management improvements will also include life-saving improvements to some of Nashville’s most dangerous pedestrian crossings.

“I’m pleased to see this administration investing in a comprehensive transportation plan,” said Metro Councilmember Freddie O’Connell. “Reducing pedestrian fatalities and offering safe, equitable access to all users of our public rights of way will take investment and execution.”

A State of Good Repair – Maintaining and Upgrading City Essentials

Mayor Cooper’s plan funds overdue repairs and upgrades to the buildings and equipment Nashville needs to run, including:

Fire Station #2 was built in 1974 and closed in 2019. Had the station been open on Christmas Day 2020, its 15-member crew would have been among the first to respond to the downtown Nashville blast. Bringing this crew back to a new Fire Station #2 will boost morale and give residents another safe haven if they’re fleeing domestic violence or need medical help.

“There is always a lot of conversation and thought that comes into play to when deciding where we locate a fire station,” said Director Chief William Swann.“We know because of run volume, the growth and the potential growth in the downtown area it will be a great benefit to have station 2 back at home. This will also benefit Germantown And North Nashville residents.”

The new police precinct – the city’s ninth – will serve the Antioch community. Officers at South and Hermitage precincts, who now respond to the entire southeast area, will be able to better focus on their zones – which already total 160 square miles.

A record $17+ million will go to greenways and bikeways, including the Charlotte Corridor Rail & Trail greenway prioritized in Nashville’s Plan to Play strategy.

“As an avid supporter of walking and biking, I am pleased that the proposed capital spending plan allocates over $17 million toward greenways, bikeways, and active transportation,” said Metro Councilmember Burkley Allen. “If we’ve learned anything from this pandemic, it’s that infrastructure that promotes healthy activity and connectivity is crucial to our quality of life.”

“I’m so grateful to see a spending plan focused on neighborhood priorities and quality of life,” said Metro Councilmember Nancy VanReece. “Madison Station Boulevard has been on the drawing board for nearly three decades and promised by two prior administrations. Mayor Cooper’s delivers on long-ago promised improvements.”

This CSP also includes $3.4 million for the first phase of repairs to the Old Hickory Community Center and $1 million to restore historic Fort Negley.

As the Metro Council’s 37208 special committee examined, North Nashville is a historically underserved area in need of infrastructure investment. This plan includes a first-of-its-kind $2 million allocation for neighborhood infrastructure improvements in North Nashville. Funds will be allocated through piloting a participatory budgeting process, an approach new to Nashville.

The CSP includes a $1 million sustainability revolving fund to monitor and reduce building utility costs with savings re-invested into retrofits to reduce carbon emissions. An additional $1 million will go to an innovation fund for sustainability programs that include conversion of Metro streetlights to LED lighting.

Where are all of the jobs? These sectors hired the most workers in January

Sat Feb 6 , 2021
EmployBridge chief workforce analyst Joanie Courtney on the January jobs report amid the coronavirus pandemic. U.S. job growth resumed in January after a one-month decline, as a slew of new hires in the professional and business service sector offset losses in other parts of the nation’s pandemic-stricken economy. The Labor Department said in its […] 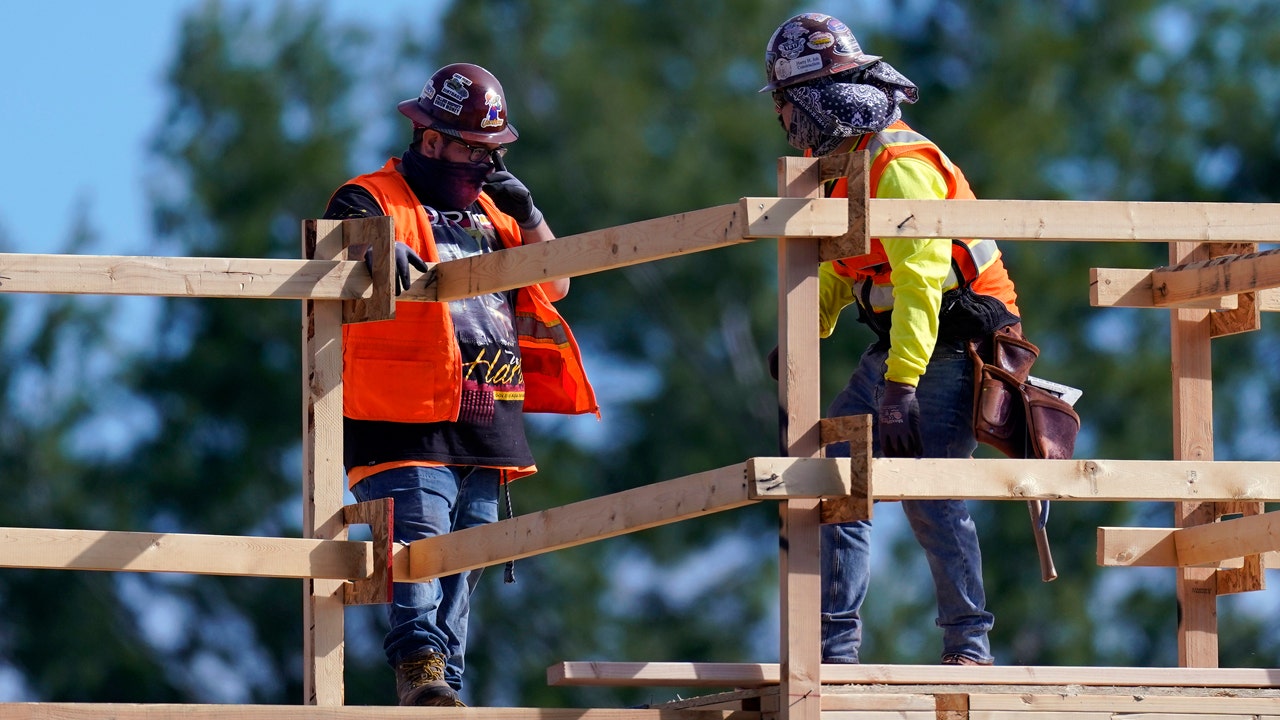