FARMINGTON — Education Secretary nominee Miguel Cardona told Latino school leaders from four Western states Friday to embrace their “Latino-ness” as they support one another personally and as aspiring education leaders.

“Embrace your Latino-ness. Embrace the fact that, Latinos, when we come together, within five minutes we’re family. That’s a superpower that we have,” said Cardona, addressing participants of the Four Corners Latinx Leadership Academy Summit conducted virtually but based in Farmington.

Earlier this week, Cardona faced tough questions during his Senate confirmation hearing. Senators pressed him for his positions on issues such as transgender participation in athletics, student loan forgiveness and reopening schools, which President Joe Biden has promised to do within 100 days of his inauguration.

Cardona said he had limited public appearances while he has been in confirmation proceedings but he kept his commitment to address the Latino educators’ group.

“This is family. I met Jose (Enriquez, founder and CEO of Latinos in Action) not too long ago, maybe a couple, three, four years ago. I believe in what he’s trying to do. I believe in this empowerment movement. We need each other. We’re going to grow together.”

Cardona’s remarks were largely confined to education leadership, urging aspiring school administrators and superintendents to challenge the “deficit mentality” they may have about themselves.

Even when he was appointed Connecticut’s commissioner of education in 2019, “I was only from this community. I didn’t have experience in many other communities.”

As a nominee for secretary of education, “some might argue ‘Well, he has pre-K-12 experience. What about higher education?’”

Cardona worked two decades as a public school educator in Meriden, Connecticut, starting as an elementary school teacher and then a principal. He later moved into district-level administration overseeing performance and evaluation in the district. In 2013, he became assistant superintendent for teaching and learning.

He is a lifelong resident of Meriden and product of its public schools. He earned his bachelor’s degree from Central Connecticut State University and a master’s degree in bilingual/bicultural education from the University of Connecticut. He also earned his doctorate and administrative certificates from UConn.

Cardona shared a story about a colleague who was up for big promotion and she doubted herself.

Utah Gov. Spencer Cox also addressed the conference noting that the issue of education equity was a major focus of his campaign and now, his administration.

Cox, who “grew up in a very small town in a very small place in very rural Utah,” said rural schools fall short of the resources and in some instances quality of education available to students in more affluent areas of the state.

“The same thing can be said in too many of our communities of color. This is where I believe that there is an opportunity for us to find more common ground,” Cox said.

“Yet, it’s unfortunately the case that that is happening in too many places in our state and in our country. So we have been specifically focusing on these different groups and these different opportunities,” he said.

The road to those milestones starts with early childhood education, he said.

Cox said he has been working to fill one judgeship and he was pleased to report that among the five finalists forwarded to his office for consideration, two are Latina.

“I don’t recall that ever happening and it’s so exciting. Now I can’t share because I haven’t made a pick yet, but I will say it’s very possible that one of those two will be chosen as a judge here in Utah,” he said.

One of the candidates was a first-generation college student. Few of her family members had graduated from high school and her mother did not speak English.

When she was in high school, someone came to her classroom to talk about college and hand out college applications.

As her classmates left the room, one of them had left an application on their desk and she took it home and and applied for college.

“That’s the first story, people from the outside community not believing in her,” he said.

Her family struggled to understand why she wanted to go to college when she could be working and contributing financially to the family. Once she graduated from college and decided to attend law school, “they were even more confused about why she would spend another three years to go to law school when she could be making money and giving back to to her family. But she persisted because she had a dream and she felt so strongly about that.”

Now she is a finalist for a judgeship in Utah.

“When she was telling her story, she gave credit to everyone else for getting her to where she was. That was the type of attitude that she had. It was just so inspiring to me,” Cox said.

Is homeschooling a cost-effective alternative for UAE parents?

Mon Feb 8 , 2021
What if some kids are better off at home? Image Credit: Shutterstock Dubai: Amid a pandemic-related cash crunch, homeschooling is a viable alternative to mainstream schools in the UAE. On average, annual school tuition fees can range from Dh30,000 to Dh100,000 in the UAE, depending on the curriculum. On the other hand, […] 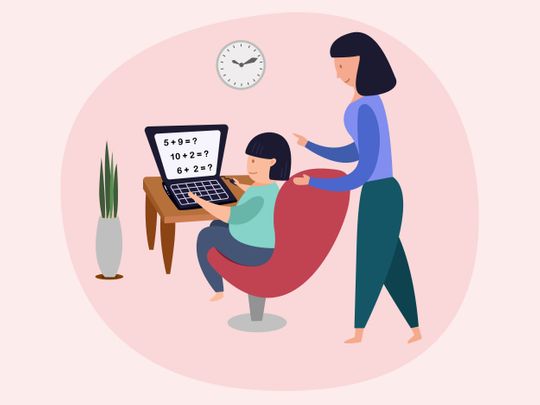