In her final weeks as U.S. Education Secretary, Betsy DeVos may have found a way to send more federal money to private and religious schools during the COVID-19 pandemic — a goal that’s eluded the billionaire school choice proponent during her tenure.

According to an executive order issued Monday by President Donald Trump, low-income families without access to in-person learning in their current schools could use federal funds to attend private or religious schools offering in-person classes.

Disadvantaged families could also use the “emergency learning scholarships” to pay for homeschooling expenses, to join a private learning pod, or to purchase special education services or tutoring services, the order said.

DeVos officials confirmed she worked on the plan with the White House and the Department of Health and Human Services, which would provide families with the money through block grants, according to Trump’s order. But details are scarce, including how much money would be available, when families could access it and whether the plan could even launch before President-elect Joe Biden is sworn into office — at which point he could presumably undo the executive order.

Lasting legacy? Betsy DeVos vowed to change U.S. education. For the most part, she didn’t.

In a statement, DeVos said Trump’s order empowers families “with the freedom and the funds to keep learning going.”

“Many private schools have been forced to shut their doors, and many scholarship providers have fewer resources to support students because of the pandemic,” the statement said.

Halfway through the school year, many of the country’s largest districts are still operating with remote-only instruction because of high rates of virus transmission. Some can’t afford the safety protocols or haven’t successfully negotiated with their labor unions to operate in person. More suburban and rural districts, as well as private schools, have offered at least some in-person classes, usually because they have more resources or because class sizes are smaller.

DeVos has long championed school choice — the overarching term for options beyond traditional public schools. Those include charter schools, which are public but operated independently, and private schools that, in some cases, children attend with the help of a government subsidy.

School choice advocates believe students should be able to use taxpayer money to pursue whatever kind of education they desire, from religious schools to homeschooling.

Opponents of private-school choice, including teachers unions and most Democrats, believe the programs siphon off money and students from traditional districts, leaving fewer resources in public schools to serve the most challenged students.

DeVos and Trump have advocated for a $5 billion federal school voucher program through the Education Department, but the proposals never won Congressional approval.

During the pandemic, DeVos ordered public schools to send a greater share of their CARES Act coronavirus relief money to private schools, but that move was struck down in federal court.

Trump’s executive order steps around all that by directing HHS to allow disadvantaged families to access grants administered by the Administration for Children and Families. Those families could then use those funds to pursue in-person learning.

HHS officials would not share specific details Monday about how the program would work. An official would only say states and territories and other “eligible organizations” could use the grants in the way Trump has described if they identified such needs in their communities – and chose to use the funds to meet those needs.

Next in line:Biden picks Miguel Cardona as education secretary nominee

HHS Secretary Alex Azar said in a statement the order would help children access in-person schooling through private options in places where public options are not available.

“We know that in-person learning is essential to children’s flourishing, especially for vulnerable children, and that it can be done safely,” he said in the statement.

How many disadvantaged families would take advantage of the new option is another unknown. Many of the country’s most disadvantaged students are those of racial minorities, and numerous surveys show Black and Latino families are much more hesitant to return to in-person schooling compared to white families.

HHS officials would not say if private schools operating in a hybrid format would be eligible to receive the funds. 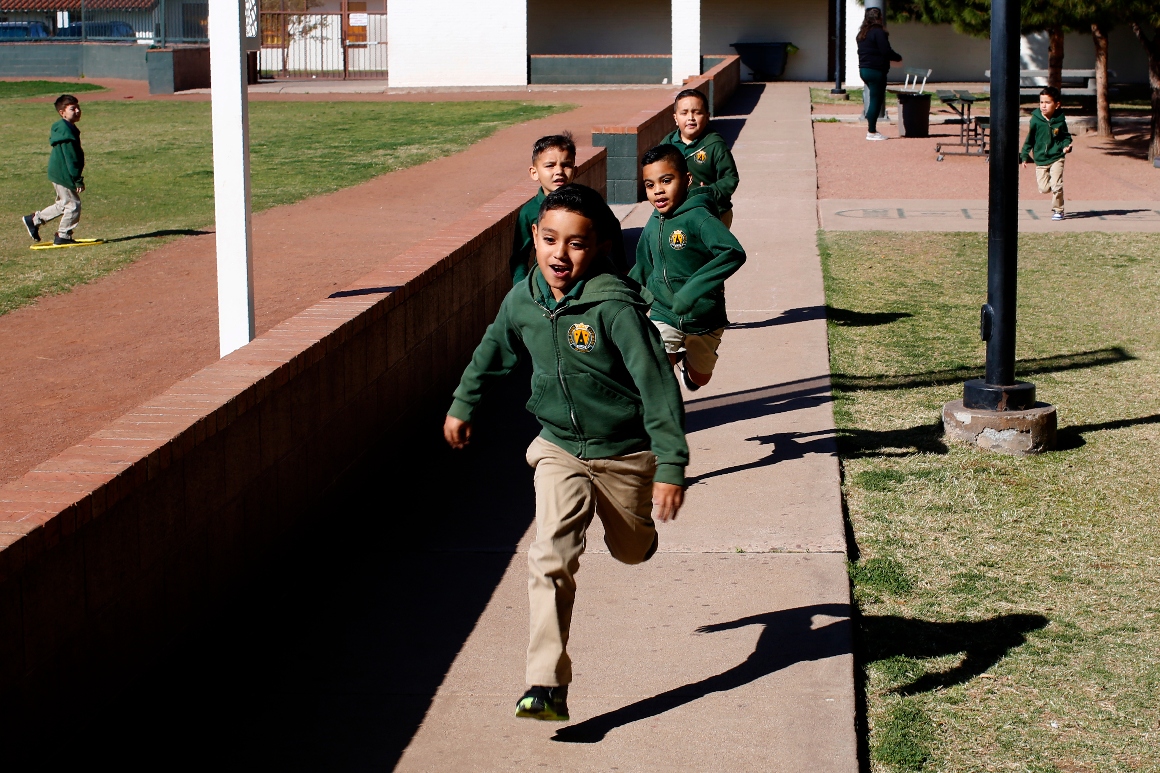 Masters of Food and Cooking