Photo by heylagostechie on Unsplash.

Over the last 40 years, as millions of Indians have immigrated to the U.S., many for tech jobs, they’ve brought their caste system with them. The ancient Indian caste system has four tiers with Brahmins sitting comfortably at the top. But then there are the Dalits, also called “untouchables.” Dalits are societal outcasts who rank so low in India’s hierarchy, they don’t even register in the caste system.

Harsha Pilli is a Dalit who moved to the United States in 2000 and works at Microsoft in Denver.

“Going through that stigma back in India, since my birth, [moving here was] a kind of liberation,” Pilli said. “I’m getting out of the Indian caste system. Coming here was my liberation, freedom.”

But over the past couple years, more and more Dalits have been speaking out about the discrimination they face at American tech companies, by Indian managers from higher castes. They’re passed over from jobs, bullied and denied raises. Pilli says Indians are sometimes asked irrelevant questions during interviews so higher caste members can slyly suss out a Dalit.

“My last name is Pilli, right? And should you pronounce it as ‘pill-eye’ that is Brahmin. So there were so many people who misunderstood me as a Brahmin and they confront me at my workplace [to ask] whether is it is ‘Pilly’ or ‘Pill-eye.’ I knew pretty much where they were going by asking that question.”

A manager might pat someone on the back, discreetly feeling for what’s called a sacred thread, something only a higher caste member would be wearing under their clothes.

At the beginning of our interview, Pilli said he had never experienced discrimination while working in the U.S., but about 25 minutes in, he admitted he had and didn’t want to talk about it.

“I kept it under the hood and I have no comment,” he said.

Pilli says Dalits rarely speak out because while it’s illegal to discriminate against someone’s religion, race, gender or sexual orientation in the U.S., there are no protections for caste. Many workers rely on their employer for their green card and don’t want to rock the boat.

“They don’t have protective law at the state or federal level, as well as in the corporate HR policy. So that makes me very uncomfortable,” Pilli said. “I don’t have the confidence that if I bring it out, I will win. At the end of the day, I put my energies on the policy making.”

Pilli works with groups like Equality Labs, a nonprofit fighting for Dalit rights. In June, a landmark case was filed by California’s Department of Fair Employment and Housing against Cisco and two former engineering managers, both upper-caste Indians, for discriminating against a Dalit engineer. The Washington Post reports that Equality Labs received hundreds of complaints in the weeks following, about caste bias from people working at Facebook, Cisco, Google, Microsoft, IBM and Amazon.  They said allegations include caste-based slurs, discriminatory hiring practices, bias in peer reviews and sexual harassment.

Kirkland’s Raghav Kaushik moved to the U.S. from south India and has been a software engineer at Microsoft for 16 years. He is a Brahmin, but he also works with Equality Labs and Pilli to advocate for Dalit rights. He said casteism in India is like racism in America, and he had to unlearn what he was taught growing up.

“Since I come from the caste oppressor side I think it’s my duty to focus on the oppressor side and be an ally for people like Harsha. So that’s the role I see myself in,” said Kaushik. “Concretely, what we’re trying right now is just to raise awareness of this issue in America.”

Kaushik said he’s not at all surprised that the caste system followed Indians to America, and even though he’s fighting for equality, he still lives a mostly segregated life.

“I have made new friends through activist circles, on the caste oppressed side, but normally outside of the activist circle, if I just look at personal friends, no. I can’t say that I’ve made friends across the spectrum of castes.”

I asked Pilli if he’s friends with Indians from higher castes.

“Because of the trauma I went through in India, I have not been having much social life with my fellow Indians, only with my kids,” said Pilli. “In the last few decades, I have few friends, I keep my friends very private and I don’t go to all these cultural celebrations, I don’t go to the worship centers. This thing haunts me and I keep away from them.”

This California teen started a nonprofit to help kids learn about science. He just got accepted into Stanford

Fri Dec 25 , 2020
So when Muhammad got accepted into Stanford University, he was delighted. “It was a dream come true,” Muhammad told CNN. “It still doesn’t feel real.” He will become a first-generation college student. Over the course of his high school career at Oakland Technical, the California native has taken nine college […] 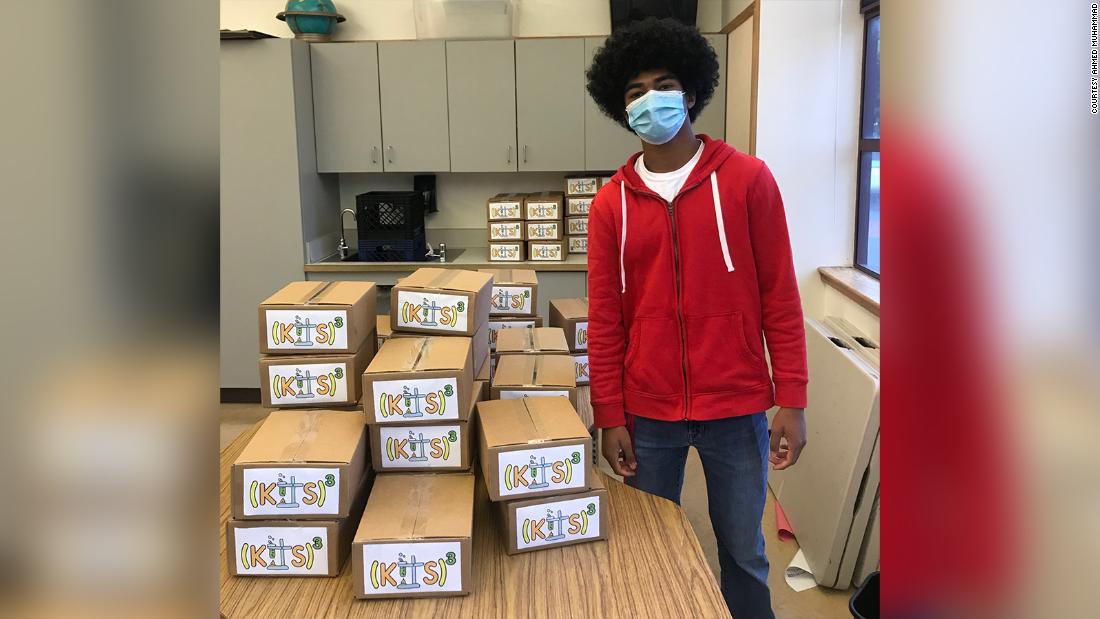