A new study casts a haze over a hint of the universe’s first glimmers of starlight.

In 2018, researchers claimed that a subtle signature in radio waves from early in the universe’s history had revealed the era when the first stars switched on, known as the cosmic dawn. But the first experiment to test that study’s conclusions found no sign of those early stars, scientists report February 28 in Nature Astronomy.

Just after the Big Bang about 13.8 billion years ago, the universe was a hot stew of matter. Stars probably didn’t flicker on until at least 100 million years later — a poorly understood era of the cosmos. Finding signs of the first beams of starlight would flesh out the cosmic origin story. So the 2018 claim of pinpointing those earliest gleams, from the EDGES experiment in the Australian outback, caused an astronomical hubbub (SN: 2/28/18).

The researchers reported detecting a dip across particular wavelengths of radio waves, a sign of light from the first stars interacting with surrounding hydrogen gas. But the result quickly raised skepticism, because the dip was deeper than expected. To know whether the hint of the first starlight was real, scientists would need to make more measurements.

Singh and colleagues did just that with the Shaped Antenna Measurement of the Background Radio Spectrum 3, or SARAS 3. Similar to EDGES, the experiment uses an antenna to pick up radio waves. But SARAS 3 has a different design from EDGES, with a differently shaped antenna. And SARAS 3 is designed to float atop a lake. “That gives us a very distinctive advantage,” Singh says.

On Earth, radio waves come from a variety of sources, which must be carefully accounted for to reveal the subtler signal from the cosmic dawn. Misunderstanding those other sources of radio waves could lead to an unaccounted-for experimental error that might give incorrect results.

In particular, experiments on land must contend with radio waves emitted from the ground, which are difficult to estimate due to the complex, layered nature of soil. When the antenna is atop a lake, it’s easier to estimate what kinds of radio waves come from the uniform water below. Data taken from two lakes in India revealed no sign of the dip.

The new study “highlights just how difficult this measurement is,” says physicist H. Cynthia Chiang of McGill University in Montreal. It’s uncomfortable that the two studies disagree, she says, but notes that the disagreement “isn’t quite enough to make any definitive conclusions at this point.”

And some of the same types of experimental issues that may affect EDGES could also affect SARAS 3, says experimental cosmologist Judd Bowman of Arizona State University in Tempe, a member of the EDGES team. “We still have more work ahead to reach the final outcome.”

An improved version of EDGES will be deployed later this year, and the SARAS 3 team has additional deployments planned. Other experiments are also working on similar measurements. Those tests may finally illuminate the universe’s transition from darkness to light.

Sun Mar 6 , 2022
David DeMatthews and Christopher P. Brown The Texas State Board for Educator Certification recently adopted a new teacher certification exam, called edTPA. On the surface, this is something the state should be applauded for – increasing the quality of the teacher workforce is a noble idea. But there is a […] 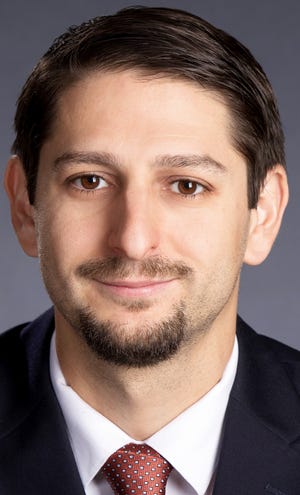