A top Democrat on education issues said the first proposal put out by some Republicans to find a bipartisan proposal to provide more coronavirus relief would not do enough for higher education.

The comments by Representative Bobby Scott, the Virginia Democrat who chairs the House education committee, came as President Biden reportedly rejected a proposal by a group of 10 Republican senators as too small. Though Biden did not close the door on further negotiations with Republicans, he urged Democratic senators to go ahead with trying to pass the $1.9 trillion package he proposed, three times larger than the $618 billion proposed by the group of Republicans.

While the Republicans have said the price tag of Biden’s proposal is too high, Scott called the Republican proposal a “drop in the bucket” during an hourlong interview with education reporters Tuesday.

“Obviously a lot is going to get dropped out. Not just COVID relief checks but aid to everything,” he said during the call sponsored by the Education Writers Association. “Support for higher education, instead of being enhanced under that proposal, will be diminished.”

Indeed, the Republican proposal would offer no further aid to colleges and universities, despite their request for an additional $97 billion to make up for their losses during the pandemic.

The proposal was blasted by associations, including the Association of Public and Land-grant Universities. Even though the $23 billion in aid included in the two previous relief packages falls short of the need and doesn’t include relief that would make up for additional cuts to higher education expected to be made by states, “this new proposal provides $0,” APLU said in a statement.

“The plan advanced by these Senate Republicans is the equivalent of saying, ‘good luck,’” said Terry Hartle, the American Council on Education’s senior vice president for government relations and public affairs.

In comparison, Biden is proposing another $35 billion in the next relief package, which Hartle called a “step in the right direction” but still short of what’s needed. Scott in an interview with Politico said congressional Democrats are considering only $40 billion in additional aid in their own proposal, leaving the nation’s colleges looking at the proposals, one of which would give them less than half of what they say they need, and the other no help at all. Democratic leaders say they are planning to go ahead with their own plan, and they are taking procedural steps that would allow them to pass it without any Republican support in the Senate.

In addition, Scott said the Republican proposal would not include any aid to states to ease the cuts they are likely to make to higher education.

Biden’s proposal had caused concern from private colleges and universities because a fact sheet put out by the administration mentioned giving additional aid to public institutions. A spokeswoman for Scott hasn’t answered a number of inquiries asking if congressional Democrats will exclude private universities. In an email Tuesday, she continued to not answer explicitly. But she pointed to a comment Scott made to Politico suggesting the Democratic proposal will disperse higher education aid in the same manner as previous relief packages, which did send money to private institutions.

“There’s been general satisfaction with the way we’ve done it in the first couple of packages, so we’ll kind of use that as the model,” Scott told Politico.

Scott, in the interview with education reporters, also signaled support for giving help to those with student loans, but he said none will be coming in the next coronavirus relief bill.

“Students shouldn’t have been required to take out the level of loans they have taken out,” Scott said, noting that students have had to bear a greater share of the cost of higher education as states cut back on funding. Pell Grants also cover a smaller and smaller part of the cost of going to college, he said.

However, he noted that the Biden administration is continuing to excuse borrowers from making payments until at least October. “That problem has been delayed,” he said. “So there’s no urgency.”

Scott did not rule out supporting large-scale debt relief proposals, including one pushed by prominent Democrats. Senate Majority Leader Chuck Schumer, of New York, and Senator Elizabeth Warren, of Massachusetts, have urged Biden to cancel $50,000 from the debt of all borrowers.

However, Scott noted that House Democrats have proposed canceling $10,000 of debt, an amount studies have shown would mostly help those who have defaulted on loans. But he appeared skeptical of relieving more debt, saying canceling debt alone without addressing the cost of college would still mean future students would have to borrow large amounts. The cost of canceling the nation’s total $1.5 trillion in debt, he said, could also be used for other things, including allowing Pell Grants to be used not for getting college degrees, but for training to provide good jobs.

He called it “ridiculous” that students cannot use Pell Grants for job training. “If it leads to a good job, you should be allowed to use Pell Grants,” he said. 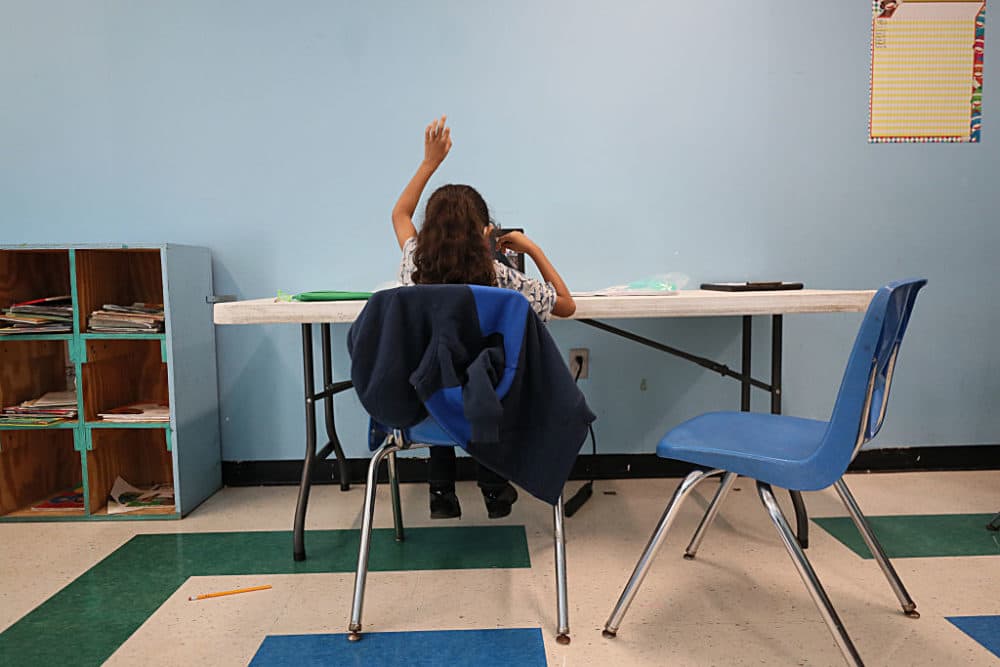 ‘It’s an access to education issue’: Why more needs to be done about sexual assaults at schools