Years before the coronavirus hit, two rural school districts developed plans to put learning online. They were ready for a snowstorm and instead found themselves prepared for a pandemic.

For the Bancroft-Rosalie Community Schools in northeast Nebraska, the move online took four years, gradually incorporating software into daily lesson plans to use during inclement weather or in place of hiring substitutes when a teacher was absent. The district used digital learning to abolish snow days – a trend that has expanded to New York City and could work its way across the country.

Taking classes online full-time happened in a way no one could have anticipated. On March 11, after a possible widespread COVID-19 exposure at a girls’ state basketball game, staff had about an hour to get roughly 285 students out the door with tablets in hand.

Last winter, after five years of work, officials in the Bermudian Springs School District in south-central Pennsylvania launched a program for students to learn online during snow days and teacher workdays. On March 13, when districts across the state closed because of the virus, school officials found themselves relying on the program to educate 1,960 students full-time.

Great swaths of rural America had little way to transition students to online learning when schools closed. About half of Americans – 163 million people – lack access to high-speed internet, a Microsoft study found in 2018. But these districts had already put learning online and handed out devices for hundreds of students.

As school restarted this fall, some districts struggled with delayed start dates, confusing digital programs and students switching back and forth between in-person and online courses. For many rural schools, online learning was again not an option.

Officials at Bancroft-Rosalie and Bermudian Springs said school started more smoothly because staff and students knew what to expect and issues with connectivity and devices had been addressed. Bermudian Springs, which reopened with a hybrid schedule using both in-person and online classes, changed its start date twice to help get ready for the school year and to give teachers a week for training, collaborating and loading lessons into the online systems. Bancroft-Rosalie let students choose an in-person or online education.

Parent Amy Leatherman can see the growth Bermudian Springs has gone through since last spring. She’s a teacher in another district that didn’t have an online learning plan before the pandemic.

This spring, she said, “I was thankful for my own family and my own kids that I knew kind of what the setup was going to be.”

Bancroft-Rosalie, in an agricultural community that includes portions of the Omaha Reservation, has used e-learning days since November 2016. The new system helped staff incorporate technology into their classes and got students using online systems for lessons and other school-related information. Each student was issued an iPad.

Before the pandemic, e-learning would only be one or two days at a time. The assignments were given with the expectation students would meet with teachers face-to-face once school was back in session.

“We have a large media center that can accommodate up to 60 students, and when a teacher is gone, the students have e-learning assignments in the media center,”  Bancroft-Rosalie Superintendent Jon Cerny said in an email.

Since students could work online, snow days at Bancroft-Rosalie were already a thing of the past when the pandemic struck. Other districts, including New York City schools, have canceled snow days or are looking into doing away with them because of the prevalence of online schooling. New York leaders said abolishing snow days will help the district fit in as many instructional days as possible.

“When we first started doing it, people weren’t interested in having remote learning during snow days. They thought that was a day kids should have off. People are going to rethink how you can use remote learning now in schools,” Cerny said.

After using the system full-time this spring, Bancroft-Rosalie learned what does and does not work. The school originally hadn’t tried to teach new concepts to young students after learning went online.

“In hindsight, we could have delivered new instruction to grades K-3 by placing students in small groups and teaching through videoconferencing,” Cerny said.

This year, one elementary teacher is assigned to work with students who opted to attend school online, Cerny said. Middle and high school teachers teach students both online and in person.

If too many teachers end up in COVID-19 quarantine, Cerny said, the backup plan is to move several classes into the gym, spread students out and let them take part in digital and in-person learning.

Mass exodus? Fears of teachers retiring en masse during COVID-19 may have been overblown

In Bermudian Springs, a district among thousands of acres of apple, cherry and peach orchards, the online learning program was in fledgling stages as the pandemic began.

The school had been updating Wi-Fi, training teachers and purchasing iPads since 2015. Last fall, Superintendent Shane Hotchkiss applied for the district to be allowed to use “Flexible Instructional Days.” Under Pennsylvania rules, a school can use class time outside school for up to five of its 180 days of required instruction.

By the next month, the district’s learning was totally remote. Fifth through 12th grade students were sent home with iPads, and the district issued an additional 150 devices to younger students.

Families had to adjust to a new way of learning.

Leatherman’s worries included one of her daughters’ algebra struggles and the internet “dropping” because of so many people in the area using it.

As the district began its transition to online, teachers called to check on internet connectivity, device availability and kids’ well-being, she said.

The pandemic altered parts of the program, including how online class attendance was counted, Hotchkiss said. Originally, attendance was supposed to be based on whether a student finished a certain percentage of homework.

This changed as staff realized each family’s situation is different. Teachers started looking at whether students were logging into the online systems and interacting with the classes. They reached out to students who hadn’t logged in for a while.

Leatherman said staff made the best decisions for students, but she worried her children were not learning as much. She also worried about their emotional well-being during social distancing.

“Our family only has the stressors of learning from home and loss of social interaction. We only have to worry about our children’s academic and social well-being,” Leatherman said in an email this spring. “Other families are working outside the home, have a job loss and food concerns, plus online learning for their children. Some families are dealing with children with mental health issues and loss of services for them. The thought of schools not returning next school year frightens me.”

Despite that fear, Leatherman and her husband decided to send their children back to school this fall. Bermudian Springs students were separated into two groups, and students attend school on a Monday-Wednesday or Tuesday-Thursday schedule, plus alternating Fridays. Students have online lessons to complete for the days they’re not in school.

“We have three kids that learn best at school and want to be around peers. We felt like from an emotional standpoint, they need to be around some friends some days,” Leatherman said.

Even after years of preparation, once the school doors closed, Bancroft-Rosalie and Bermudian Springs had the same issue: how to connect some of their students to the internet. Inequitable access to the internet and broadband is widespread in many rural communities.

In a study from the Pew Research Center last year, 6 in 10 rural adults reported they have high-speed internet at home. Access differs based on a household’s income or education level, another Pew study showed.

“Regardless of income, regardless of education, rural Americans were more likely to say this is a problem where they live,” said Monica Anderson, who leads internet and tech research for Pew.

Bancroft-Rosalie had assistance with getting students online for the coming year. Over the summer, schools on the Omaha and Santee Sioux reservations, plus the Nebraska Indian Community College, accessed broadband through nearby towers. The effort was part of a federal program to grant airwave use to tribal entities, especially in rural America. The college purchased 4G LTE devices for each of the communities on the reservations to access broadband.

After Bermudian Springs sent out devices this spring, there were still about 110 kids who did not have the internet at home, Hotchkiss said.

“It’s a small percentage, but that’s still a percentage of our kids that I worry about. We just try to meet their needs in different ways,” Hotchkiss said.

In the spring, the district extended its Wi-Fi to the parking lot, and an internet company opened up a hotspot for families to use. Borrowed newspaper stands placed outside the school gave families a spot to pick up homework packets. Packets could either be mailed back in or dropped off. The papers were quarantined for several days before being scanned and sent to teachers.

The district used grant money from the federal government and state to connect families and teachers to the internet at home. The district acquired 200 free hotspots from T-Mobile.

Last school year, the school board OK’d purchasing 13 mobile hotspots for families, using $1,485 from the Bancroft-Rosalie district’s general fund, Cerny said. The internet cost the district $463.90 a month. This fall, the district supports only two households.

The costs are “a small price to pay really for being able to continue the education,” Cerny said.

Rural schools realize online learning and digital tools must be a part of education, even after COVID-19 is in the past. The “hybrid” models of in-person and online schooling could persist in some form, said Allen Pratt, executive director of the National Rural Education Association.

“We don’t want to go backwards after this, meaning go back to just a true brick and mortar,” Pratt said.

This reporting was supported by a Spencer Fellowship in Education Reporting at Columbia University’s Journalism School.

Tue Oct 13 , 2020
When Maria Balestriere enrolled her two children in Pasco County’s mySchool Online, she did so to ensure consistency. “Our worry was, are these kids going to be in school for two weeks and then all of a sudden you’re quarantined?” said Balestriere, who lives in Wesley Chapel. “I really didn’t […] 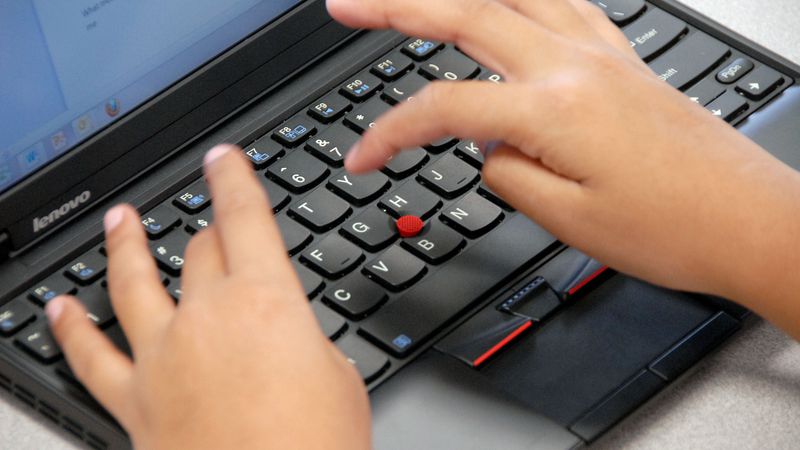