I may have been a fan of Greek mythology, but it didn’t make me any happier when my undergraduate studies became their own twisted version of Hercules’ 12 labors.

My first year, I flunked nearly all my courses, earning myself several extra years of school and an uphill battle to graduate. So I sank even further.

It took me a good three tries before I was able to complete a degree program. The first two rebootings resulted from system failures in the educational institutions I attended. First, my course of study, mass communication at the University of Benin, lost its accreditation. Then my papers mysteriously went missing in a mischievous law program at the University of Lagos in Nigeria notorious for admitting more students than it could accommodate and failing them irrespective of their actual performance.

Eventually, on my third attempt, through sheer stubbornness and persistence — what you need as a Nigerian to succeed in a system eager to chew you up and spit you out with nothing — I began studying law at the University of Lagos through a more reliable program. What’s that they say about the third time being the charm? If by “charm” you mean the kind that the wicked mother-in-law uses in Nollywood movies to poison the new wife she hates, then yes. It was “the charm.”

I should have been excited to get back to my schooling, especially because the law program was one of the most coveted and competitive courses in the country at the time. It was a chance to make up for the hiccups and delays of my previous half-starts.

But instead, I began the program thoroughly numb — because if I had allowed myself to feel anything, the entire frozen core of my being might have shattered from the recent tragedy that had just upended my world.

This was during the Goodluck Jonathan regime of 2011. Insecurity had been enthroned in Nigeria, and kidnapping oil company workers for ransom was the business of the day. As I was about to take my entrance exam for the law program, my father became the latest victim. We paid a sizable ransom after he was kidnapped, but all we got in return was his tortured body, dropped in a field for my mother to find.

I was eager to get away from the chaos, tragedy and confusion of his death, which devastated my entire family. The University of Lagos, on the other side of the country, did that. But it was a tragedy I couldn’t run away from. Its darkness was something I carried inside me, and my grief almost drowned me in my subsequent years as a student.

My first year was a mess. Our heavily patriarchal society meant my extended family and my father’s relatives blamed my mom for mystically masterminding my father’s death to gain his property. This was followed by a huge scramble for his estate, involving court cases and a contested will, and physical and other threats.

All of this made it hard for me to focus on school. So I withdrew even further, to a place deep inside me, where I was small and the echoes of turmoil couldn’t reach. In this faraway place, I found a semblance of peace that helped preserve my sanity. But my withdrawal was terrible for my grades.

I was in the weird state of shock that comes with losing a central figure in your life. I was trying to re-evaluate my new place in a world without the person who had factored into every part of it while simultaneously dealing with the huge, gaping void now there in his place.

But the rest of the world was going on as usual, lectures and all. Most of my friends, classmates and certainly teachers were unaware of the brokenness I grappled with, as well as my poor health and the financial toll that took. I had suffered from chronic sinusitis all my life and suffered hearing loss as a result. While I was in school, my fragile respiratory system was further compromised by pneumonia and then tuberculosis, leaving me with sometimes debilitating chronic back pain. Health care was crucial for me, but immediately after his death, my dad’s company cut us off from company health care, leaving us stranded financially.

Studying law is difficult in the best of times. For me, it almost proved impossible. My first year, I flunked nearly all my courses, earning several extra years of school and an uphill battle to graduate. So I sank even further and regularly considered dropping out.

I had to sit through a lot of my courses twice, so I accepted that that was the default for me. And I also gave myself permission to fail when I had to.

Failing that year dented my belief that I could pass exams. I developed a mental block to studying law, and any time I tried to read, my brain would freeze and then shut down. My mind would tell me that it couldn’t understand the words in front of me and that I was going to fail again — and I would stop reading in despair. Then came the test, and the situation I envisaged would come true: a snake biting its own tail.

I would sit in the hall during these exams I couldn’t study for, blank and deluged by panic attacks. I couldn’t breathe as I underwent this mental agony, facing down my failure right there yet unable to leave because that would seal it, the thing I feared most. I would spend hours imagining in vivid detail the moment when the results came back and I saw my failure in black and white.

These weren’t the only issues I had. I was starting a five-year degree in my early 20s at a time when most people were finishing theirs. Everyone I was interacting with was years younger, while my original classmates were years ahead, working, married. This environment gave me the feeling of being behind, being slow. I developed a deep shame and sensitivity about my age any time it came up. And it came up a lot.

Over time, though, I allowed myself to be, to think of not where I should be, but where I was. That gave me permission to inhabit the spaces I found myself in and allowed me to develop at my own pace.

It wasn’t easy. It involved conscious reminders and repeated pep talks. I sought help from a number of sources — family, friends, communities outside of school. But ultimately it fell to me to reassure myself each time I felt shame that this was where I was supposed to be in light of all that had happened. In fact, I might even be doing rather well, considering. In time, I came to believe what I told myself.

I had to sit through a lot of my courses twice, so I accepted that that was the default for me. And I also gave myself permission to fail when I had to. I walked out of tests that threatened my sanity and accepted the extra time it would cost me.

I held myself to different standards, separate from the ones the institution and my peers held themselves to. Those who defined the standards for success hadn’t encountered the conditions I’d grown up in. How could I let them bind me? I had to redefine success for myself and match it to my pace.

The world didn’t always understand or let me have my standards. But I had learned to be stubborn and defy the systems that hold us back. I could grow only in my time, in my space and at my pace. And walking this way, I was able to complete the journey to an undergraduate degree nearly 10 years later.

Learning to go at my own pace and giving myself permission to exist in the time and space that’s right for me didn’t only help me defeat failure. It also enabled success.

Unlike my academic career, my literary one could be described as speedy. From childhood, I had used reading and writing and creating new worlds as an escape from disability and its attendant issues. I buried myself in it more when my formal education stalled. After my father died and my law studies took a disastrous dive, I threw myself at my writing because I desperately needed something in my life to work. I needed to create a place, my own, where my pain, losses and tragedy were factored in, even gave me a sort of power.

Learning to go at my own pace and giving myself permission to exist in the time and space that’s right for me didn’t only help me defeat failure. It enabled success.

In my late 20s, I won the Nommo Award for best short story by an African with my first professional piece of fiction. It’s the most prestigious pan-African literary prize for speculative fiction writers. I believe I was the youngest person to have ever won it at the time.

As a result, I was privileged to speak on panels at the most prominent speculative fiction conventions, including WorldCon, the World Fantasy Convention and Nasfic, along with other prominent writers I had grown up reading, such as Patrick Rothfuss.

In all these places, the skill I acquired of allowing myself to grow at the pace I could muster came in handy. It allowed me to exist in all these spaces that I didn’t necessarily think I belonged in, that my imposter syndrome told me I didn’t deserve to be in. Fantasy writer Tad Williams said that if you make your home in your head, it will go wherever you journey. But what if you carry your own time with you, as well? That way, you’re never out of place, wherever and whenever you may find yourself.

Tue Dec 29 , 2020
In the early morning hours of Christmas Eve, the loving family of John Thomason lost the man whose remarkable impact extended from his home, across his community, throughout the city of Memphis, and far beyond. John Thomason was a true leader. When he saw a need, he gathered and organized […] 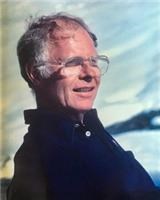