This unprecedented capital strike signals that a growing number of CEOs recognize that congressional (and presidential) actions leading up to and culminating on Jan. 6 crossed the line: Denying the legitimacy of a free and fair election poses an existential threat to democracy.

Even more lawmakers, however, are in denial about another existential threat that is no less dangerous. They reject the scientific consensus that human activity — mainly burning fossil fuels — is causing a climate crisis and are standing in the way of federal action. Corporations should permanently cut off their funding because time is running out.

Indeed, 2020 tied 2016 as the hottest year on record, according to NASA. Likewise, there were a record 22 weather and climate disasters across the country last year with a price tag exceeding $1 billion, according to the National Oceanic and Atmospheric Administration (NOAA). Since 2016, billion-dollar disasters in the United States have cost more than $600 billion, a record for a five-year span.

Despite the incontrovertible evidence, the number of climate science deniers and obstructionists in Congress increased since last November’s election. There were 150 at the start of the 116th Congress, but by my count, there are now 172 who deny climate science or, in a few cases, accept scientific reality but say the private sector should take care of the problem, not the government. They make up two-thirds of the 261 Republicans in Congress, as well as two-thirds of the 147-member “Sedition Caucus” that challenged the Electoral College results on Jan. 6.

The GOP, which has the distinction of being the world’s only major climate-denialist party, is wildly out of step with its base. According to a poll conducted last October by the Conservation Coalition and the Conservative Energy Network, three-quarters of Republican voters want the government to take steps to reduce carbon emissions, while 84 percent between the ages of 18 and 54 say they would like their state to become a national leader in promoting the growth of renewable energy.

Why is the GOP oblivious to public opinion? Follow the money. Since the 2016 election cycle, 86 percent of the $181.9 million oil and gas industry PACs and employees donated to federal candidates went to Republicans. The coal industry chipped in less, but 96 percent of the $11 million its employees and PACs contributed went to Republicans. Some of that money went to 132 Republican members who are climate deniers — they received $8.8 million from 65 fossil fuel industry corporate PACs alone, according to a recent Public Citizen report. Thus far, only one of those companies has vowed to suspend its PAC contributions.

Would freezing corporate PAC contributions have much of an impact? It certainly sends a message, but PAC money accounts for a relatively small percentage of total campaign funding. By law, PACs can only give a candidate up to $5,000 for each primary and general election and corporations contribute more money via trade associations, issue-based groups and individual executives’ contributions.

That said, suspending corporate PAC donations could discourage donations by company employees, who are swayed by their CEO’s political preferences. A 2016 analysis in the Harvard Business Review examining data from more than 2,000 companies between 1999 and 2014 found that employees on average donated three times more to candidates endorsed by their CEO than to candidates their CEO did not support.

It remains to be seen how long corporations will withhold their PAC donations. It is all too easy to appear high-minded just after an election, when campaign contributions drop off, only to ramp them back up in advance of the next election cycle. Given the Biden administration’s plans to transition to a clean energy economy, fossil fuel companies will likely want to fund their friends on Capitol Hill. But like corporations in other sectors, they should end their PAC donations for members of Congress who refuse to accept reality about election results as well as climate change. Likewise, all companies should restrict their executives’ donations and stop financing the secretive “dark money” groups that support denialist lawmakers. Otherwise, they will continue to aid and abet the subversion of U.S. democracy and the destruction of the planet.

Elliott Negin is a senior writer at the Union of Concerned Scientists.

Warriors' Steve Kerr: 'Much of my American history education was whitewashed'

Mon Feb 8 , 2021
Golden State Warriors coach Steve Kerr said Sunday most of his American history education was “whitewashed” as he reacted to a story about a Utah school initially allowing parents to opt their children out of its Black History Month curriculum. The Maria Montessori Academy, a Utah charter school, backtracked on […] 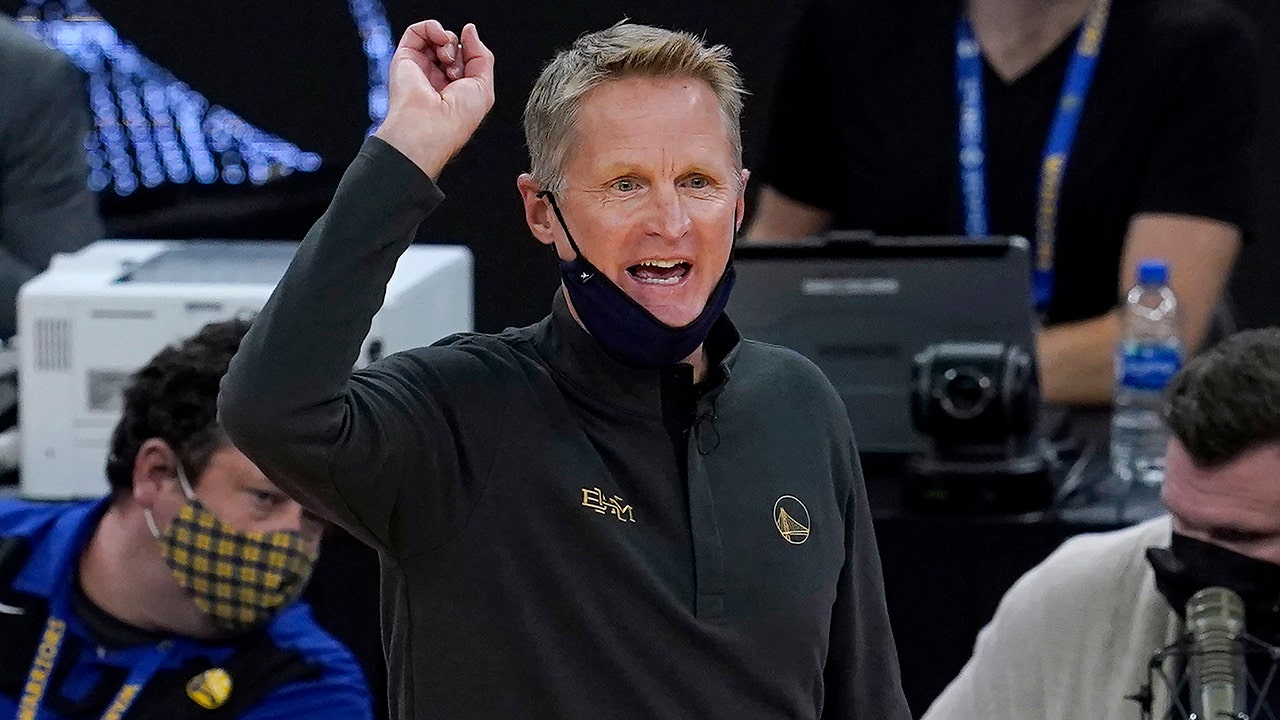