A $900 billion coronavirus-relief package, expected to be passed by Congress Monday night, would give colleges and universities another $23 billion in relief aid, which the head of the American Council on Education blasted as “wholly inadequate.”

Congressional leaders are also expected to pass a larger $1.4 trillion budget deal they negotiated to fund the government through next September. The proposed deal would bring an additional $1 billion in spending on medical research as well as major changes to financial aid, including simplifying the Free Application for Federal Student Aid from 108 to 36 questions, and giving Republican education committee chairman Lamar Alexander one of his top priorities days before he retires from Congress. It also includes a number of Democratic priorities, including allowing more incarcerated prisoners to be eligible for Pell Grants. President Trump is expected to sign both pieces of legislation

A change in how eligibility for Pell Grants is determined would also make it easier for lower-income students to receive the maximum amount of federal student aid. Alexander and Patty Murray, the top Democrat on the Senate education committee, estimated the changes would mean an additional 555,000 students will qualify for Pell Grants each year and 1.7 more million students will qualify to receive the maximum Pell award each year. About $1.3 billion in capital loans owed to the federal government by historically Black colleges and universities is being forgiven as part of the budget deal.

The expansion of financial aid eligibility and increase in grant levels are particularly important for low-income students, many of whom struggle to afford college. The changes are also important because it’s unlikely Congress will take up a rewrite of the nation’s main higher education law, the Higher Education Act, anytime soon, said Justin Draeger, president of the National Association of Student Financial Aid Administrators.

Congressional negotiators apparently removed a proposal by a bipartisan group of lawmakers last week to extend the suspension of student loan payments until April. The moratorium was due to expire on Jan 1 but Education Secretary Betsy DeVos extended it last month to Feb. 1.

However,the bill it also extends a provision allowing  employers to contribute up to $5,250 tax-free to their employees’ student loans for another five years. The tax incentive, included in the CARES Act, was set to expire at the end of the year.

“This is a win for employees, who get help paying off their student loans,” said Republican Senate Majority Whip John Thune,who originally sponsored a bill creating the tax incentive with  Democratic senator Mark Warner, “And it’s a win for employers, as they look to attract and retain talented workers.”  Thune said on the Senate floor.

Ashley Harrington, federal advocacy director and senior counsel for the Center for Responsible Lending, blasted the decision not to continue excusing borrowers from making payments. Encouraging employers to make payments ”benefits borrowers who work for a generous employer,” she said. “Many borrowers don’t have that luxury, especially now.”

The COVID-19 relief to higher ed institutions represents only a sliver of the $120 billion associations representing colleges and universities had requested.  It requires half of the funding to spent on emergency aid to struggling students, much like the CARES Act funding approved in April. Part of $82 billion in additional help for all of education, colleges and universities are getting a smaller slice than in the CARES Act.

In order to reach a deal on coronavirus relief — which will also send Americans a $600 stimulus check and extend enhanced unemployment benefits — Democrats also agreed to set aside their demands for additional aid to states and universities. Colleges had hoped for the additional aid to undo or forestall state cuts to higher education.

Though the $23 billion in covid aid is greater than the $14 billion colleges received in the CARES Act, higher education lobbyists said it is not enough to cover the financial hit institutions have suffered in the nine months that Congress and the White House have haggled over providing more aid.

“The money provided in this bill will provide some limited relief, which is welcome news to struggling students and institutions,” ACE President Ted Mitchell said in a statement Monday afternoon. “But it is not going to be nearly enough in the long run or even the medium term. The financial impact of the pandemic and its economic fallout will be enormous, with more than half a million job losses on campuses already.”

The new aid package creates a different and more complicated formula for divvying up the money than what was used in the CARES Act, and it was difficult to immediately estimate how much each institution may get, said Jon Fansmith, ACE’s government relations director.

Mitchell called on President-elect Joe Biden and Congress to provide additional help in a larger relief package next year.

Colleges continue to furlough and lay off employees in the wake of reduced tuition as enrollment declines and increased costs related to the pandemic, such as for testing students for COVID-19. The additional $1 billion for emergency student grants comes months after campuses ran through the $6.3 billion they received through the CARES Act to help students, many of whom have lost jobs and are struggling to pay for rent and food, and the computers and internet service they need to participate in online classes.

“State and local governments throughout the country are facing deep budget shortfalls going into the 2021 legislative session and the lack of federal relief in this package is a step backward in the effort to stabilize the economy, preserve jobs, and maintain funding for needed public services,” he said.

Biden, after the congressional leaders announced agreement on the spending package Sunday night, said it “is just the beginning. Our work is far from over.”

During the last minute negotiations over the COVID-19 bill,  Republicans also agreed to put off creating a shield law protecting businesses and colleges from lawsuits filed by coronavirus victims. The two sides agreed to take up the issue during negotiations next year for the next round of aid. Although the no such lawsuits are believed to have yet been filed during the pandemic, the American Council on Education said a shield law is still needed to prevent colleges from having to fight frivolous lawsuits and to keep the fear of being sued from discouraging colleges from resuming in-person classes if they would do so otherwise.

Among the measures in the broader funding bill is an inflationary $150 increase in the maximum size of Pell Grants to $6,495, a far cry from the doubling of the grant groups like the National College Attainment Network are advocating.

House and Senate education leaders had been close to a deal on simplifying the Free Application for Federal Student Aid, or FAFSA form before Alexander leaves office. The Republican from Tennessee, and former president of the University of Tennessee, has been pushing to simplify the form for years. He often displayed the long, scroll-like form during speeches for effect and he mentioned the issue in his farewell speech on the Senate floor Dec. 4 as one of the things he “cared most about” and one of the “footprints” he wanted to leave behind.

“After nearly seven years of work Congress and the President will simplify federal student aid for 20 million families who fill out these unnecessarily complicated forms every year,” Alexander said in a statement Sunday night. “Reducing the FAFSA from 108 questions to 36 will remove the biggest barrier to helping more low-income students pursue higher education.” Former Governor Bill Haslam told him that the complex FAFSA form is the single biggest impediment to Tennesseans applying for two years of tuition free college.

Kim Cook, executive director of the National College Attainment Network, applauded simplifying the form.  “Each year, students leave $2.5-3 billion on the table by not completing the FAFSA. These changes, building upon last year’s FUTURE Act, will make it easier for students to complete the complicated federal aid application and qualify for the aid for which they are eligible. Easing access to federal student aid is a step toward a more equitable higher education system, especially for students of color and students from low-income backgrounds.”

In addition, the bill would also simplify determining eligibility for maximum Pell Grant. Rather than forcing families to undergo the complicated process of determining how much their families could contribute towards the cost of attending college, only household size and the family’s income relative to the poverty rate would be continued, said Karen McCarthy, the National Association of Student Financial Aid Administrators’ director of policy analysis.

The budget deal would also reset the clock on students’ eligibility for Pell Grants if they have the student loans discharged because they had been defrauded by their institution. and It also would repeal a 1998 prohibition on students convicted of a drug offense from receiving federal financial aid.

The bill would also increase by a third the amount of money considered to be needed for necessities that is not counted as income in determining financial aid eligibility.

The budget deal would also reset the clock on students’ eligibility for Pell Grants if they have the student loans discharged because they had been defrauded by their institution. It also would repeal a 1998 prohibition on students convicted of a drug offense from receiving federal financial aid.

“Every single person in this country should be able to access and afford a quality higher education—and today we move substantially closer to that goal,” Murray said in a statement. “For too long, students who are incarcerated, students who have been defrauded by for-profit colleges, and students who have drug-related offenses have been blocked from receiving federal aid. But now, I’m incredibly pleased that these students will finally be able to access aid and begin and continue their education.”

“The package released today includes a wide range of provisions – secured by House Democrats – that will make federal grants and loans more accessible and more generous, particularly for our most vulnerable students,” he said. “While this is not the comprehensive overhaul of the Higher Education Act and there is still work to be done, this proposal will help millions of students.

In addition, the budget deal provides $42.9 billion for the National Institutes of Health, an $1.25 billion increase over last year. The funding includes $3.12 billion more for research to find treatments for Alzheimer’s disease and related dementias.

It also includes an increase of at least 1.5 percent for every NIH institute and center. The budget also directs NIH to require its grantees to notify the institutes when key personnel are removed for concerns of sexual harassment. 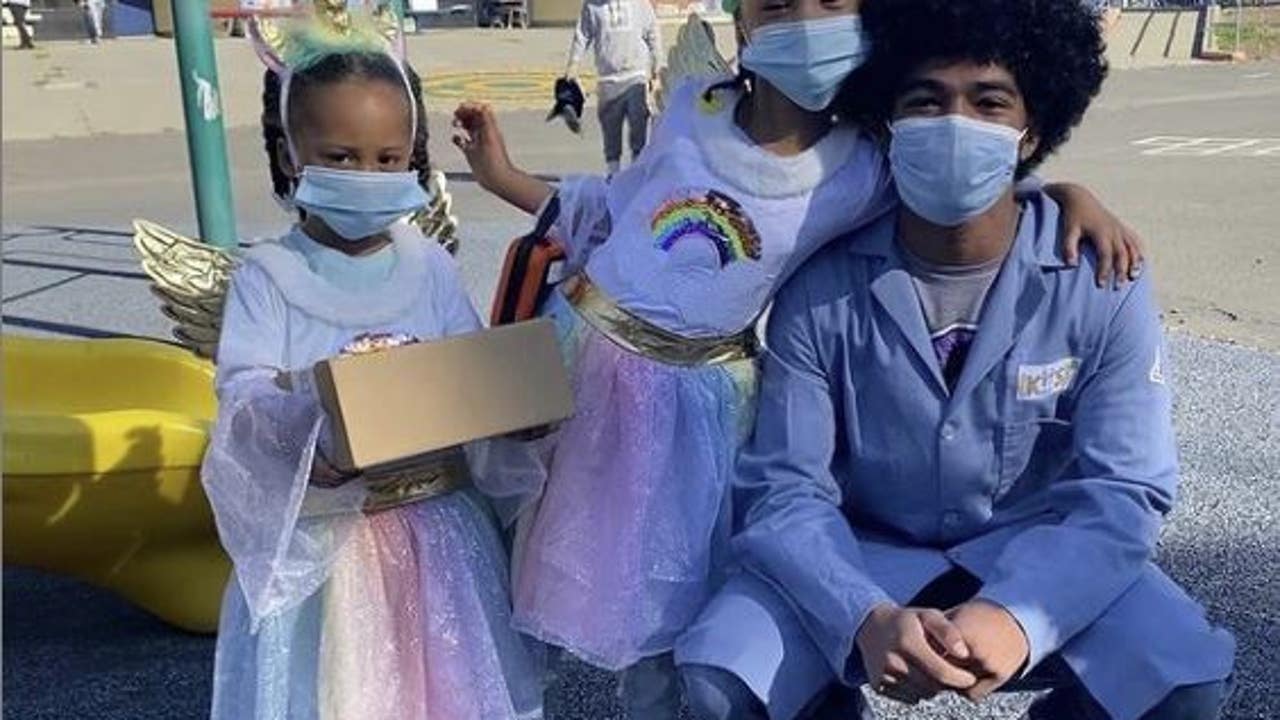