CLEVELAND, Ohio – Don’t call Liza Grossman’s new gig a career change. Call it the logical next step in her life.

As always, Grossman is educating young people, modeling jobs in music outside universities and classical orchestras. This time, though, she’s doing so with greater ambition, exposing teens to many more fields while also giving them real-world, professional experience and contacts.

“I feel like this is the organic development of my career,” said Grossman, who stepped down from the CYO in August. “Instead of just introducing them to topics, it’s important for them to have hands-on experience actually creating products.”

Unlike the CYO, which revolved around Grossman and the occasional celebrity guest, Kaboom is a group effort akin to a think-tank. It’s an online gathering of students and industry professionals from all over the country convened around specific projects involving music. They’ll produce real things that enter the market and have a life in the real world.

The first task will be a video game called “Brave Snow,” produced by Digital Owl Inc. in collaboration with composer Sean Beeson. Subsequent projects will include an album with David Bowie pianist Mike Garson and a cartoon with “Animaniacs” composers Julie and Steven Bernstein.

Whatever the project, students will have a hand in every aspect of it, from composition and script-writing to character design and animation. Separate, local groups also will gather to record soundtracks or produce other audio content as needed, and additional teachers will conduct specialized courses related to the main projects.

The idea is to complement traditional arts education and help students land jobs by giving them not another certificate or abstract diploma but a portfolio centerpiece, a real product they can point to as concrete evidence of their abilities. Grossman said she may at some point seek accreditation.

No less vital will be the professional contacts Kaboom generates, the active footholds in a demanding industry in which who you know often matters as much as or more than what you can do.

“Music is a hard enough business even in normal times,” said Julie Bernstein, the Emmy Award-winning composer slated to run a cartoon project for Kaboom along with her composer husband Steven from their home in Los Angeles. “Then, to have already worked on a project and to walk in with a portfolio, that’s a fantastic thing.”

The collective, launched Dec. 11, is open to students everywhere ages 16 to 21 through a process that includes a portfolio review, audition, and interview. Grossman said she expects the first project to attract 60 students and commence in February.

All non-local project and class work will take place online, through Kaboom’s website, kaboomcollective.org. Also of note: most meetings will take place in late afternoon or early evening, to accommodate schedules across multiple time zones.

Many collective members live and work in Northeast Ohio, while others, such as the Bernsteins, are active elsewhere. Several are performing musicians or composers. Others are record producers, writers, managers, or digital media experts. Some are new to Grossman’s orbit. Others already have been working with her for years, through the CYO.

“I don’t think there’s anything out there this comprehensive,” Grossman said. “What we’re offering can’t be found in any one school.”

One of the first offerings at Kaboom will be “Do You Hear What I Hear?” Thomas Moore, a Cleveland-based oboist and Grammy Award-winning producer who served as a section coach for Grossman’s CYO, will lead a course around the video-game project teaching a skill he said is in short supply just about everywhere in music: communication.

No matter one’s musical genre or position in music, he said, the ability to listen critically and verbalize assessments clearly and tactfully will be essential.

“It’s producer training 101,” Moore said. “To gain the confidence of the players, it all begins with you. You have to be able to listen and say what you want to be better…in a way that’s not threatening.”

A secondary objective for Moore and Kaboom in general is to expose young people to musical career options they might not be considering currently.

Moore is the perfect example. A classically-trained oboist, he hadn’t thought of record production initially, and when he entered that field, he had to pick up the skills he needed on the fly. Ditto the Bernsteins. They were music theory majors who only gravitated to cartoons and the specialized art of film scoring later, after realizing that cartoons often contain legitimate orchestral music.

In that sense, said Steven Bernstein, Kaboom stands to be triply effective, giving some students an earlier start on their professional lives in addition to a network of mentors and a portfolio centerpiece.

“There are so many young people out there that have so much talent available,” Bernstein said. “I wish I’d had something like this available in high school. It might have saved me a year of college.”

Much about Kaboom remains undecided, deliberately. While certain aspects of the program will hinge on enrollment and other practical developments, Grossman said she plans to let the collective unfold like her career, organically, and take most of its cues not from her planning but from the interests of its students and teachers.

She designed the program, brought in the talent, and assigned a few objectives. The rest, Grossman said, will be up to the group.

“There’s no set agenda except to provide high-quality opportunities and education,” she said. “There are so many choices available. With this model, we can truly do anything we want.”

Sat Dec 19 , 2020
By Hosam Elattar | December 15, 2020 Los Alamitos High School will be shifting back to online learning for a month after a recent surge in Coronavirus cases in the state. Editor’s Note: As Orange County’s only nonprofit & nonpartisan newsroom, Voice of OC brings you the best, most comprehensive […] 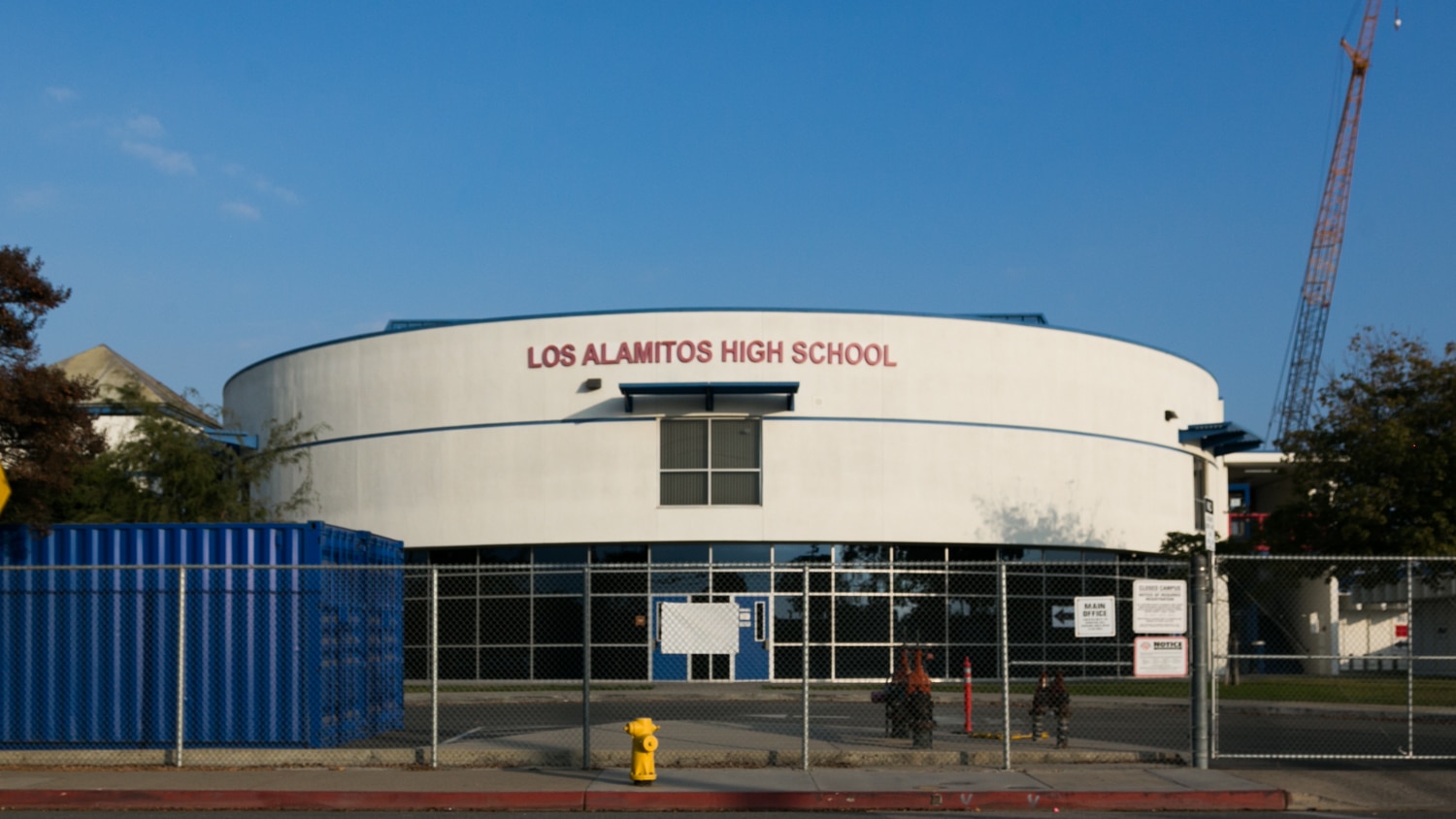