MOBILE, Ala. — Bernhard Raimann grew up playing soccer, just like almost everyone else in Austria. But the moment he watched “Friday Night Lights,” he knew he wanted to enroll in a student exchange program that would send him to America so he could play under those lights too.

Which is fitting, because his path from Central Europe to the Senior Bowl is nothing short of cinematic. The guy didn’t even discover the game until his parents split up and he had to move across Vienna with his father, only to walk outside one day and see some guys playing with an egg-shaped ball. He wound up falling so hard for football that he started watching football movies, then became so obsessed with “Friday Night Lights” that he signed up with an exchange program that would send him to Delton, Mich., before eventually making his way to Central Michigan as a blocking tight end.

Two years later, injuries and attrition forced him to move to offensive tackle. And two years after that, he’s a possible first-round pick in the 2022 NFL draft.

“Obviously a bad thing happened (with the divorce),” Raimann said on Wednesday at the Senior Bowl. “But something really, really great came out of it. It’s just crazy how things work out sometimes.”

Raimann was 13 years old when he first saw those guys playing with the egg-shaped ball. He went with his friends to a neighborhood park so they could try it out, and, well, it went about like you’d expect.

“The worst throwing form you’ve ever seen in your entire life,” Raimann said with a laugh. “It was like a shotput or something trying to get the ball across the park we were playing in. But I enjoyed it for some reason.”

Raimann joined a local club called the Vienna Vikings at 14 years old, worked on his game for a couple years, then signed up for that exchange program so he could pursue the game across the world. He landed in Delton, a rural community in Southwest Michigan. Population: 872.

He enrolled at Delton-Kellogg High School, where he competed under the Friday night lights at the lowest level of Michigan high school football. And he loved every second of it. He was living his dream.

Then he discovered college football on TV, and knew what was next.

“For me back (in Austria), it was like high school football was going to be huge,” he said. “At that time, it was like, ‘This is awesome. This is the goal. I want to play it. I love the sport.’ But then coming over here and actually watching college football games, I was like, ‘Whoa, this is even better than high school football. You kidding me? OK, now this is what I want to do.’”

Of course, drawing the eye of college recruiters proved to be a challenge at that level. He was mostly getting Division II interest until Eastern Michigan finally offered him his first FBS scholarship. Central Michigan followed shortly after that, and Raimann committed almost right away because he enjoyed his visits to the school so much.

“I also got an offer from a school in the western part of Michigan,” he deadpanned, referring to CMU’s biggest rival. “We don’t talk about.”

Raimann originally became a blocking tight end at the behest of coaches, and played in all 26 games his first two seasons. He caught 20 passes for 164 yards while contributing on special teams. That’s solid stuff from a young guy. But then injuries and attrition decimated Central Michigan’s offensive tackle depth heading into the 2020 season, and coaches believed he could do it if he packed on some weight.

You know, a lot of weight.

So Raimann let his diet go, and went from about 240 pounds to his current weight of about 304. And the kid was a natural. He didn’t allow a sack in a six-game season in 2020, then started to pop onto NFL radars with impressive efforts against Missouri and LSU last season. He didn’t allow so much as a single pressure in his last six games, and was named the MAC’s offensive player of the year by ProFootballFocus.

And just like that, he went from shot-putting an egg-shaped ball in a playground in Vienna to possible first-round pick in just seven years.

Raimann isn’t to the finish line yet though. He’s spent the week at the Senior Bowl trying to prove his place in the first round, and it has been an up-and-down affair, as you might expect from a guy who has played the position just two years. He’s lost some bad reps on both of the first two days of practice. But he’s also turned in a bunch of quality reps too, including stoning UCLA defensive tackle Otito Ogbonnia in an especially impressive one-on-one on Day 1.

Ogbonnia had just drawn audible “oohs” and “aahs” from the crowd after running right over an offensive lineman. Then Raimann stepped up, and dumped him on back-to-back snaps.

The Fifth ‘Destiny 2’ Subclass Might Be Revealed Through Science Alone

Mon Feb 7 , 2022
Destiny 2 Kujay If you’ve been playing Destiny 2 long enough, you’ll note that the “light” subclasses in the game all have various scientific “laws of the universe” backing them. Not that it makes them “realistic” per se, but they were created with some basis in science. Arc is electromagnetism, […] 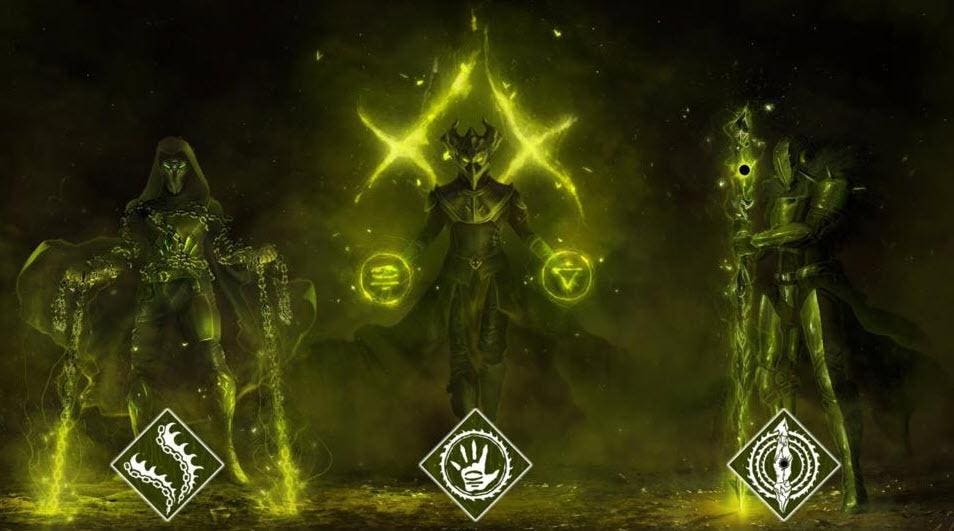