The Cleveland Clinic could create 1,000 research and development jobs in Cleveland by late 2028, through the establishment of a new global center for pathogen research and human health.

On Monday, Jan. 25, the Ohio Tax Credit Authority approved a 15-year job creation tax credit for the Cleveland Clinic Foundation — an unusual move because the board typically focuses on corporate expansions, not deals involving nonprofits or institutions.

The 2.58{c25493dcd731343503a084f08c3848bd69f9f2f05db01633325a3fd40d9cc7a1} credit, tied to new payroll, will support “non-clinical” jobs paying an average of $100,000 a year, Matt Deptola, a senior project manager with statewide economic development corporation JobsOhio, told the board. The project also will involve an anticipated $300 million investment in building construction and equipment, he said during the public meeting.

The tax credit is worth an estimated $35 million, though the ultimate value will depend on the number of jobs and the amount of payroll the Clinic creates, a spokeswoman for the Ohio Development Services Agency wrote in an email. A follow-up news release from the state mentioned the pathogen research center but did not offer any specifics about the project.

The authority’s vote came as state officials were preparing to announce the creation of the Cleveland Innovation District. A media advisory from Gov. Mike DeWine’s office described the announcement as “a unique partnership and investment to drive innovation and job creation in Ohio.”

The advisory was short on details but included a long list of participants in a virtual event, set for 2 p.m. Monday. DeWine and Lt. Gov. Jon Husted will be joined by the heads of JobsOhio and the Ohio Development Services Agency; the CEOs of the Clinic, University Hospitals and the MetroHealth System; the leaders of Case Western Reserve University and Cleveland State University; Cleveland Mayor Frank Jackson; and a trio of state legislators.

A Clinic spokeswoman deferred any comment on the state tax credit award until Monday afternoon.

Last year, JobsOhio and the state unveiled the Cincinnati Innovation District, which they described as a “blueprint” for the state. That partnership, focused on talent growth and business attraction, involves the University of Cincinnati and Cincinnati Children’s Hospital Medical Center.

JobsOhio committed to investing up to $100 million in the Cincinnati project, pairing that money with investments by the anchor institutions. The partners aim to spur the creation of 20,000 jobs and $3 billion in annual economic impact, including $2 billion worth of research and real estate development over a decade.

In a March 2020 announcement, the Cincinnati partners said they expected the district to attract substantial investment in mixed-use buildings, housing offices, labs, retail, housing and nightlife.

An earlier version of this story incorrectly stated that the state job creation tax credit for the Cleveland Clinic carries a five-year term. The credit will run for 15 years. 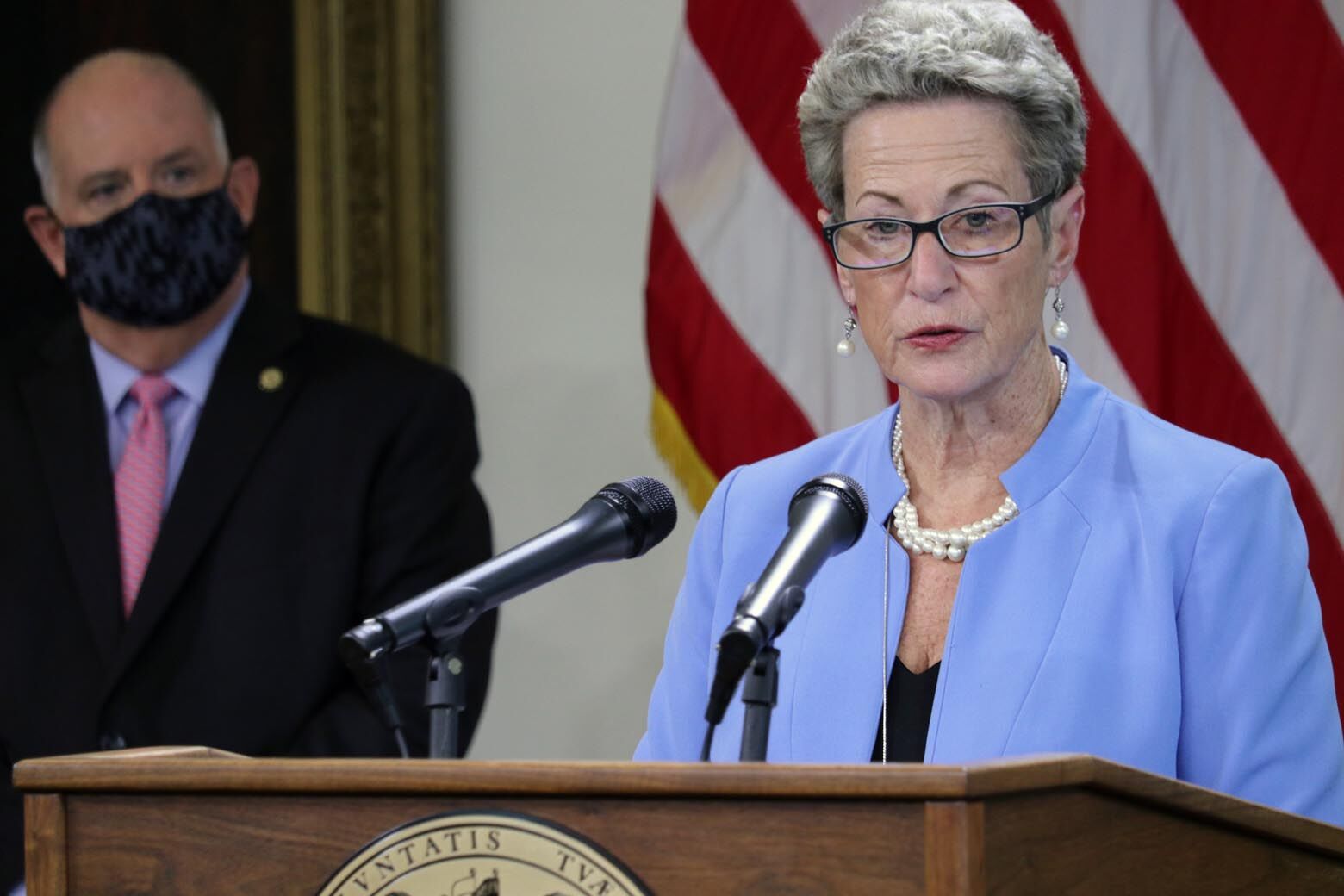