City officials had said in recent days they would view the collective refusal of in-person work as a strike, but in response to Sunday’s vote results said they will delay the scheduled return of thousands of teachers and staff until Wednesday “to ensure we have the time needed to resolve our discussions without risking disruption to student learning.”

The CTU’s move to reject in-person work marks the culmination of a months-long fight between the union and the nation’s third-largest school system over how and when to reopen schools during the pandemic — a disagreement that threatens to plunge the city’s education into deeper turmoil if a deal isn’t reached over the next few days.

“So what does this mean? It means the overwhelming majority of you have chosen safety,” the union told teachers and staff as they announced the vote results. “CPS did everything possible to divide us by instilling fear through threats of retaliation, but you still chose unity, solidarity and to collectively act as one.”

CTU President Jesse Sharkey wrote on Twitter he “will grant that it’s a lower percentage than we’ve had in the past. It’s a pandemic, after all.” He later added in a statement he believes “an agreement is within reach, but we need a willing partner.”

Illinois law requires three-quarters of CTU members to authorize a typical contract strike, such as the one in 2019. The union has said a work stoppage this time around would come in response to several alleged unfair labor practices by CPS, and the approval of only a simple majority of voting members is required — though the CTU said last week it would seek 60{c25493dcd731343503a084f08c3848bd69f9f2f05db01633325a3fd40d9cc7a1} to show its unity.

Union leadership has been adamant, however, that its initial action is not a strike since teachers intend to continue working from home — even though the school district is no longer allowing that option for about half of union members this week.

The union has said it would only withhold its labor if no agreement is reached come Wednesday and CPS decides to block teachers from remote work — as it has done with a few dozen pre-kindergarten and special education staff members who have not reported to schools as ordered this month and are no longer being paid.

The strategy from union leadership has been to back CPS officials into a corner in negotiations by forcing the district to address teachers’ concerns immediately, delay its reopening plan or risk halting all classes.

The key unresolved issues are: which teachers and staff who have a household member with a vulnerable medical condition are eligible for accommodations for remote work; the public health metrics that determine the reopening or closing of individual schools and the district as a whole; how vaccines factor in to requiring staff to work in person; and the scope of districtwide testing of staff and students.

About 3,800 preschool and special education cluster program teachers and staff were ordered to return to schools earlier this month for the resumption of in-person learning for their students. Another 10,000 staff members in kindergarten through eighth grades were due back Monday. K-8 schools are scheduled to reopen Feb. 1 for an estimated 71,000 students — out of 191,000 children in those grades — who have said they plan to return. Black, Latino and low-income families have been less likely to choose in-person learning, data has shown.

Schools chief Janice Jackson wrote in an email to families Sunday that the return of K-8 teachers and staff will be pushed back to Wednesday as the two sides continue to negotiate, but CPS still plans for K-8 students to return Feb. 1. Pre-K and cluster staff will be expected to keep reporting to schools this week, and Jackson said the district’s goal is “to reach an agreement with CTU as soon as possible.”

When she was asked Friday if the union’s walkout would mean even remote learning would come to a halt, Jackson said, “I think my point was clear that if the union refuses to work on Monday, that constitutes a strike.”

Jackson said it would be unfair to deny families the opportunity to return to schools, and she and City Health Commissioner Dr. Allison Arwady expressed strong confidence that all necessary precautions have been taken to keep students and staff safe from COVID-19. The district has spent $44 million on disinfectants, PPE, air purifiers and other measures to ready schools for the return of staff and students.

But teachers have shown serious concerns about their health in schools they believe won’t uniformly or strictly enforce mitigation protocols. The teachers union and its medical consultant, national expert Dr. Vin Gupta, have advocated for a slower, more phased-in approach to reopening schools that coincides with teacher vaccinations. School staffers in Illinois are eligible for the COVID-19 vaccinations starting Monday, and some suburbs are prioritizing teachers for those shots over other essential workers. Gupta also said last week he was concerned about the new strain of the virus that originated in the U.K.

Sharkey wrote to members Sunday that CPS’ decision to delay the return of K-8 staff was done “unilaterally” — not in agreement with the CTU, as the district claimed — and was meant “to sow dissent and disrupt collective Union action” without reaching a tangible agreement. Still, the union was encouraged by the move because it signaled a willingness to resolve the dispute, sources said.

Mon Jan 25 , 2021
Patrick L. Anderson In the days before his inauguration, President Joe Biden outlined a gigantic $1.9 trillion program, variously called a “rescue plan” and “stimulus” for the American economy. The amount is staggering, but so are the problems it is intended to solve. In the spirit of the president’s inaugural […] 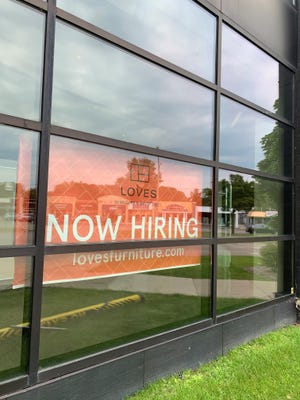