The CDC team reviewed data from studies in the United States and abroad and found the experience in schools differed from nursing homes and high-density work sites where rapid spread has occurred.

“The preponderance of available evidence from the fall school semester has been reassuring,” wrote three CDC researchers in a viewpoint piece published online Tuesday in the Journal of the American Medical Association. “There has been little evidence that schools have contributed meaningfully to increased community transmission.”

The review, which echoes the conclusions of other researchers, comes as many school districts continue to wrestle with whether and how to reopen schools and as President Biden makes a return to in-person learning one of his top pandemic-related priorities.

A new CDC study, also published Tuesday, looked at 17 rural K-12 schools in Wisconsin and found just seven out of 191 coronavirus cases resulted from in-school transmission. Researchers noted that students and staff in these schools wore masks almost all the time.

“The conclusion here is with proper prevention efforts . . . we can keep transmission in schools and educational settings quite low,” said Margaret A. Honein, the lead author of the JAMA report. “We didn’t know that at the beginning of the year but the data has really accumulated.”

The CDC said communities should work to reduce overall levels of transmission to prevent school-based spread of the virus. That means policies such as restrictions on indoor dining at restaurants.

Still, Honein said, even in places with high infection rates, there is no evidence that schools will transmit the virus at rates that are any higher than those seen in the general community. She said they can operate safely as long as precautions are employed.

Specifically, the CDC recommends that schools require masks, allow for a distance of six feet between people and keep students in cohorts to limit the number of people who must quarantine in the case of an exposure. It also recommends screening tests to identify asymptomatic infected people, and increased air ventilation.

There are differing views about exactly what is needed to reopen safely.

“Schools all over the country have very different levels of mitigation measures,” said Leana Wen, a physician and public health professor at George Washington University. She said she hoped the CDC would release new guidelines specifying exactly what is needed.

Wen also worried that parents see open schools as an invitation for other activities, which may not be as closely monitored and which are not essential to children in the same way. “We should not misunderstand schools being open to also mean kids getting together for play dates,” she said.

The CDC researchers said they were particularly concerned about indoor sports and other extracurricular activities that do not allow for distancing and mask use.

Another new CDC report described two December high school wrestling tournaments in Florida where 30 percent of the 130 athletes, coaches and referees who participated were then diagnosed with the virus. The actual rates might be higher, the report noted, as fewer than half the participants were tested.

After the tournaments, testing was conducted among the 95 people in close contact with the infected tournament participants, and found 43 percent of them tested positive. One person, an adult over age 50, died.

Wrestling, the report noted, is an activity where distancing is not possible and wearing masks is not safe.

“The bottom line for me is really prioritizing the in-person educational setting and making the hard choices both in communities and in schools about other activities that we value but might have to be postponed to not jeopardize our children’s education,” Honein said in an interview.

To try to reopen schools, Biden has asked Congress for $130 billion to offset costs and has promised better guidance from his administration on how to do so safely. President Donald Trump also pushed schools to open, though provided little guidance, data collection or funding to help them.

Biden says his goal is to have a majority of K-8 schools open within 100 days of taking office, though he has not said how he will calculate this metric, or whether hybrid systems, where students divide their time between learning in school and at home, would count.

A survey of 13,597 school districts by MCH Strategic Data, cited by the CDC, found 17 percent of school districts were fully open for in-person instruction in the fall and 51 percent used a hybrid model, with 24 percent fully online.

Little was known about the spread of the virus in schools when the pandemic shuttered virtually every classroom in America last spring. Over the summer and into the fall, administrators struggled to balance fears of the virus against the academic and emotional toll that online learning was taking on children.

Some parents have demanded a return to classrooms, but others fear it, particularly parents of color whose communities have been ravaged by the pandemic.

As the school year progressed, evidence emerged that virus transmission inside schools was low, giving some comfort. Yet at the same time, infection rates began to soar, increasing fears about the dangers.

Teachers in many communities have lobbied strongly against going back, and some with strong unions have been able to slow or prevent a return. In Chicago, for instance, members of the Chicago Teachers Union are refusing orders to come back to buildings as the public schools attempt to resume in-person education.

Chris Geovanis, a spokeswoman for the Chicago union, said Chicago Public Schools has failed to implement the safety measures recommended by the CDC. She said principals do not have proper protective equipment, hand sanitizer, bathroom soap or ventilation systems.

“What we’ve asked for is enforceable safety standards to make sure all the mitigation that should be happening is actually happening,” she said.

The school district says it has followed all safety guidelines and made $100 million in health and safety investments ahead of reopening.

In Mississippi, a study among children found that attending gatherings and social functions outside the home and having people over increased risk of infection but attending school in person did not.

A study in 11 North Carolina schools districts, with more than 90,000 students and staff, found within-school virus transmissions to be “very rare”— just 32 infections acquired in school vs. 773 acquired in the community. The study found no cases of student-to-staff transmission.

The researchers also looked at data from two international studies. A report from Europe found that schools were not increasing community spread. In Israel, however, there was a large outbreak in a high school last May. Researchers noted that in this case, classrooms were crowded, not everybody wore masks and an air-conditioning system recycled interior air in closed rooms.

‘Should I Be Exaggerating Enthusiasm in Job Interviews?’

Wed Jan 27 , 2021
Workplace advice columnist Alison Green answers all your questions about office life. Got a question for her? Email [email protected] Photo-Illustration: by The Cut; Photos: Getty Images Dear Boss, What is your opinion on feigning enthusiasm for a job during an interview? For a few months now, I’ve been unemployed like […] 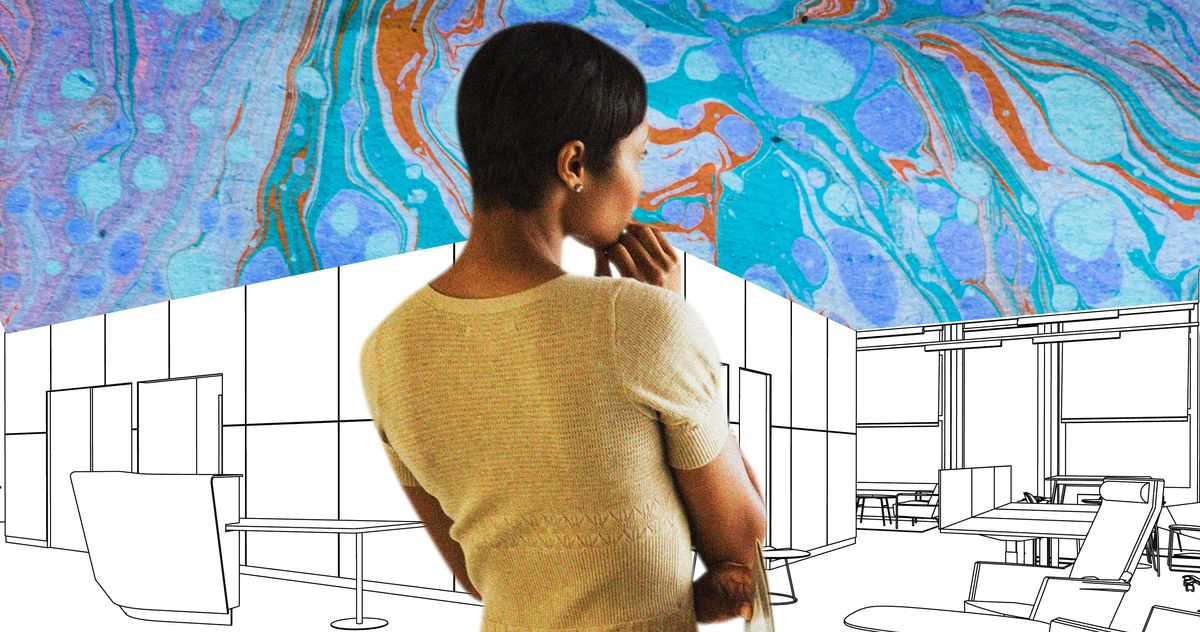