To test the strength of his position, Descartes imagined the workings of an evil entity — a malignum genium, or evil genius — capable of creating an entirely illusory but completely convincing artificial world. Someone ensnared by Descartes’ malevolent being is bound to question external reality — and even their own body — since, theoretically, the sky’s color or the warmth of one’s skin could be deceptions devised by this demon.

Although its powers appeared absolute, Descartes’ demon couldn’t corrode all sources of certainty. Since this “genius” needed a target for its tricks — an underlying consciousness that could be deceived in the first place — its victims could at least be sure they existed. Hence, Descartes’ absolute trust in the formula of his famous “cogito”: I think, therefore I am.

Did Descartes really worry that an evil genius might be deceiving him? The question turns on just how paranoid the philosopher was. But even if he actually did believe in the demon, it helped him discern the limits of doubt, making it possible to rationally reconstruct what we could know. In this respect, the evil genius was as much a stolid scientific tool as it was a machine for generating delusions.

Poised between wild fantasy and thought experiment, Descartes’ demon is only the first of many such creatures to appear in Jimena Canales’s bestiary “Bedeviled: A Shadow History of Demons in Science.” “A modern demonology for the age of reason,” Canales’s book demonstrates that science advanced through the centuries along with its devils. Even as microscopes, air pumps, Leyden jars and particle accelerators enlightened the natural world, shadowy spirits continued to be conjured up in the pages of scientific journals and treatises.

For example, in 1773, more than 100 years after the first appearance of Descartes’ evil genius, the mathematician Pierre-Simon Laplace imagined an otherworldly “intelligence” capable of pinpointing the movements of every atom and making it possible to predict the future. If such a demon could track the path of every particle in existence, then chance, chaos and uncertainty were overthrown. Determinism reigned. As Canales explains, “Laplace’s demon lorded over the universe, guaranteeing it would tick predictably according to fixed laws.”

Jumping forward another hundred years, we find the Scottish scientist James Clerk Maxwell summoning up another denizen of the underworld. Maxwell posited a tiny homunculus that could cordon off hotter, faster molecules from colder, slower ones. No big deal — until you realize Maxwell’s Demon could violate the second law of thermodynamics, thereby rewinding the slow unspooling of the universe we call entropy.

Why is it, Canales wonders, that scientists, typically allergic to superstition and incorrigibly suspicious of paranormal powers, so often find themselves cavorting with otherworldly beings? For Canales, devils like Descartes’ evil genius or Maxwell’s Demon cannot be explained away as “psychological delusions or simplistic heuristic fictions.” In other words, science’s bedevilment is a result neither of madness nor of efforts to enliven undergraduate lectures with some impish examples.

To the contrary, Canales argues that science’s demons perform real work, “akin to that of many other tools of thought . . . such as concepts, numbers, classes, and categories.” That is, instead of distorting scientific conclusions or helping to better explain them, supernatural beings allow scientists to do science at all.

The opening chapters of “Bedeviled” illustrate this dynamic as they deftly sprint through centuries of scientific history in the course of introducing the aforementioned demons of Descartes, Laplace and Maxwell. But the book’s pace becomes more relaxed once it arrives at the 20th century. Canales lingers with the career of Albert Einstein — the subject of her previous book — who appears here as scientific history’s preeminent “exorcist.”

Canales’s impressive facility with the problems and personalities of 20th-century physics serves her story well at this point. In the hands of a lesser scholar, pandemonium would threaten to take hold in the book’s concluding chapters, which embrace a remarkable amount of post-World War II scientific research — and all the devils that haunt it. Despite the difficulty and diversity of this terrain, though, Canales remains a steady, if less leisurely, guide.

Although Einstein attempted to banish demons from science, in his wake these creatures managed to creep into a dizzying number of research fields. Cybernetics, information theory, cognitive science, biology, economics and sociology all found themselves trafficking in various forms of demonology. Canales points out, for instance, that early work in artificial intelligence and cognitive science conceived the mind as a jumble of tiny devils, each responsible for some specific cerebral process.

Meanwhile, Maxwell’s Demon appeared more real than perhaps even its most committed adherents had ever imagined. As biologists studied the ways some organisms seemed to temporarily resist entropy — staving off otherwise inevitable dissolution by conserving energy — they began to wonder if Maxwell’s miniature creature wasn’t hard at work in the interstices of the body, maintaining the equipoise of their very cells: Maxwell’s “demons exist: we are them,” wrote the biologist Hans Driesch.

Even real-life versions of Laplace’s and Descartes’ demons appeared on the horizon. Canales cites the Soviet futurist Nikolai Fyodorov, who argued “that Laplace’s creation could be brought to life if everyone worked together, literally putting their minds to it to collectivize intellectual work.” Descartes’ evil genius, too, became more concrete once one granted that a neuroscientist might somehow “intercept all inputs leading to your brain, hijacking the source of your sensory impressions.” In short, a “thinking organ could be fooled into believing in an inexistent reality.”

For modern science, in other words, demons are more than crazed hypotheses or ungrounded thought experiments; they are quietly central to our very understanding of the world. This conclusion underwrites Canales’s central insight: “Today we need to live not only among technologies that have been modeled after the demons of our imagination — from virtual reality to bombs to artificial intelligence — but with the demons that are still within us, some guiding research and innovation and others dividing us.”

Are Descartes’ almost perfect illusionist, Laplace’s nearly omniscient intelligence and Maxwell’s entropy-resistant imp really as tangible as a microchip or a shock wave? That these devils are so hard to capture in our customary accounts of science — that it is so tempting to explain them away as figments of overworked philosophical imaginations or as phantasms floating through the dream of reason — is less a fault of Canales’s wide-ranging work and more a sign of how constricting and simplifying those customary accounts are.

“Bedeviled” admirably insists on recording the plain history of science. It just so happens that the history of that most rational of human endeavors reads at times like a Gothic tale, one replete with evil geniuses, time travelers and uncanny intelligences lurking in reality’s obscure corners. “Knowledge, scientific and otherwise, arises from direct commerce with the unreal,” Canales writes. “In the halfway house between the real and the symbolic, imagination and innovation meet, greet, and exchange hats, fantasy hardens and solidifies, and fact and fiction cross-dress.”

A Shadow History of Demons in Science

Thu Dec 24 , 2020
RICHMOND HEIGHTS, Ohio — Richmond Heights Local Schools have been awarded a grant of nearly $100,000 which it will use to help improve remote education practices and outcomes. The grant comes at a time when the pandemic has forced the district, and many others in the area, to teach remotely. […] 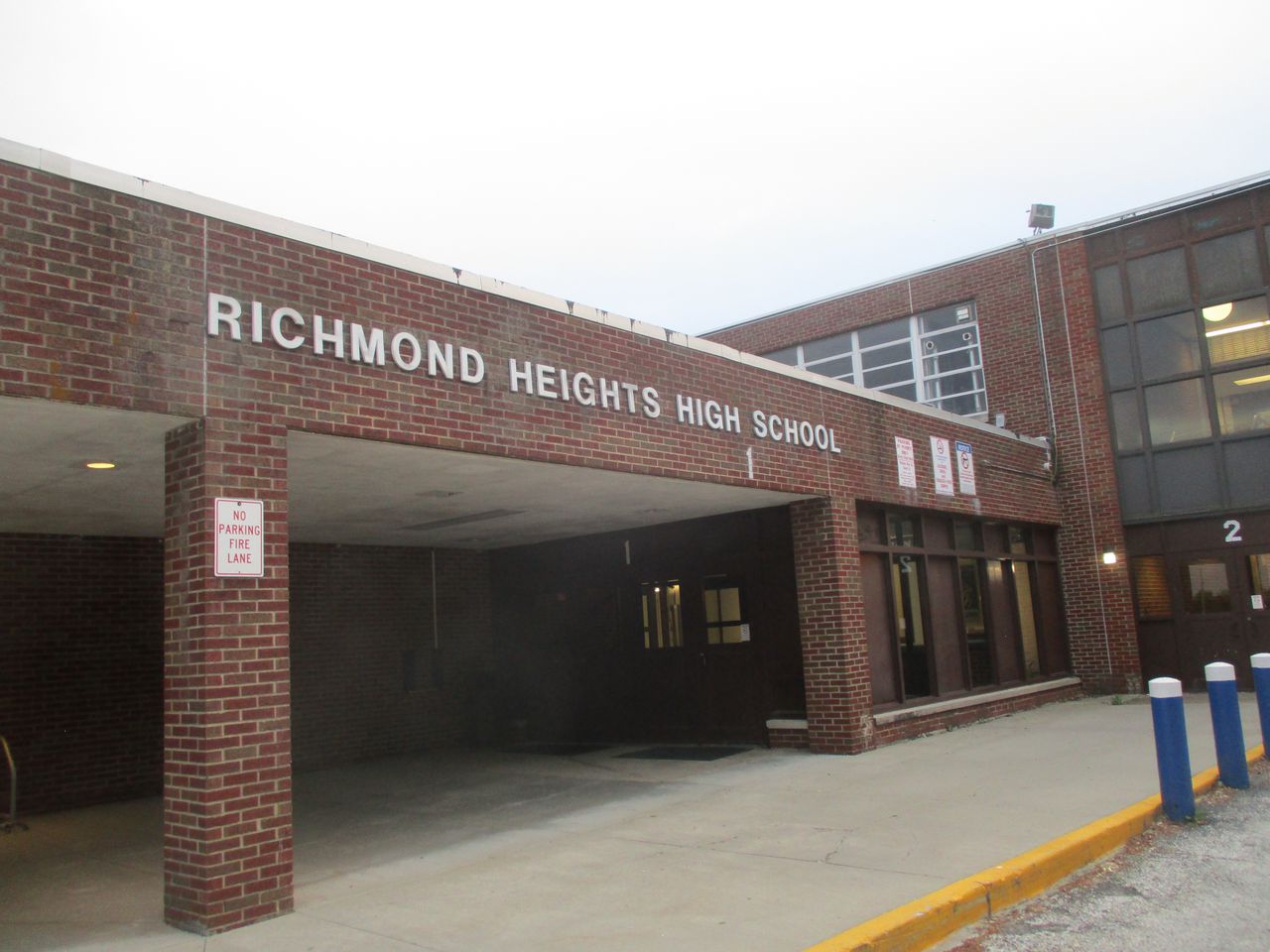