U.S. Secretary of Education Betsy DeVos submitted her resignation Thursday, just a day after a violent insurrection in Washington that attempted to stop Congress’ certification of President-elect Joe Biden’s victory.

Her departure from President Donald Trump’s administration followed a string of resignations from the upper ranks of the executive branch following the violence at the U.S. Capitol, including another Cabinet official, Secretary of Transportation Elaine Chao.

In a letter to Trump announcing her resignation, effective Jan. 8, DeVos told the president that he was culpable for the violence at the Capitol, telling him that “there is no mistaking the impact your rhetoric had on the situation” and called his actions “the inflection point for me.”

“We should be highlighting and celebrating your Administration’s many accomplishments on behalf of the American people,” DeVos told Trump in the letter. “Instead, we are left to clean up the mess caused by violent protestors overrunning the U.S. Capitol in an attempt to undermine the people’s business.”

DeVos also highlighted her work as education secretary, saying among other things that “we have sparked a national conversation about putting parents and students in charge of education.” But she stressed that “impressionable children are watching all of this, and they are learning from us. I believe we each have a moral obligation to exercise good judgment and model the behavior we hope they would emulate.”

There is no mistaking the impact your rhetoric had on the situation, and that is the inflection point for me.

Late on Jan. 6, DeVos issued a statement denouncing the riot on Capitol Hill that occurred earlier that day, declaring that an “angry mob” must not be allowed to halt the democratic process.

“The eyes of America’s children and students—the rising generation who will inherit the republic we leave them—are watching what is unfolding in Washington today,” DeVos said in the statement. “We must set an example for them, and we must teach them the solemn obligations and duties that come with the title ‘American.’”

DeVos took over as the head of the U.S. Department of Education in February 2017, and is one of Trump’s longest-serving and most controversial Cabinet members. Indeed, she is one of a handful of original cabinet members in a Trump administration known for high turnover in key roles.

Resigning 13 days before the end of Trump’s term “does nothing to erase the harm” DeVos has done “to this country’s students, their families and educators,” National Education Association President Becky Pringle said in a statement.

Tensions with the President

DeVos largely avoided public conflict with the president, but the two have had some tension during her tenure.

In 2019, she sat in the hottest of hot seats when a Congressional committee sharply questioned her over a Trump administration proposal to cut $17.6 million in federal funding for the Special Olympics, part of an overall administration plan to lower budgets across agencies.

After she spent hours defending him, Trump later said he had “overridden” officials in his administration and stated that the Special Olympics would be funded. That about-face prompted Rep. Mark Pocan, D-Wis., to ask in a statement, “Can someone pull Betsy from under the bus?”

Not long before Trump formally accepted the Republican Party’s presidential nomination in 2016, DeVos, a billionaire political donor, said she wasn’t prepared to back him.

“There have clearly been a lot of things that have been said that give me serious pause for thought. But on the other hand, when I consider the alternative, that is not attractive either,” she told the Detroit News.

She later joined the administration after Trump selected Vice President Mike Pence, a school choice advocate, as his running mate.

DeVos’ signature issue, school choice, became a major talking point for Trump on the 2020 campaign trail. And despite their previous differences and her divisive public profile, she appeared at some campaign events and was part of his aggressive push to reopen schools amid the ongoing coronavirus pandemic.

DeVos stopped short of directly criticizing Trump following another major scandal. In 2017, Trump said there were “very fine people on both sides” of a conflict at a white supremacist gathering in Charlottesville, Va., where a counter-protester died when a demonstrator intentionally hit her with a car.

“The views of white nationalists, neo-Nazis and other racist bigots are totally abhorrent to the American ideal,” DeVos wrote in a letter to Education Department employees that was silent on Trump’s comments. “We all have a role to play in rejecting views that pit one group of people against another. Such views are cowardly, hateful, and just plain wrong.”

During the violence on Capitol Hill this week, DeVos’ former chief of staff, Josh Venable, called on Trump’s Cabinet to prepare to invoke the U.S. Constitution’s 25th Amendment, which could lead to the president’s removal from office.

Fri Jan 8 , 2021
NASHVILLE, Tenn. (WKRN) – The second half of the school year is now underway for Metro Nashville Public School students. Metro school leaders said virtual learning was the best way to start this semester because of increased COVID-19 cases. According to the Metro Health Department, they hope as they get […] 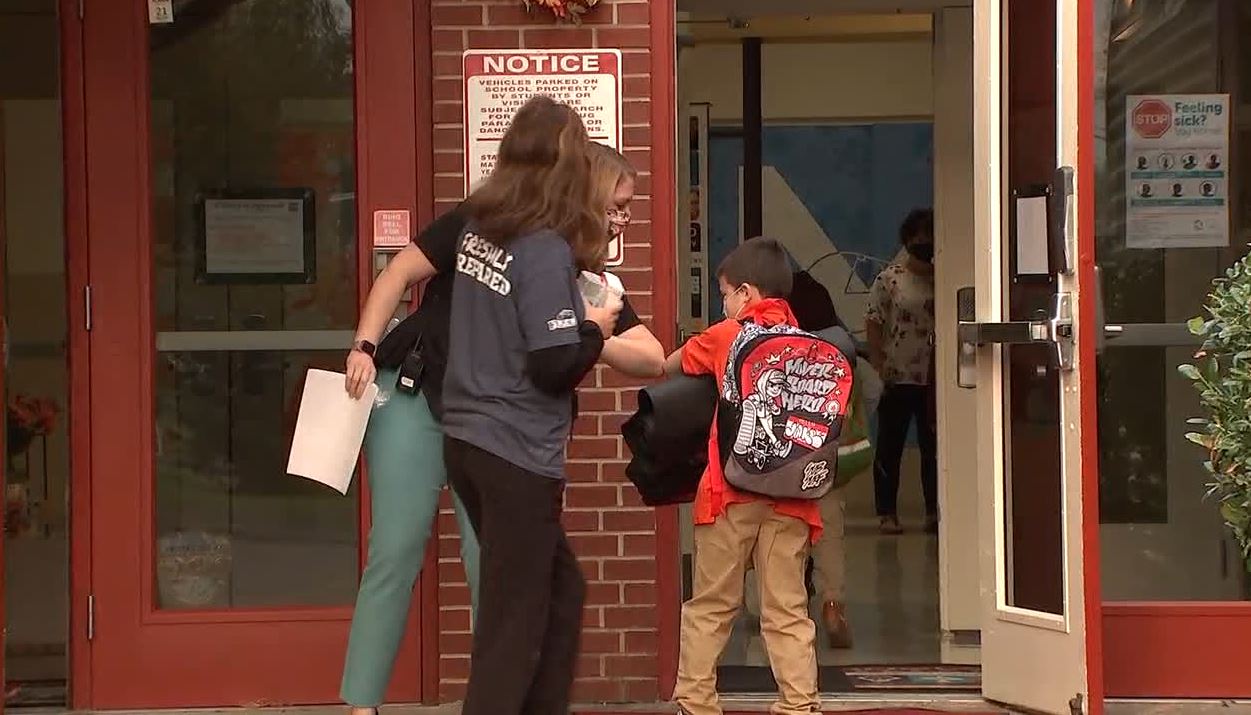