On Tuesday, December 2, Bertha Pulsifer Goodwin was reunited with her husband Ira whom she has missed for 38 years. She had her family by her side to the end which would have made her happy.

Bertha was born in North Turner to Virginia Safford and Carl Pulsifer on June 29, 1932 the youngest of five children. She never lived further than a stones throw from that spot. She attended local schools and graduated from Leavitt Institute in the Class of 1950. She met her husband Ira during her senior year and they were married in August following her graduation. He was a water well driller and moved to various jobs around the state and she traveled with him and lived in a small trailer through those first few years. Together they built a house next to her parents and she remained in that house until her death.

Bertha was a lifelong member of the North Turner Presbyterian Church and served in many roles including treasurer, deacon and elder. She cooked for church suppers well into her 80s. She also acted as the village keeper as she planted flowers, picked up trash and swept highway islands. Everyone knew who she was as they drove by. She and Ira hosted an exchange student from Ecuador for a year and she remained close friends with the family. They traveled to Ecuador and spent time with them. They also traveled to the Holy Land and Bertha relished the memory.

She spent an entire year traveling around the U.S. when Ira was president of the National Water Well Association. They made dear and lifelong friends through those travels. They also entertained many friends and raised their extended family at their camp on Bear Pond. It is fondly referred to as “Camp Calorie” due to Bertha’s enjoyment of cooking everyone’s favorite thing. It was always many, many things. She and Ira were the founders, along with Sam and Polly Smullin, of the Bear Pond Fourth of July parade. And Bertha always had a costume and surprises for everyone.

There was nothing more important to Bertha than her family and the term extended out for generations both older and younger. The only way off her Christmas card list was if you died.

She was loved by and is survived by her son, Ira Jr. (Ike) and his wife Jody, of Turner, their two children Aimee and her husband Scott Abbotts and their children Nola and Conlin; Eric and his wife Sheryl and their children Tyler and Alta; by her son Dana and his partner Cheryl Trenoweth, of Turner, his two children Jesse and partner Tonie Morin and his daughter Shelby; Keith and his wife Sarah and their children Able and Elliot; Cheryl’s daughters Kate and Heidi as well as Bertha’s former daughter-in-law, Rhonda Libby Chase. A sister-in-law, Avis Goodwin Hayward, with whom she was very close and a brother-in-law, Frank Goodwin. Also a large number of much loved nieces and nephews from three generations.

She was predeceased by her parents; her siblings, Winn Pulsifer and his wife Doris, Barbara Porter and her husband Norman, Carolyn Caryl and her husband Howard and Phyllis Place and her husband Guy. And by two very special nieces, Winona Adams and Elaine Witherbee.

Arrangements are cared for by Wiles Remembrance Center 308 Franklin Rd. Jay. Private interment is planned and a celebration of Bertha’s life will be held when health restrictions are lifted. Donations in Bertha’s memory may be sent to the North Turner Union Presbyterian Church, PO Box 560, North Turner, ME 04266. A kind word may be left in her Book of Memories at www.wilesrc.com

Sat Dec 26 , 2020
Time running out for politicians to take lobbying jobs Craig Patrick reports TAMPA, Fla. – In 2018, a state commission in Florida loaded the ballot with amendments. One of those amendments — Amendment 12 — changed the ethics rules for politicians in state government.  Amendment 12 said elected state officials […] 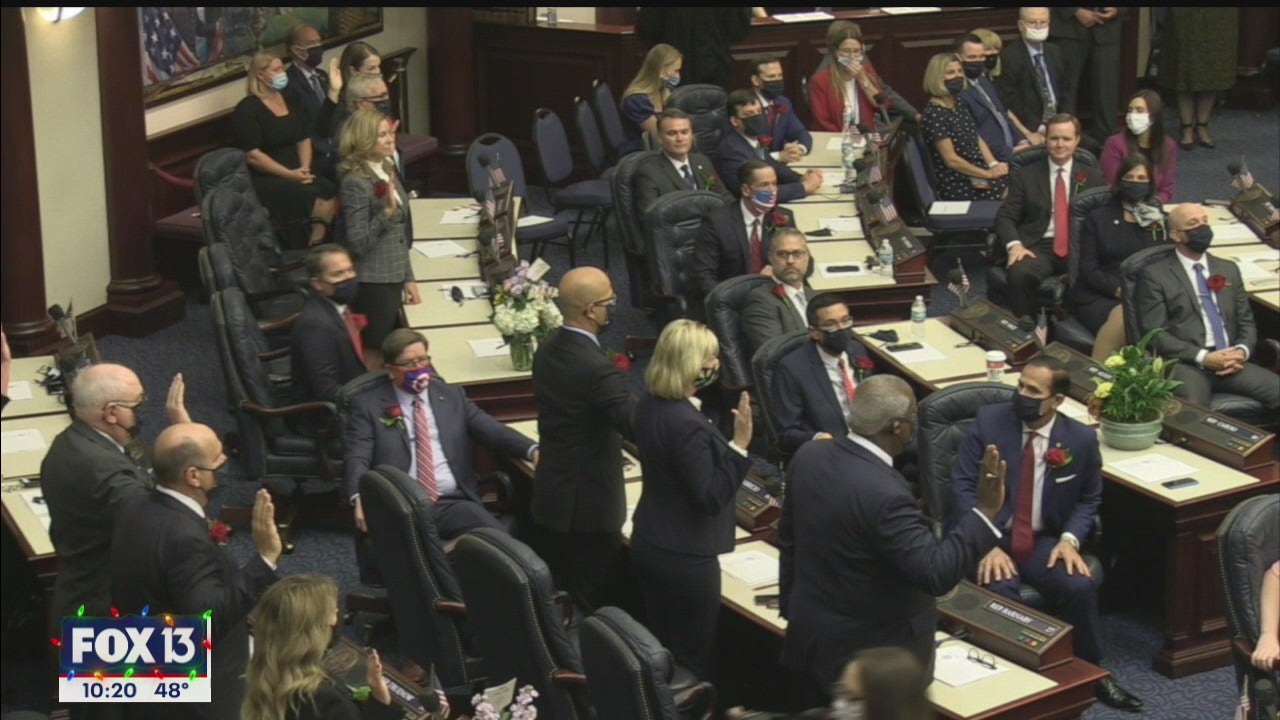