Alabama education officials have big plans for the 2022-23 school year, judging by the more than $800 million increase they’ll request when the legislative session starts in January.

“The amount of [state] money we think is going to be available this year is going to be phenomenal,” Alabama Superintendent Eric Mackey told board members during a presentation of the proposed ask.

The education trust fund, which pays for schools, is expected to grow 16% year over year. The current fiscal year, which determines how much money lawmakers will have to distribute, ends Sept. 30.

Mackey’s proposal calls for more than $5.8 billion in spending for K-12 public schools, an increase from the department’s $5.2 billion ask last year. Priorities are tied to the state’s education strategic plan and are aimed at improving student achievement, creating lower class sizes in middle grades, paying for school nurses and incentivizing effective teachers.

The state board of education will vote on the request in October, where it then goes to Gov. Kay Ivey for consideration. The 2022 legislative session starts Jan. 11.

The current year’s $7.7 billion education budget includes funding for K-12 and higher education. About 6%, or $450 million, is for agencies and programs not directly under education officials’ authority.

Teacher raises are on the table, Mackey said, but that proposal typically comes directly from the governor’s office. A 1% pay increase would cost around $41 million, Chief School Financial Officer Andy Craig said.

The department’s request includes a number of big-ticket items, one of which is an additional $60 million for school nurses.

“That would be enough money to fully pay for the school nurses that are in place,” Mackey said, “and make sure there’s one in every school.”

Just under $41 million was allocated for schools this year, which is not enough to pay for a nurse for every school. Schools right now are paying about a third of the cost of a nurse out of local funding, he said.

The largest increase Mackey is seeking is more than $250 million in additional funding to lower class sizes in fourth through eighth grades, where class sizes are typically the largest. “When you get calls from folks saying ‘I’ve got 35 kids in my child’s seventh-grade English class,’ well that’s the way to fix that,” Mackey said.

That money would hire more than 3,200 teachers statewide, which he acknowledged could be difficult given teacher shortages in those areas.

A new teacher incentive program, called TEAMS, which pays eligible math and science teachers on a higher salary schedule than teachers of other subjects needs an additional $75 million to be fully funded, Mackey said. Lawmakers put $50 million into the program for the current school year. It’s unclear how many teachers the program has attracted for its inaugural school year.

Special education is another priority area, with Mackey pushing for nearly $100 million in additional spending. That is on top of increases in recent years designed to fill the gap between what federal funds pay for and the actual cost of education children with disabilities, Craig said.

He also wants to more than double state funding for state-funded preschool programs for children with disabilities, by increasing spending from $17.6 million to $37.6 million. The program for preschool aged children with disabilities is different from Alabama’s nationally lauded First Class Pre-K program, which is funded through the Department of Early Childhood Education.

An $8.5 million program to fund grants for certified behavior analysts for students with autism would address a growing need, Mackey said. That funding would pay for an analyst in nearly every school district.

Career coaching for high school students is another priority, and Mackey wants an additional $22.8 million to put a career coach in every high school, and that funding would more than triple the number of coaches from 118 to 380 statewide.

School transportation is a constant concern for most school districts, Craig said, and officials want an additional $15 million in funding to help districts replace old school buses and pay for operations.

Other priority funding areas include:

Scroll down to see the full presentation.

School officials are also planning how to spend more than $3 billion in federal COVID relief that came in since mid-2020. They’ll have until 2024 to spend the bulk of that money and plans for how they’ll spend it were due to the state by the end of August. Those spending plans must be posted for the public on each district’s website, but AL.com has been unable to locate any.

Sun Sep 26 , 2021
As some students get back to school amid a new wave of variants and ongoing anxiety, the future of school and how students will learn continues to evolve rapidly.   According to research I’ve been involved in during Covid as well as multiple reports I have reviewed from Barkley, Gen HQ […] 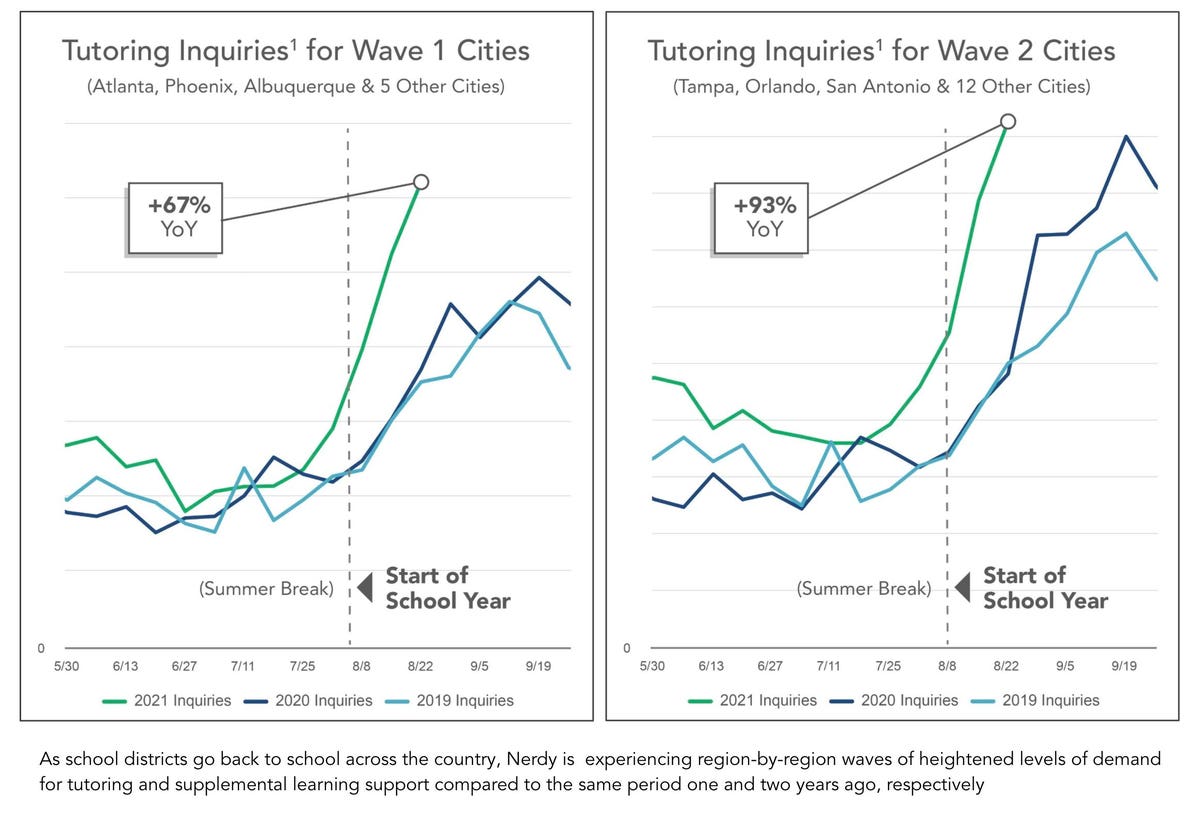