“It was enough for me to come down and see what’s going on,” Dixon said while reviewing his job offer Wednesday at Great Work! Employment Services on East Market Street in Akron.

The 33-year-old machinist said the regional staffing agency always finds him good-paying jobs. But he’s never earned $16 an hour in his life.

He made $12.50 an hour a year ago at a window and door factory in Cuyahoga Falls. When the pandemic hit, his employer required masks then made work voluntary.

Enhanced weekly unemployment benefits from the federal government, which began at $600 and continue at $300 through June 26 in Ohio on top of traditional payments, made the decision to stay home an easy one, especially for workers like Dixon who rode a bus.

After working as a convenience store cashier when the economy first reopened, Dixon is hoping to cash a decent paycheck in time to celebrate July 4 with his family.

“Time to get back to work.”

An economy that doesn’t work

Since the U.S. Bureau of Labor Statistics’ current tracking began in 2000, there has never been more job openings in America. Wages for all industries in Ohio jumped 12.5% last year, climbing five times faster than they did the year before.

Employers and staffing agencies say wages are going up even faster in 2021. Jobs that paid $10 or $11 an hour last year are paying $14 or $15 today. But it’s still not enough to fix a job market that, in many ways, isn’t working.

Many restaurants and shops are now responding to a labor shortage by cutting hours or closing dining rooms — even as business picks up and state health orders have been lifted.

“None of these light switches have been going on anytime they change something,” said Michael Trecasso, who own’s Trecaso’s Mary Coyle restaurant and ice cream shop, a landmark in Highland Square for 84 years.

The restaurant had to layoff three freshly hired employees when the pandemic hit. They reopened with half the dining room seats in storage last May.

With the state health orders gone this month, booths inside remain spun around to let customers know the dining room is still closed, because they can’t find workers to wait tables. Trecaso said he prays some days for rain because his family, including two daughters who help out working their full-time jobs, are getting burnt out with just the patio open.

“It’s crazy,” said Marwan Lahham, who owns the Aladdin’s Eatery across the alley. The restaurant closed on Monday, for a time, and is operating shorter hours.

“I didn’t want to overwork my people and burn them out,” said Lahham, who has servers regularly pulling doubles and filling in as shift managers.

Lahham and Trecaso, like other employers and several staffing agencies, no longer let people take job applications home. They must be filled out and returned on the spot. The business owners say some unemployed people want the applications, not the jobs, so the state doesn’t cutoff their unemployment assistance.

With seven offices in Northeast Ohio, GreatWork! Employment Services is seeing more and more walk-ins every day. But the agency still is only getting about 25% of the job seekers it had before the pandemic, President Tia Ramlow said.

On the Wednesday morning that Dixondecided to accept his new job, three other people with appointments never showed. The industry calls that “ghosting.”

One staffing agency said it recently had 13 clients sign job offers but only two showed up to work.

Employers and staffing agencies now find themselves at the mercy of workers who are demanding some of the best jobs and pay they’ve ever had.

“Every associate we work with, we’re fortunate to have them, because we’re all vying for the same labor pool,” said Lenny Nowakowski, who manages the Akron branch of Safe Staffing of Ohio. Nowakowski estimates the staffing agency’s five regional locations are serving 300 job seekers, as opposed to 600 before the pandemic.

“Unfortunately, we’ve been in this slump, for lack of better word, for at least the past year. And we would anticipate, or at least hope, that these things turnaround here with the additional unemployment money getting cutback,” he said.

“Hopefully, that gets the workforce in gear,” said Nowakowski. “But as of now, it’s just unbelievable.”

Job recruiters say the silver lining in this pandemic-induced labor shortage is that employers are raising wages and considering applicants with non-violent criminal records.

Ramlow said the owner of a distribution center in Akron increased his entry-level rate to $11 in July, “which was a big deal back then, and he also became a second-chance employer.” The employer then upped the pay to $11.50 in September, $13 in March, $14 in May and $15 in June. And there’s a $1-an-hour bonus for employees who stick around for 60 days and get hired on.

News:If workers don’t return to offices in Akron, what will happen to the municipal income tax?

“They are raising rates like there’s no tomorrow,”  Ramlow said. “And that’s just one client. It‘s not unusual across the board.”

“We’re just paying more. Everybody’s screaming about help. Pay them more and they’ll come in, right? I mean, dishwashers — we’re paying them $12 an hour (to start).”

Frank Hodges, a bartender at Pub Bricco in Akron’s Merriman Valley, regrets going back to work, at least financially.

“Honestly, the only reason I still do this is because I enjoy it,” Hodges said after mixing two martinis on a slow-going Wednesday afternoon.

Originally from Strongsville, the 25-year-old college graduate lost a bartending job in Columbus during the pandemic. So, he moved back to Northeast Ohio, where it’s cheaper to live.

He and co-workers said they lost their unemployment benefits the day they started working again because they earned too much, but not as much as unemployment was paying. Hodges now bar tends part-time and works full-time as a medical assistant making $15 an hour at the Cleveland Clinic.

He recently took home $15 in tips for an entire Sunday shift.

Even with his full-time job and bartending, Hodges said he would still make more per hour after taxes on unemployment.

There’s no shortage of reasons for the labor shortage.

The Beacon Journal knocked on doors this month to find a couple out-of-work residents, who spoke on the condition of anonymity about their lack of employment.

A man in Highland Square said he had a job lined up through a temp agency but came down with COVID-19. So, he’s restarting the job search process.

An immunocompromised woman who rents an apartment in the Merriman Valley said workers at the corporate office where she prepared sushi before the pandemic are still working from home. She’s got eight years of experience cooking but would prefer a job working from home, if she could find one.

Concerns about the virus persist.

Robert Half, a national job-recruiter with six locations in Northeast Ohio, surveyed thousands of workers in April. While the agency caters locally to the manufacturing industry, most clients offer office jobs, from administrative assistants, information technologists, customer service representatives and accountants to six-figure executive positions.

The survey found that 52% of respondents want colleagues to wear masks and think employers should require vaccinations. And 53% said they would feel uncomfortable sharing space with co-workers.

Child care is also a “big issue,” said Jen Claxon, a branch manager for Robert Half. Low wages have presented a particular challenge to finding workers for daycare centers.

“We’re also seeing a shift in the way certain companies treated their employees or what happened with employees during the pandemic,” she said.

Employers and job recruiters recognize that workers have the upper hand, and they’re using that newfound clout to turn down jobs they’ve hated for years.

“The restaurant industry has been notorious for abusing…hourly workers for decades,” said local restaurant owner Dave Sharp. “And now they (the workers) feel that they have the advantage, and they’re taking advantage of it. And I can’t say that I blame them, but it makes my life very stressful.”

Sharp owns the Bricco locations in Kent, which is doing alright with college students available to hire, and downtown Akron, which will remain closed for the foreseeable future. Sharp can’t find 20 qualified employees to reopen it, and he doesn’t think there’s enough business downtown for another restaurant right now.

Now You Know Akron podcast:Life after COVID, a roundtable discussion

“A lot of people who are out there looking are going to the privately owned restaurants,” said Amy Flener, a waiter with 20 years in the industry. “We want our holidays off. They’re (private restaurants) giving you benefits. They’re giving you opportunities to work your way up much more than corporate restaurants.”

Flener, like others in the restaurant business, got four-hours notice when Gov. DeWine and the Ohio Health Department shuttered their industry last year. Flener went back to the corporate restaurant where she worked and instantly made too much for unemployment.

She’s now making between $20 and $25 an hour, though some nights are slow. And she sees colleagues in the industry who see short-staffed restaurants with impatient customers and wonder, “Why would anyone come back to that?”

Mike, who asked that his last name not be used to speak candidly about his employment situation, quit his job as a furniture store manager just before the pandemic hit.

He was making $21 an hour as an assistant manager who felt abused by his employer. So, he started running food delivery orders through third-party apps in July. He said he’s on pace to earn $60,000 this year before expenses and taxes.

News:Summit County adds more than 37,000 jobs from depths of the pandemic a year ago

With no medical benefits but in good health, for now, he’s applied to several retail management jobs. If he gets through the online filter, he seldom gets a call back. When he does, he balks at the $14 an hour they’re offering.

“Never in my life have I had a problem finding another job,” he said. “Usually it happens in a couple weeks. This has gone on too long. Quite honestly, I’m fed up.”

The national labor shortage is more complicated than people simply not wanting to work, he said.

“They’re flat-out wrong,” he said of the headlines. “They (the workers) are fed up with corporate America. They’re trying to find a different direction. In retail, they don’t want to work their holidays anymore, or their weekends. I know a lot of people in these businesses who’ve switched. Even before the pandemic, it was hard to find retail help.” 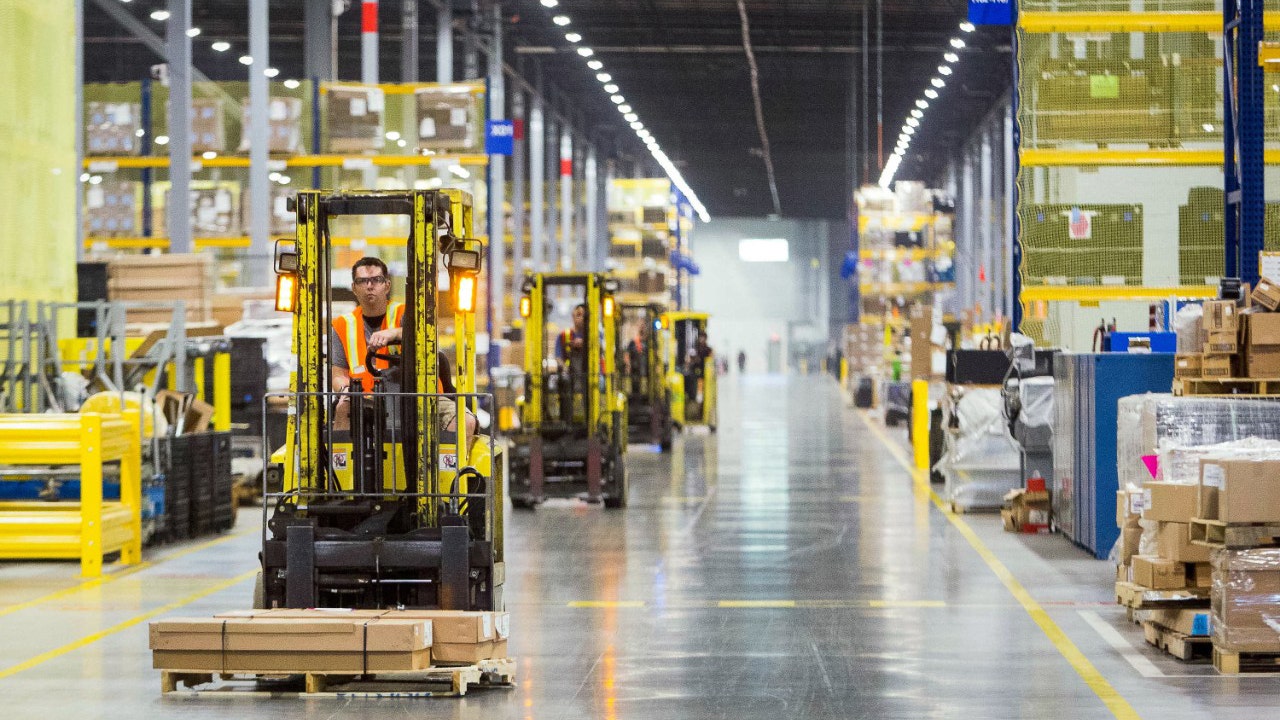