Over a decade of Republican dominance in Michigan, perhaps no individual has shaped school policy as much as Betsy DeVos.

Michigan has some of the nation’s highest concentrations of charter schools run by for-profit companies, and key aspects of their financial operations, such as teacher salaries, are shielded from public scrutiny. In Detroit, charter schools can open and close anywhere in the city at any time without input from local authorities. Teachers unions in the state are limited by so-called right-to-work laws and limitations on tenure and bargaining.

All of that is thanks, in large part, to DeVos and her billionaire family’s political influence.

Seeking to expand on those wins, DeVos and her family members spent at least $11 million to support various political causes in the 2022 election cycle, including the Let MI Kids Learn ballot proposal to create voucher-like scholarship accounts for private schools, and the gubernatorial campaign of Republican Tudor Dixon, who ran on a pro-school-choice platform.

But the November election turned out to be the most striking public repudiation of DeVos’ agenda since 2000, when Michigan voters overwhelmingly rejected a school-voucher proposal she funded. Dixon lost by double digits to Democrat Gretchen Whitmer, who made reproductive freedom the center of her campaign. And the Let MI Kids Learn proposal, which DeVos’ team failed to get on the November ballot, appears to have little chance of becoming law anytime soon.

Democrats won full control of the Legislature for the first time in 38 years and are now in position to undo some of DeVos’ signature education policies of the past decade.

Two of their top priorities are requiring charter schools to disclose more detailed financial records and rolling back a DeVos-backed law requiring third-graders to be held back if they are more than a grade level behind in reading.

So does that mean DeVos’ influence over education in Michigan is waning?

The Michigan Education Association would like to think so. MEA is the state’s largest teachers union and a longtime opponent of DeVos’ voucher initiatives.

“The far right don’t like her because she didn’t stand up for Donald Trump” after the Jan. 6 Capitol insurrection, said MEA spokesman Thomas Morgan. “And the left and middle have never liked her here in Michigan because of her repeated attempts to destroy public education.”

But few others are convinced that the election setbacks will halt the family’s decades-long pursuit of a school-choice agenda.

“It’s a loss, and all losses sting,” said Bill Nowling, former spokesman for the Republican Party of Michigan and a longtime campaign consultant. “Are these fatal moments (for DeVos’ agenda)? I don’t think so … . It’s something they believe strongly in, and they’re going to keep trying.”

DeVos was not available to comment for this article, a spokesperson said.

Supporters of her school-choice agenda say the change in control of the Legislature doesn’t diminish the urgency of their cause.

Before she was education secretary in the Trump administration, DeVos was chairperson of the Michigan GOP, a prominent member of the state’s richest family of political donors, and a driving force behind a wave of reforms that redefined the state’s school landscape.

Many DeVos-backed policies are now deeply embedded in the state’s education system and would be hard to undo.

Consider the cap on the number of charter schools that can be opened statewide, which DeVos and her political allies successfully fought to eliminate in 2011.

Teachers unions and other education groups fiercely opposed that move, but reinstating the previous cap would mean closing schools — never an easy political task, and one that would have the most impact in Detroit and Flint, which have large concentrations of both charter schools and Democratic voters. Any new cap without school closures wouldn’t have much effect on the charter school movement, because charter school growth has slowed.

Even the language that defines debates over teachers unions and vouchers bears DeVos’ influence.

“Vouchers were considered very, very radical in the ’80s and ’90s,” said Ellen Cogen Lipton, a state Board of Education member and former Democratic state representative from Huntington Woods who has been critical of DeVos’ policies. “Now they call them ‘education scholarships’ or ‘opportunity scholarships,’ and the terms they’re using have enabled them to change the conversation. They talk about rescuing kids from failing schools.”

Right-to-work legislation — which unions have blamed in part for declining membership — is another example of the way DeVos and her allies have established the terms of the debate. The phrase is widely used now to describe policies in Michigan and other states that free workers from requirements to pay union dues if their jobs are covered by a union contract.

Michigan Democrats appear to have enough votes to roll back some of DeVos’ favored policies, no matter how vigorous the opposition. But Democrats have a long list of priorities and a narrow majority that they’ll be forced to defend in just two years.

DeVos’ personal wealth allows her to be a forceful advocate of some of the policies that Democrats seek to undo, said Joshua Cowen, a professor of education at Michigan State University who has been critical of DeVos policies.

“She’s still a billionaire,” said Cowen. “She could outspend the public education community for the (equivalent) of what it costs you and me to go to the grocery store.”

DeVos is already a major funder of state advocacy groups that support her agenda, including the Great Lakes Education Project and the Mackinac Center for Public Policy. And she could support an additional public campaign against the changes Democrats propose, such as a requirement that charter schools disclose more financial information, including about teacher salaries, Cowen said. Such changes have been opposed by the charter sector, particularly by large for-profit school operators such as National Heritage Academies.

Meanwhile, spokespeople for Let MI Kids Learn have signaled that they’ll keep fighting for the tax-favored scholarship proposal, even though it likely won’t be certified until next year, when the Democratic-led Legislature would be able to vote it down.

If they succeed in putting the proposal on the 2024 ballot, that would also mark a major milestone for DeVos and her policies. Michigan voters would be able to weigh in directly on a DeVos-backed education issue for the first time since 2000, while the battle for control of the reconfigured state legislature would determine whether Democrats get more than two years to try to undo her education policy legacy.

And DeVos’ influence is likely to endure in electoral politics. It’s hard to win a Republican primary in Michigan without DeVos’ support, Nowling said. She has been strategic in contributing to PACs and candidates who will advance vouchers and school choice, he said.

The family gave a combined $50,000 directly to Dixon’s campaign. But they gave $6.3 million to Let MI Kids Learn and millions more to other conservative PACs that support private school choice, such as the Great Lakes Education Project.

They also gave $270,000 to the state GOP and contributed to dozens of individual Republican candidates’ campaigns.

Supporters of public school choice say their investment in their cause will pay off in the long run.

“We’re trying to make a groundbreaking change, so it’s certainly not wasted,” said Fred Wszolek, spokesman for Let MI Kids Learn. “We’re not convinced there’s not voters who don’t see this need for alternatives” to the public school system.

Even by DeVos standards, the 2022 contributions in Michigan were a big investment – $11 million this election cycle, not counting contributions that won’t be reported until the Dec. 2 filing deadline. In each of the last two midterm election cycles, they contributed just $3 million to Republican campaigns.

Given that push, the homestate setback has to sting, said Lipton.

“She has funded voucher movements in other states, and I think it’s really been a personal affront that in her home state, she hasn’t been able to get something that is really, really important to her,” Lipton said.

But DeVos has deep enough pockets to keep trying even when voters resist, Lipton said.

“People like the DeVos family, their fortunes are so vast,” she said. “I don’t know that they ever have the self-reflection (to say), ‘Gee, maybe what we want is not what the people want.’”

Choosing the best Online school for your child

Wed Nov 30 , 2022
The implementation of lockdown during the Covid-19 pandemic made parents consider online learning post covid. Several schools have since opened their (virtual) doors to prospective students. However, parents don’t always know how to determine these schools’ quality objectively. It has now become clear that over the past year, many schools […] 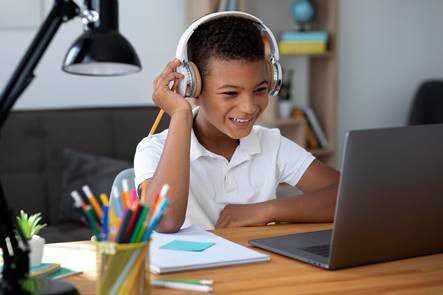