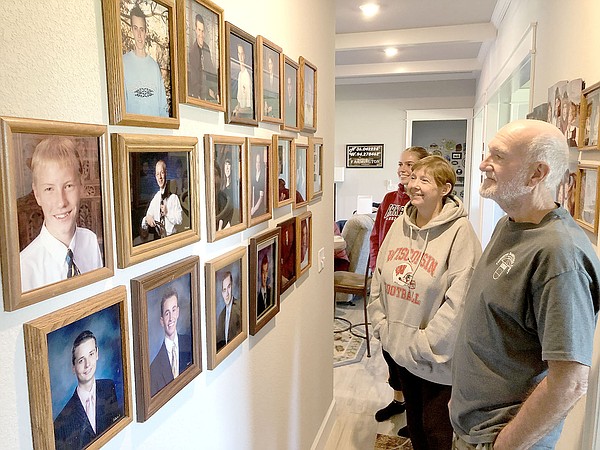 FARMINGTON — A Farmington family has hosted enough foreign exchange students that they are now hosting a “granddaughter,” the child of one of their earliest exchange-student “sons.”

Rich and Carol Bundsgaard hosted German student Stefan Klemmer in 1996-1997 when they lived in Jonesboro. Fast forward to 2021, and sitting at their table in their home outside Farmington is Klemmer’s daughter, Fiene. She is a high school junior enrolled in eight classes at Farmington High School and has joined its soccer and track teams.

With a wry laugh, she said she almost gave up on being a host family after their first exchange student in 1994, a boy from Denmark. She said the boy wasn’t interested in being part of the family.

Rich and Carol, who have hosted three sets of biological brothers over the years, see their exchange students as extended members of their family, their “sons,” and that’s what they said wanted to offer from the start, a family experience, not just a place to sleep and eat. Rich said the Denmark fellow wanted to do his own thing and wasn’t interested in joining them and their two daughters at meals or for outings. He was soon placed with a different family.

The experience was so disheartening that Carol said she wanted to give it up, but Rich said, “Let’s give it another try.” They were successfully matched with Matthias in 1995-96, then Stefan in 1996-97. The rest is, as they say, history.

The Bundsgaards have hosted 20 students, and of those, they keep in regular touch with 17, now 18 with the addition of Fiene. They made the decision to host only boys to give Rich “gender equity.” Their daughters, Valerie and Kim, smile from the center of 19 framed photographs arranged on a special “Wall of Shame,” as Rich calls it. Carol said they are waiting on Fiene’s photograph, which had just been taken at Farmington High.

Rich showed off snapshots of him holding Fiene (pronounced FEE-na) as an infant and with Stefan and Fiene when she was a toddler. Everyone teared up, appreciating the happy, somewhat miraculous circumstances that led to Fiene being placed with them. Fiene said she is “with family,” people she has known her whole life, her Opa (German for grandfather) and Babcia (Polish for grandmother, pronounced BAB-cha).

Fiene, who has long, blond hair, blue eyes, a fresh-faced complexion, and a smile a mile wide, said her father is her role model, and she loves her family and younger siblings very much. Talking about her family awakened a hint of tears, and her face contracted a bit. Besides missing her family, Fiene said she misses Milka, a German brand of chocolate, and her father’s spaghetti bolognaise.

Fiene said she talks with her parents every Sunday, and upon that statement, her face relaxed again, remembering a call would happen soon. She said she tells her friends back home that “people are friendly,” and the countryside is more open, more spacious, and “having cows for neighbors” is interesting.

Fiene, clearly at home with her Opa and Babcia, spoke with enthusiasm about joining the Farmington High track team. She said, “I ran my first 5K in 29 mins, but now I’m down to 25 mins., 13 secs.” She doesn’t seem to mind she’ll need to repeat her junior year back in Germany where academics are more strict, and she said many of her best friends are also doing an exchange year and are in the same boat.

Several factors worked for Fiene to be placed with Rich and Carol. For one, her parents had the resources. The more specific parents or students are about placement, the higher the costs. Rich said a year costs $10,000 to $11,000, on average, without making specific placement requests. The other reason Fiene could be placed with the Bundsgaards is they didn’t already have a student. Carol said they stepped away from hosting after the 2013-14 year because they felt, after hosting a total of 19 years, they needed to let other families in on the fun.

However, when they learned about Fiene’s situation, they said they completed required paperwork and took steps to be certified as CETUSA hosts because that is the program Fiene is here with. The acronym stands for Council For Educational Travel USA. Prior to working with this organization, the Bundsgaards said they hosted all their other years through the exchange student program called Academic Year in America.

The Bundsgaards’ practice of building family with their students fosters contact after their exchange year. They said Stefan invited them to his wedding in Germany, and the Bundsgaards have visited the Klemmers several times since then. Rich said he and Carol have attended five of their boys’ weddings, and they have visited or met up with their “sons” over the years.

“We call them our international families because we clicked,” Rich said. “We have especially bonded with seven or eight families.”

Both Rich and Carol are retired. Carol taught school for 38 years, the last 20 at Farmington High School in English and broadcast journalism, and she also taught and advised the FHS yearbook and radio station. She said she told her students not to make fun of her last name by calling her “Buns,” and from then on, she said with a huge laugh, “That was my name!” She retired in May 2020 as planned for several years, “not because of the pandemic,” she said.

Rich retired several years earlier from his job as director of the University of Arkansas Printing Services. Carol explained that Rich’s job included attendance every four or five years at an international printing conference, usually held in Germany. She said that allowed Rich to see some of their exchange sons more often than she could; however, she said, both of them have made it to Europe numerous times, and another trip is now in the works for an exchange son’s wedding in Poland next year.

Lisa Brecht, regional director of the Council for Educational Travel U.S.A., echoed what Carol and Rich listed as characteristics host families need for a successful experience: Besides being open-minded, host families will have better experiences if they are, as Rich said, “accepting, understanding of different ways of doing things, willing to accept unintentional criticism, open to conversation, flexible and intuitive.”

As an example of being intuitive, Rich talked about what to do if an exchange student is invited to a party. He said host parents need to ask questions about who will be there, how their student will get there and back, if adults will be present and all the questions parents ask their own children. He said a host family needs to ask those questions, to care for the students, to assume responsibility for them and keep them safe.

However, host families are not on the hook for every little whim a student might wish for. Rich and Carol encourage their exchange students to develop friendships, to find rides to team practices and other events, and to become involved at their school. Brecht said if host families have children still living at home and those children are expected to perform chores, the exchange student should be included in that, too, which she said helps the student feel part of the family.

Fiene said she helps with the dishes, keeps her room clean, and bakes cookies.

One thing she nor any exchange student may do is drive a motorized vehicle, according to CETUSA program guidelines.

A host family is expected to provide a bed with a frame that is reserved for the student alone, three meals a day with an extra place setting at mealtimes, and some transportation along with “an open heart” and “offered guidance,” but Brecht re-emphasized “parents are not at the exchange student’s beck and call.”

She said CETUSA takes “nearly every mixture of family you can imagine,” including single-parent homes and homes in which the hosts are not biological parents themselves. She said CETUSA looks for host families who are not biased or judgmental and who offer experiences that expose their exchange students to a well-rounded, supported, immersive experience.

Sometimes a local coordinator is available who will arrange outings and get-togethers for exchange students who are located within an area or region, but Brecht said it’s ideal when the host family itself can offer those kinds of experiences. Rich and Carol said they’ve visited the St. Louis Arch and other points of interest, both local and distant, multiple times with their students.

Students are also expected to come with open minds and hearts, a sense of gratitude and companionship, and a healthy curiosity about their host family’s culture and traditions. They are also required to pay for their airfare, for public transportation within the host city, and to have more practical things such as health insurance and spending money, according to cetusa.org.

Rich and Carol said students need about $250 a month for their personal expenses, and sometimes students may help pay for expenses related to travel within the host country.

CETUSA is governed by the Dept. of State/Homeland Security, Brecht said, and every host family and exchange student is screened. Rich said host families specify what their goals and hopes are for hosting, and students detail what they would like. When the program has found some possible matches, host families are provided with basic information, what Rich called a rap sheet, on those students, and from there, a student is selected by the family.

Brecht, who lives in Clinton and substitute teaches there, helps recruit host families. She said she and her family started out as a host family, but she began working for CETUSA as a local coordinator and moved up the ranks to her current position as regional director for Arkansas and Louisiana. She said the program normally includes about 1,300 students a year. 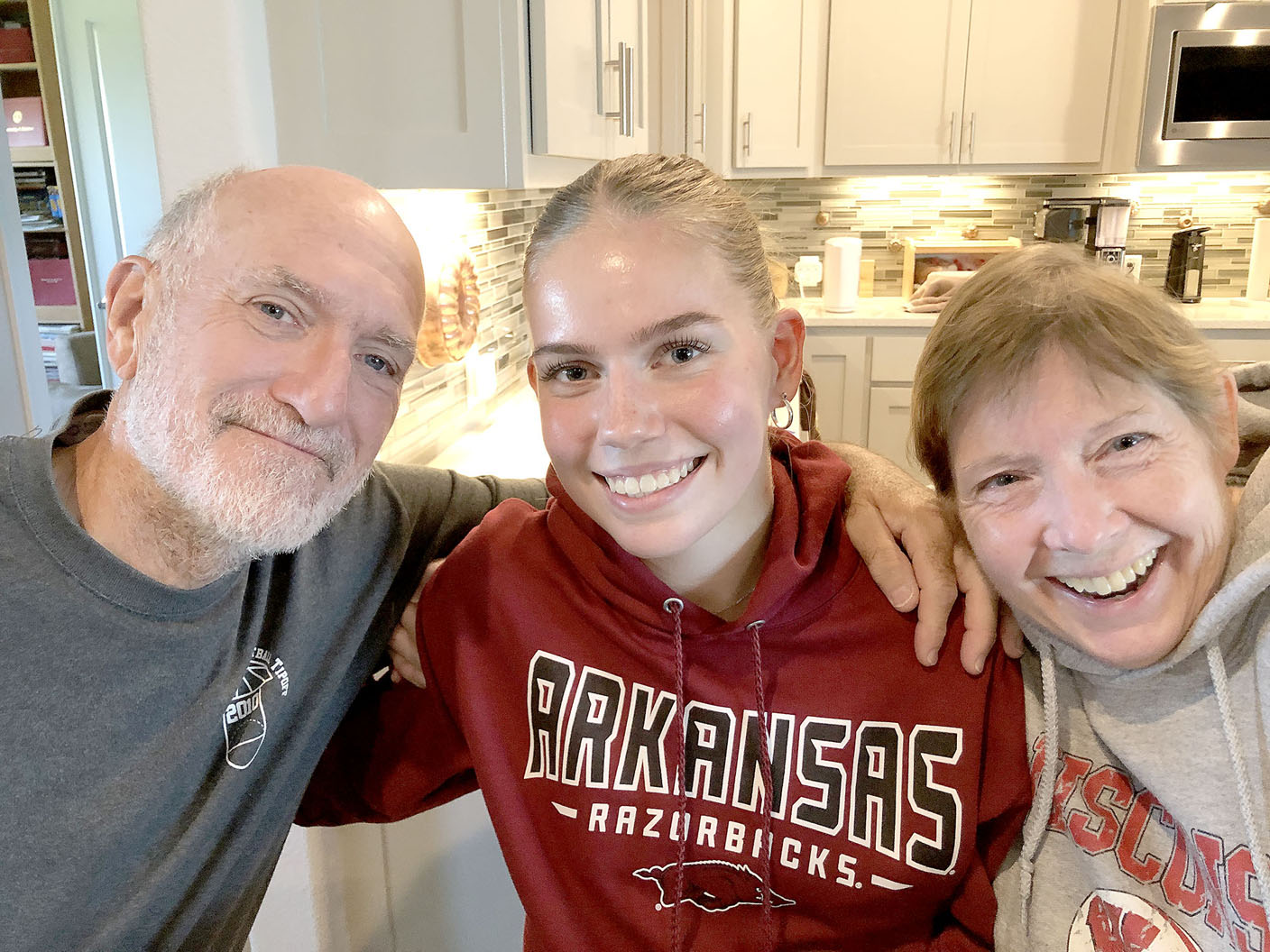 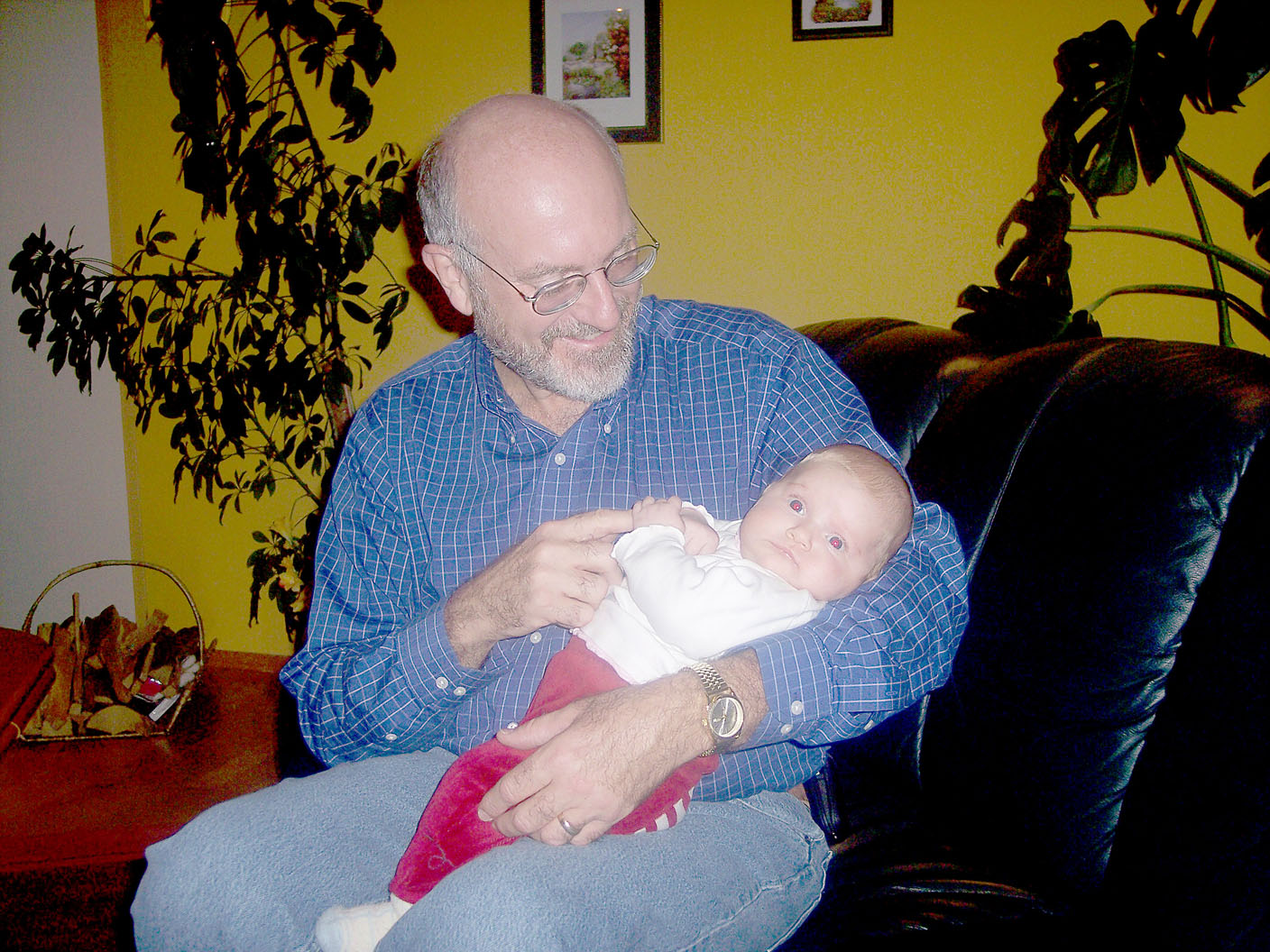 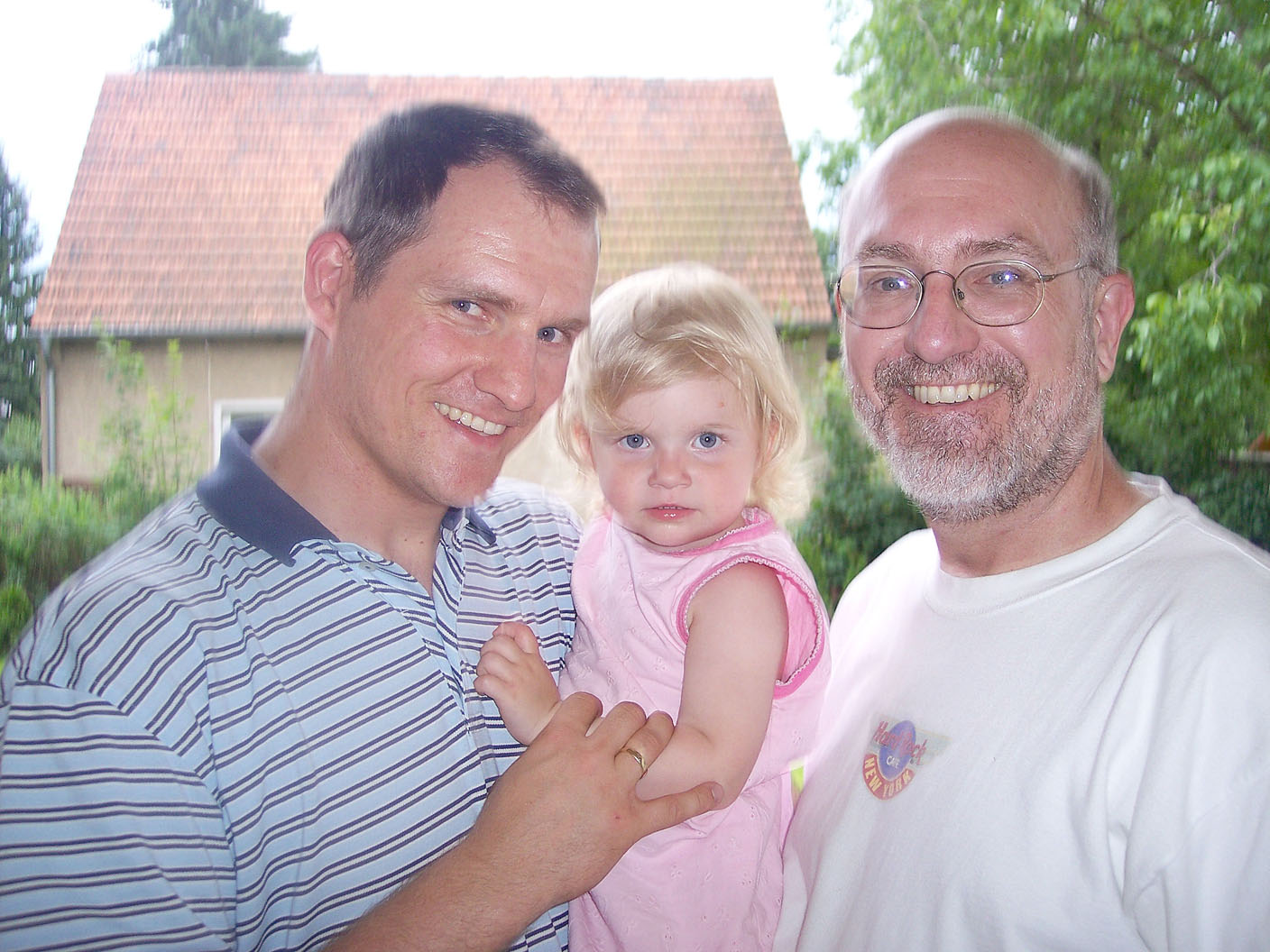 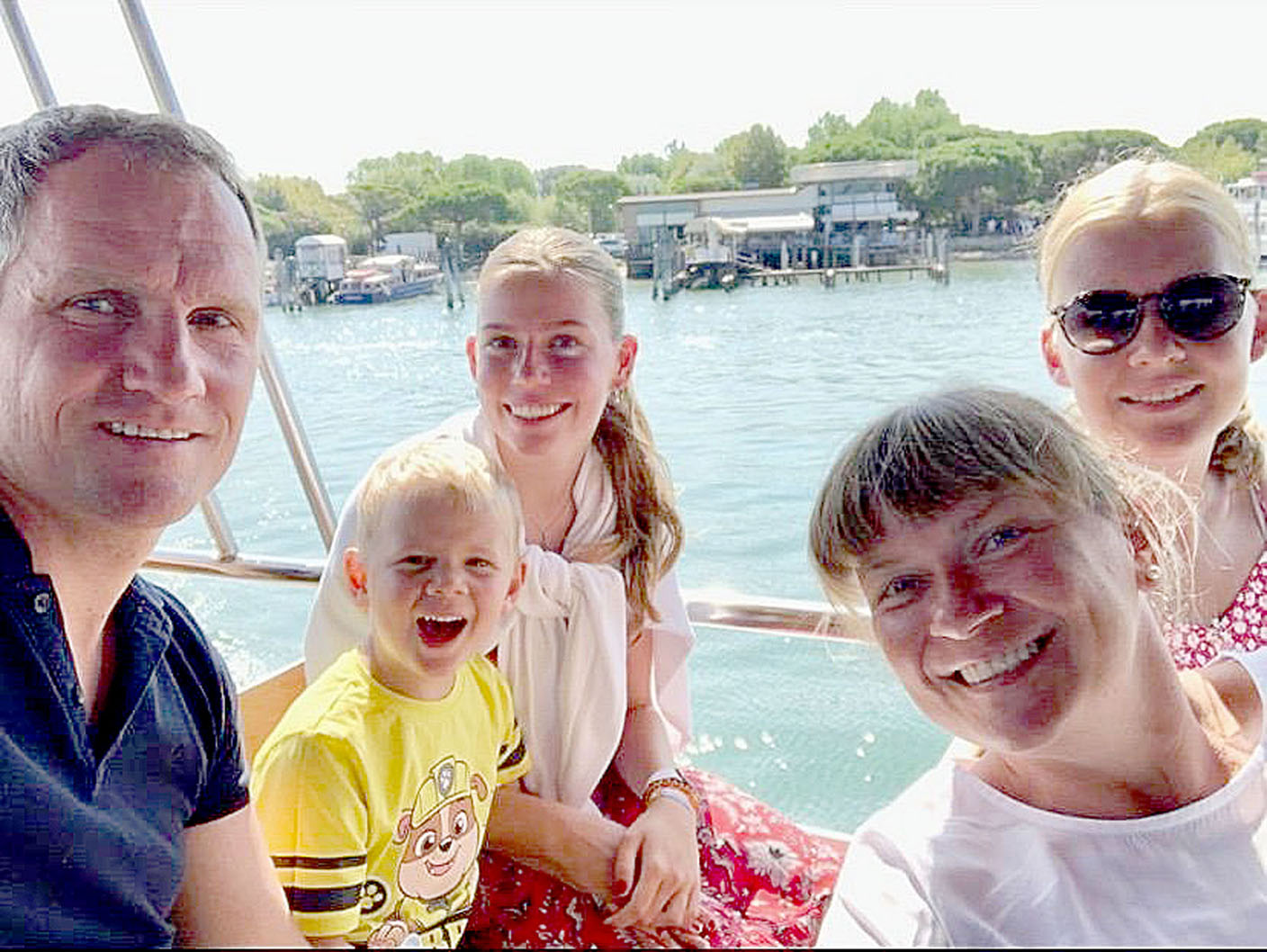 More than 10,000 NC students unaccounted for

Uncertainty for Chinese students in the United States 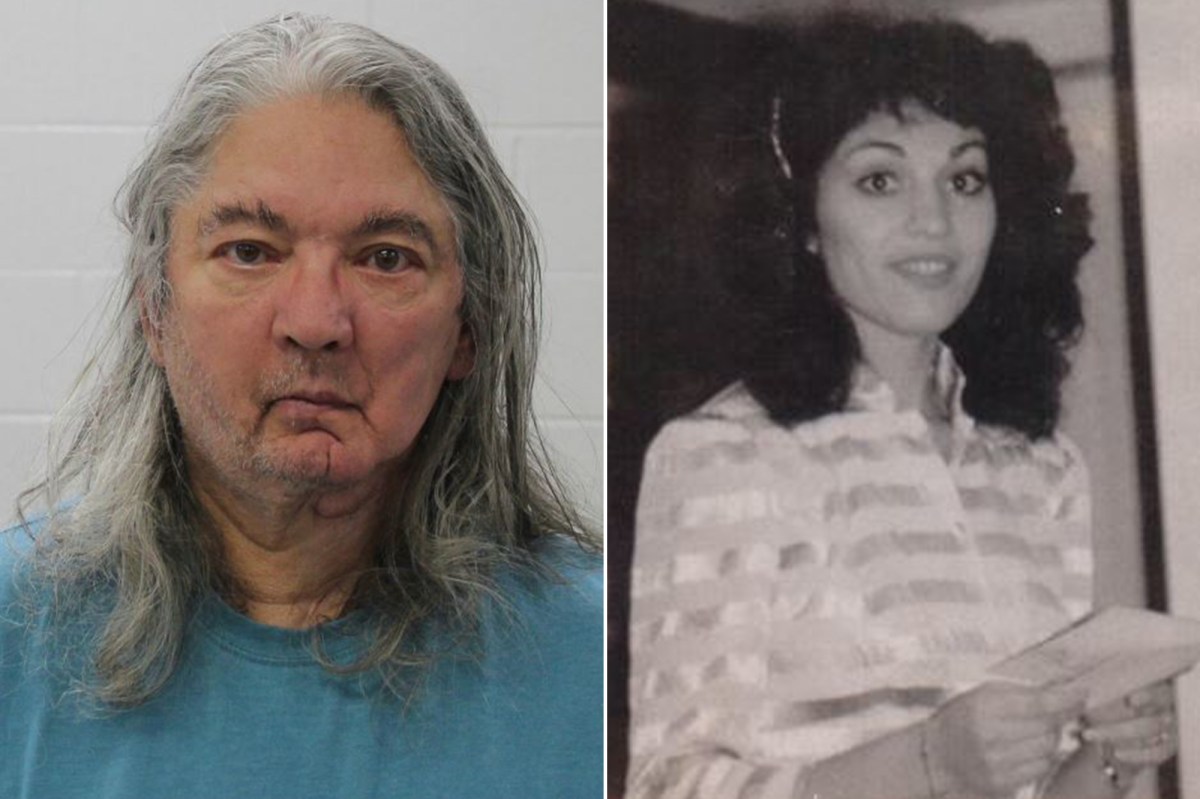