The privately held company, based in Melville, New York, in Long Island, will expand its Charlotte operations and add the jobs over the next five years, according to a release from Gov. Roy Cooper’s Office. The new jobs will pay an average salary of $87,500, and include roles in sales and marketing, fulfillment, management, technology and administration.

Intercontinental Capital Group is a mortgage lender, licensed to make loans in 44 states, according to its website. Since the financial crisis, more and more mortgages are made by dedicated mortgage lenders like ICG, as traditional banks such as Bank of America have seen their market share of home loans slip.

ICG could receive as much as $7.7 million in incentives from the state, paid out over the course of 12 years, if it meets certain requirements.

The city of Charlotte will give the company $109,661 in incentives. And the city is providing Intercontinental with $110,000 through an opportunity hiring grant, which will allow up to 44 residents to be hired through local workforce development agencies.

Dustin DiMisa, founder and CEO of ICG, said the company chose Charlotte in part because of the existing talent pool. And he said the company has already had success with its current Charlotte operations, which employs 179 people in an office in south Charlotte off of Park Road.

“I felt in my gut we would be more inclined to being successful there with attracting the talent and retaining it for years to come,” he told the Observer.

The city was competing with Indianapolis and Richmond, Va., which offered the firm over $15 million and $4 million respectively, according to a state document.

Daniel Wilson, ICG’s chief operating officer, said the company is evaluating potential locations, including in South End and SouthPark, for the the employment hub, but could also expand its current space.

It’s the latest corporate expansion for Charlotte even as the pandemic unleashed a wave of unemployment this year.

In July, health insurance giant Centene Corporation announced it would establish an East Coast headquarters in Charlotte, bringing 3,000 jobs. And British electric vehicle maker Arrival is opening a North American headquarters in South End, a move that will add 150 jobs.

ICG was founded in 2005 and CEO DiMisa formerly worked at the scandal-ridden home lender Countrywide, according to his Linkedin profile. Bank of America bought Countrywide in 2008, in the midst of the mortgage crisis.

ICG is not without its own baggage.

In 2015, the company and DiMisa were sued by the U.S. Department of Justice for their role in alleged fraud of a federal mortgage program that was perpetrated by a charity and multiple mortgage lenders. ICG, DiMisa and another executive settled for $424,859.

DiMisa said there were many companies that were part of the complaint, and that his firm settled because it was the most “appropriate thing to do.” He also said the industry was over-regulated for many years.

Additionally, the lender has been fined and censured by several states for its practices, which regulators have often alleged are misleading.

Last year, regulators in Washington State accused ICG of making “false, deceptive,and misleading statements” about its mortgage lending, amid other misconduct claims. The company agreed to a $150,000 fine, but did not admit wrongdoing. ICG has also been fined by regulators in New York, Massachusetts and Connecticut.

When asked about the firm’s response to the suits against the company for deceptive marketing practices, DiMisa said the company has learned from the process. He said it is now “extremely compliant” with marketing regulations.

He said what he calls “trick and trap” marketing, where lenders advertise rates they can’t honor, is common in the mortgage lending industry. “Having those consent orders in an odd way has become a blessing because it teaches you that trick and trap marketing … is the wrong thing to do,” he said.

ICG also has connections to LendingTree, the Charlotte-based loan marketplace.

In a job listing this year, ICG said its leadership team had over 20 years of experience at the loan marketplace. LendingTree once sued ICG for poaching its employees. The home lender’s chief technology officer, Kamelia Dianati, was previously an executive at LendingTree.

Danielle Chemtob covers economic growth and development for the Observer. She’s a 2018 graduate of the journalism school at UNC-Chapel Hill and a California transplant.

Tue Dec 22 , 2020
Miguel Cardona, education commissioner in Connecticut, has accepted President-elect Joe Biden’s offer to serve as secretary of the Department of Education, according to people familiar with the matter. Why it matters: Cardona will be responsible for leading a reopening of the country’s schools, which Biden has pledged to do within […] 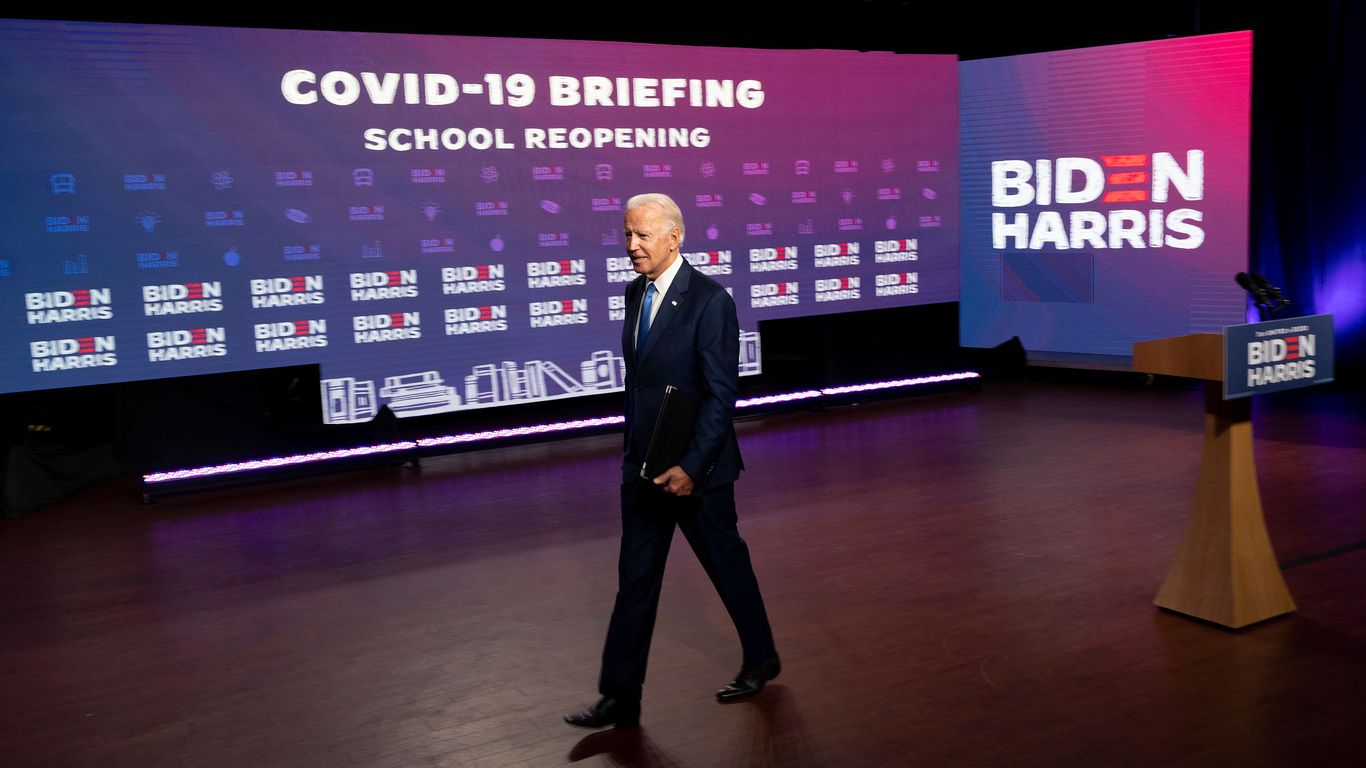