In 2020 the worst job report in history was soon followed by the best job report ever. In April almost 21 million people lost their job, while only two months later in June almost 5 million were rehired. However, only 245,000 new jobs were created in November and there were still just under 10 million fewer people employed than in February before the coronavirus hit.

When the U.S. Labor Department releases its monthly jobs report there are two main statistics people focus on; the unemployment rate and the number of jobs created. However, there is a wealth of other statistics that are available in the report. Below are 15 charts that help fill in the overall job market situation.

In February there were 152.5 million people with jobs. Over the span of two months over 22 million people lost them. There was a quick rebound during the next six months as 12 million were rehired. However, the number added each month has fallen and it appears it could take years until employment reaches the level it was at the beginning of the year.

When viewed on a rolling 12-months basis the economy had been adding over 2 million jobs for the past 8 years. The recent collapse in the job market is worse than during the Great Recession.

U-3 is the government’s label for the headline unemployment rate released each month. It spiked above the Great Recession’s level but quickly fell.

However, the core unemployment rate has not seen the same rebound. Keeping an eye on this is critical to the long-term health of the job market.

This is a longer term view of the core unemployment rate.

The weekly initial unemployment claims decreased to 803,000 in the most recent week and have essentially been flat since September. They are also at levels not seen even for one week during the Great Recession.

And continuing claims remain around 14 million which have not been extended due to President Trump refusing to sign the relief bill.

Long-term unemployed could scar the economy

The longer someone is unemployed the greater risk to that person’s financial situation and the damage it does to the economy. The Labor Department’s definition for long-term unemployment is 27 or more weeks. This number has risen to 3.9 million as of November and the median number of weeks anyone has been unemployed has doubled from 10 to 20 this year.

The percentage of people whose unemployment status changed from temporary to permanent is almost at the levels reached during the Great Recession.

Economic damage has devastated some industries

It is not surprising to see that the Leisure & Hospitality industry has been hit very hard by the coronavirus. It is a bit surprising to see Mining & Logging coming in at number two, but this may be due to the oil and gas companies being part of the sector.

Drilling down there are some sub-sectors that have been hit very hard.

Many of the hardest hit industries employ lower wage earners. This chart shows these people being impacted and to compound their stress they are very unlikely to have savings to fall back on.

Job losses have been much greater during this downturn compared to the previous three economic downturns.

Sun Dec 27 , 2020
MacKenzie Scott, seen here with ex-husband Jeff Bezos before their divorce, has given hundreds of … [+] millions to colleges serving disadvantaged students. (Photo by Jörg Carstensen/picture alliance via Getty Images) picture alliance via Getty Images MacKenzie Scott has given away more than $4 billion over the last four months, […] 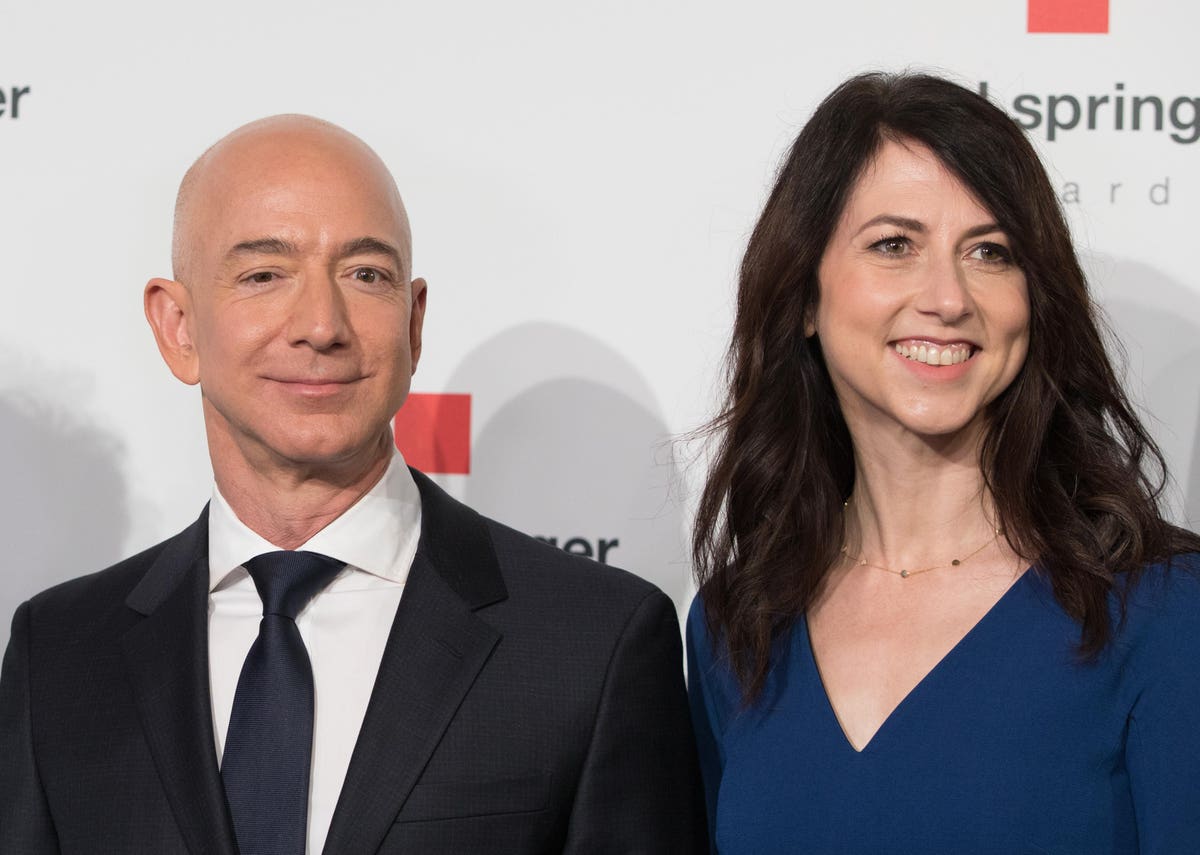